A powerful subversion of craft as a vehicle for activism and social change.
Rebecca Curtin 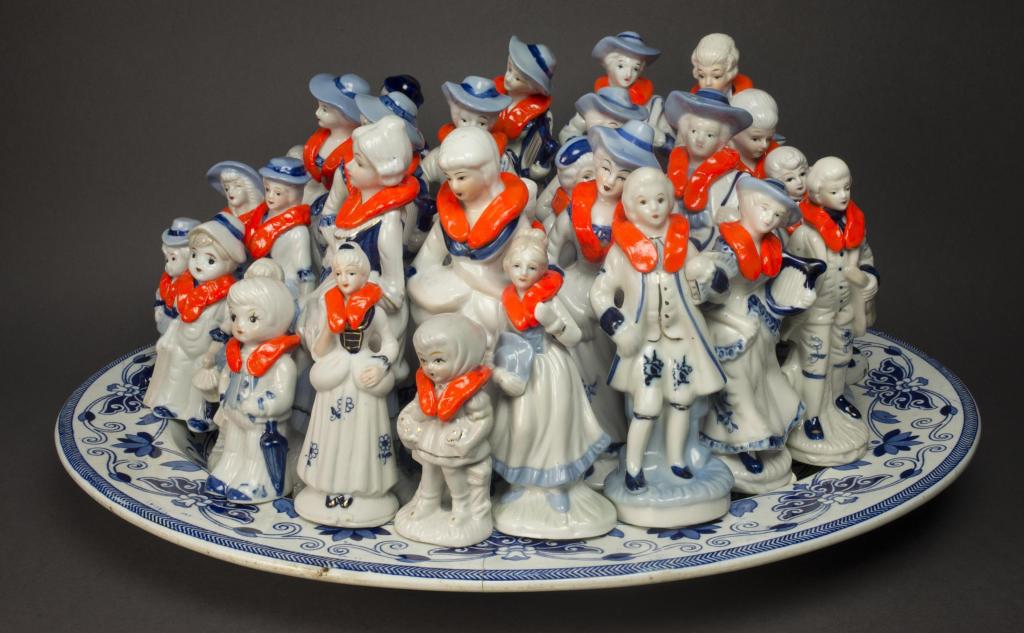 Craftivism. Dissident Objects and Subversive Forms is an exhibition of the work of 17 contemporary Australian artists who use craft-based materials and techniques for political intent. Curated by the Shepparton Art Museum (SAM), Craftivism is touring nationally by NETS Victoria over a two-year period.  Broadening our understanding of craft-making traditions, the artists in this exhibition subvert and extend these forms into the realm of activism and social change, exploring the ideas and issues of our time.

Anna Briers, SAM co-curator said, ‘Gender, representation and identity are ever-present, because ‘the personal as political’ remains relevant today. Many artists are engaged with environmental politics and climate change, while others are concerned about contested borders, immigration and democracy. Many embrace relational production processes that implicitly promote collaboration and social connection.’

Many of the works are disarming in their humour and simplicity. Penny Byrne’s #EuropaEuropa (2015) is a collection of kitsch ceramic blue and white figures like you would find on your grandmother’s sideboard. Clustered together and adorned with orange life vests, they represent the perilous journey undertaken by asylum seekers and are transformed into vessels of protest and dissent. Ramesh Mario Nithiyendran’s Pewter dickhead 2 (2015) is an irreverent androgynous character wearing a necklace, blue eye shadow and lipstick which explores the fluid and performative nature of gender.

According to Briers, ‘broadening our understanding of craft-making traditions, the artists in this exhibition subvert and extend these forms as vehicles for activism and social change, reflecting on the world in which we live. While some respond directly to artistic or political movements, others encourage social connection between community members with works that require participatory activation through collective processes.’

First Nations artists’ work is on display through works such as James Tylor’s Un-resettling 2018 series and the Erub Arts Collective woven vessels. Tylor uses photography, a medium used to document Indigenous people in the 19th century, as a means to rewrite historical omissions through the inclusion of Indigenous agricultural tools and techniques. Erub Arts, introduced by the Indigenous alliance GhostNets Australia to the medium of reclaimed fishing nets, weave vessels to strengthen community connections and send a powerful message about marine preservation.

The exhibition has varied opportunities for visitors to interact with the artworks. The biggest and brightest example is Archiloom (2018) by the Slow Art Collective, a project led by Chaco Kato and Dylan Martorell. Rejecting the idea of art being about ‘heroic’ objects made by elite artists, they invite the public to add recycled fabric, such as rope and fabric, to the installation in forms such as knots or weaves. This slow art, like slow food, emphasises the importance of taking time for creativity and sustainability.

Visitors can also listen through headphones to Tai Snaith’s podcasts of conversations with three female artists while contemplating Snaith’s three ceramic wall works created in response. Titled A world of her own (2018), the work functions as a unique document of trans-generational feminisms. Or sit down and immerse yourself in Deborah Kelly’s Lying Women (2016), a four-minute video that uses collage to disrupt art’s historical narratives around female representation.

Craftivism is an exhibition that challenges visitors to reconsider activism through the lens of craft and everyday objects. In an age where forms of protest for social change are necessarily having to evolve and adapt, Craftivism is an invitation to see craft in a new light.

Rebecca Curtin is a Canberra-based writer who has written for Shanghai Family, Lifeline Shanghai and Parents & Kids Shanghai.