A complex, provocative and almost absurdist theatre production that surprises as much as it confronts.
Arjun Rajkhowa 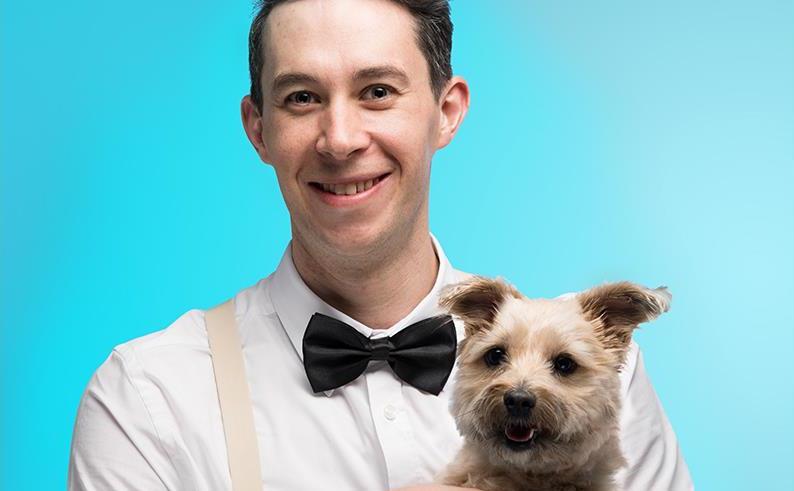 Darcy Whitsed is an actor one would hope to see more of in the future. Image supplied.

Produced by Gavin Roach and performed by Darcy Whitsed, Awkward Conversations With Animals I’ve F*cked is a black comedy that unexpectedly delves into dark territory and takes you to unfamiliar places. Complex, provocative and almost absurdist theatre that surprises as much as it confronts, it is likely to be a very unusual experience for anyone who watches it, especially as part of a comedy festival. In fact, even its promotional material belies its breadth and scope. But it is certainly well-delivered.

This is not a play that’s easy to write about. The overt storyline of the show takes the title, bizarrely and troublingly, quite literally, and is meant to provoke horrified laughter. But the subtext of the play is profound. It explores the narrative arc of the life of a broken, ostracised, devalued and isolated young man whose constant craving for affirmation and affection, so often thwarted, ultimately leads to his demise.

It is clear that the play can be watched on two levels: the surface level, where the obviously provocative and confronting comedy sits, and the subtext, where the tragedy of the play sits. It is difficult to explain how the two levels of meaning can seamlessly co-exist but surely they do. Playwright Rob Hayes’ ability to horrify with his outlandish comedy, and mollify with his pitiable tragedy, is remarkable. However, it must be said that not everyone will see beyond the overt comedy (the audience’s reactions conveyed this) and it may take a bit of reflection to get to the subtext.

Darcy Whitsed is a talented actor whose ability to delicately and convincingly balance the comedy and tragedy in each scene is startlingly good. Whitsed takes us to uncomfortable and confronting places, both in comic and tragic moments, and does so with an unfaltering, unwavering eye on the vision of the play. He shows us vulnerability, loneliness and, arguably, a descent into helpless self-destruction with little to no artifice. He is fully present on stage, and he can convey strange thoughts and familiar feelings with natural elan. He is an actor one would hope to see more of in the future.

The highlight of this show is the flawless performance and delivery. Its primary challenge is the outlandish and confronting (overt) storyline, which seems to deliberately seek to make the audience uncomfortable. Awkward Conversations With Animals I’ve F*cked is an experience for the thinking theatre-goer, who can see beyond the uncanny comedy and look into the dark emotional complexity it conceals.