A lively show with impressive set design that shows the Dr Seuss classic is as popular as ever.
Jack Latimore 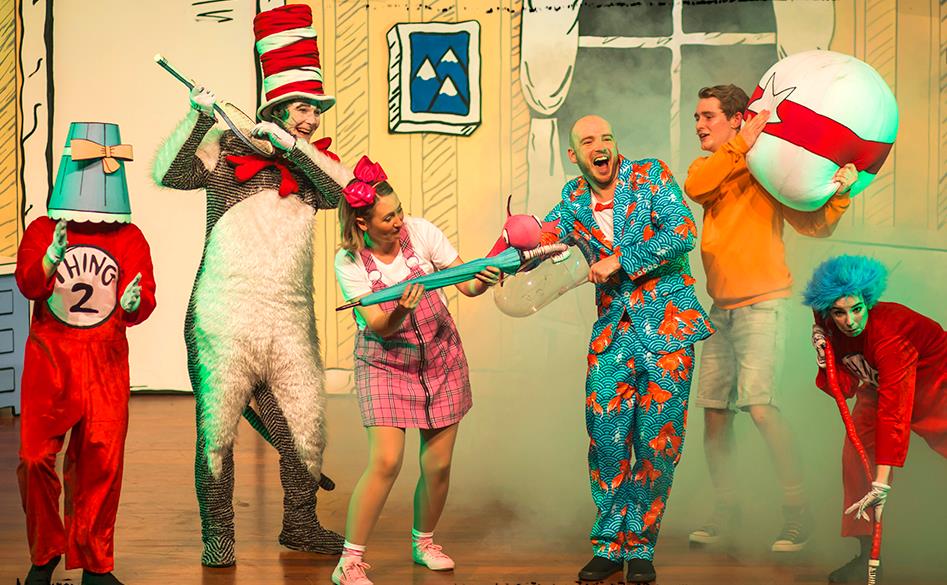 Adapted for the stage in 2009 by the National Theatre of Great Britain, Cat in the Hat is now touring Australia.

There are few children’s books as iconic or well-loved as Dr Seuss’s Cat in the Hat. So it’s no surprise that this stage production based on the book was hugely well-attended and sold out for many of the performances.

Theatre-goers were not disappointed, being rewarded with a lively show with notably well-choreographed sound effects, stacks of slapstick, oodles of absurdity and several incidences of very well-received toilet humour.

Set design was impressive, true to the seemingly animated surreal, saturated illustrations of the book.

The performance included several gags for the benefit of the adults in the audience as bonus extras on top of the original Dr Seuss text: one example was Cat in the Hat doing an uncanny impersonation of the guitarist Slash from metal band Guns and Roses.

This particular production also included audience participation in the form of some dancing segments, which was greatly appreciated by parents of restless kids.

But really, there wasn’t a lot in this for the adults in the audience – that’s okay, because being a school holiday production, this was all about the kids and they absolutely loved it. Looking around the stalls, it was heartening to see that in the age of Xboxes and YouTube, the cult classic is as popular with the next generation as it has been with millions of children since its original publication in 1957.

Written under the Dr Seuss pseudonym by American author Theodor Seuss Geisel, over 10 million copies of Cat in the Hat have been printed and it’s been translated into more than 12 languages, including Latin.

All in all, the show was a perfect way to spend a cold wet Friday during the spring school holidays.

Jack Latimore is a Birpai writer based in Melbourne. He is the editor for NITV News and occasionally a columnist for The Guardian.