Despite fame and fortune, a philanthropists reveals the levelling effects of illness.
Susan Francis 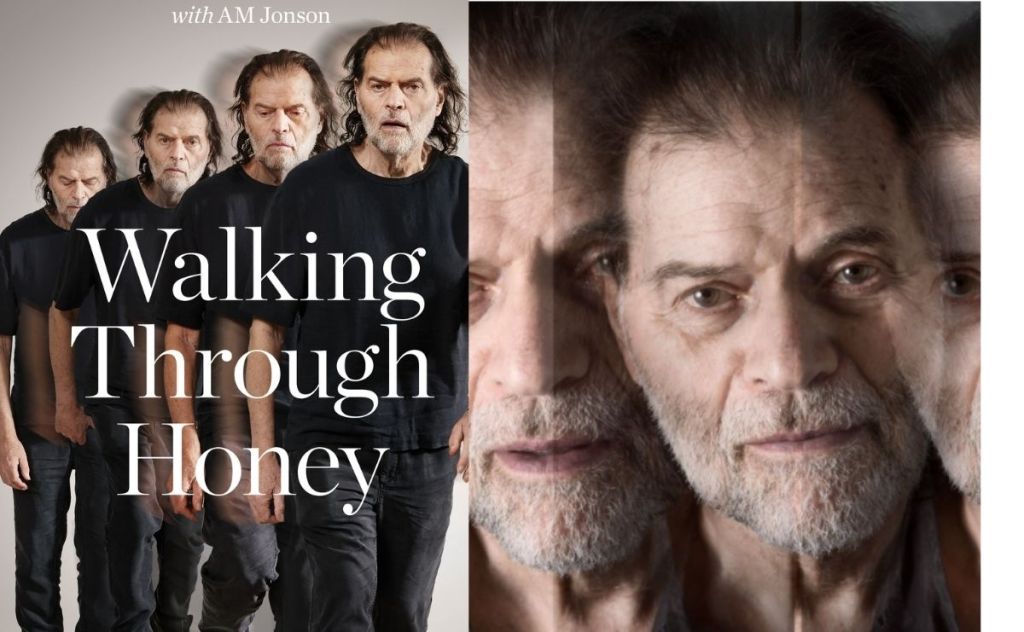 In the year 2000, Brian Sherman was a board member on the Sydney Organising Committee for the Olympic Games, an event that many people judged to be the most successful Games ever held. He has been recognised for his ‘distinguished career in business … President of the Australian Museum Trust from 2001 to 2009, and Director of Network Ten from 1994 to 2007…’ He was also ‘appointed as a member of the Order of Australia in 2004 for service to the community as a philanthropist and benefactor to the arts…’

In Walking Through Honey, a follow up memoir from his debut, The Lives of Brian, Sherman details his long physical and mental decline due to Parkinson’s disease. Stating his story ‘is not one of redemption and deliverance’ he acknowledges his good fortune and loving family. Yet, sometimes, as his story reveals, no matter how much money you’ve earnt, what connections or influence you hold, barricades remain for even the most tenacious of spirits.

This new memoir opens awkwardly with a gushing foreword from Jeffrey Masson, expounding on the admirable aspects of Sherman’s character. A series of diary-like entries explain his difficulty finding a medical diagnosis and the various treatments and medications he pursues. Interspaced with images of his artwork are the multiple exposure composite photographs by Gary Grealy representing the ill-defined world through which Sherman moves. Reflections from family are inserted throughout, printed in a jarring red font. The piecemeal construction is meant to reflect Sherman’s life with Parkinson’s. It doesn’t necessarily work.

In welcome contrast, Sherman’s voice resonates honestly and single-mindedly, never sinking into sentimentality. His courage elevates the narrative, ‘in the end we bear our battles alone, and this one does not end in victory’. The physical experience of the disease is also skilfully evoked, ‘I’m sitting in the sunroom noticing my hands. Both feel very strange. There is a sensation of ‘wooliness’, as if I could pull a couple of strands of yarn from my palm…’

Sherman seeks relief wherever he can find it. With access to money and connections, he subjugates himself to painful and invasive remedies, ‘My treatment is administered via lumbar puncture and an intravenous drip. Under light sedation, I am placed on my side on a surgical table, with my back near the edge. I’m required to bend into a foetal position to separate my vertebrae and enable the needle to be inserted…’. He travels for help to Israel and the US. Fills his afternoons with, ‘drumming lessons, speech therapy, physiotherapy sessions … [a] yoga breathing teacher comes to the house, as does my message therapist.’ Each and every hour of his life is occupied by psychotherapists, various cutting-edge specialists, psychologists and the use of alternative therapies including, ‘acupuncture, kinesiology, herbal medicine and injections of glutathione’.

Although Walking Through Honey is a book about a man blessed with good fortune and fine family, struggling to accept why such a terrible sickness has come for him, subtextually it highlights the broader topic of Australian inequality. If this is the cost that Sherman paid, what happens to those individuals unsupported by family, suffering in poverty or denied treatment through difficulties with access? If a man like Brian Sherman is forced to travel to such lengths to manage and find some relief from this chronic and debilitating disease, what chance does anyone else have?