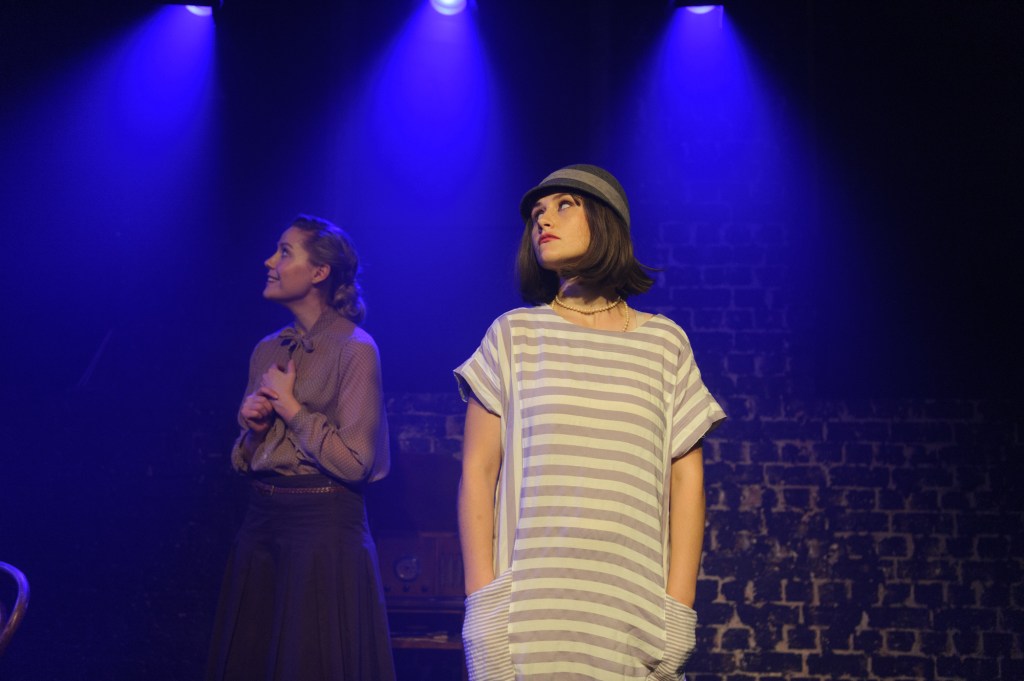 Some chance meetings are guided by kismet. When playwright Diane Stubbings and director Lynda Fleming met at the Victorian College of the Arts, they were both working on different plays about the same story. These two women, together with a stage designer, a sound designer, and two actresses create one of the most polished performances this side of the pandemic: a tour de force about the daughter of James Joyce, and events that lead to her arrest and incarceration.

2022 marks the 100 year anniversary of the great year for modernism that saw the publication of The Waste Land, the death of Proust, and the publication of Joyce’s Ulysses (on his 40th birthday). The story of his daughter Lucia is less well known but as rewarding for students of feminism as students of modernism. The winner of an international dance competition in Paris and lover of the emerging playwright Samuel Beckett, Lucia was taken ill with what was eventually diagnosed as schizophrenia. In a touching footnote to the devotees of Joyceans, every year poems and plays are read at her graveside in Paris.

Melbourne is just as active as any global metropolis in the observance of Bloomsday on Thursday 16 June, the historical date in which the protagonists of Ulysses wander the streets of Dublin. But this year, Bloomsday comes early at La Mama, with memorable results.

Performers Mariska Murphy and Tenielle Thompson are impressive in their ability to stay in regionally authentic and convincing Irish accents, even under the strain of big emotions and a fluid stage set up that, in some moments, brings physicality to the fore.

Solas is the as Gaeilge word for light, and the play recounts Lucia (in the play known as L) going to to stay at the seaside cottage of her cousin, B, in a series of events that would lead to L’s eventual incarceration. An emotive script, geared to a number of textured set-pieces interspersed with domestic dialogue, evokes the sense of being in a seaside town at the edge of the world.

Andrew Tomney’s sound design provides a delicate but eerie accompaniment that accents the emotional insights of the script. The lighting design by Shane Grant, accentuated with a single bare bulb, is wonderfully evocative of a particular time and place, contributing to the intimacy of this two-hander.

The performance I saw was extraordinarily polished, with cues, movement and dialogue working effectively and on point in a production that was at times affectionate, at times harrowing, at times wistful story.

Solas will be performed at La Mama HQ, Carlton until 5 March 2022