An ambitious and complex novel of love, life and death from a Miles Franklin shortlisted author.
Ned Hirst 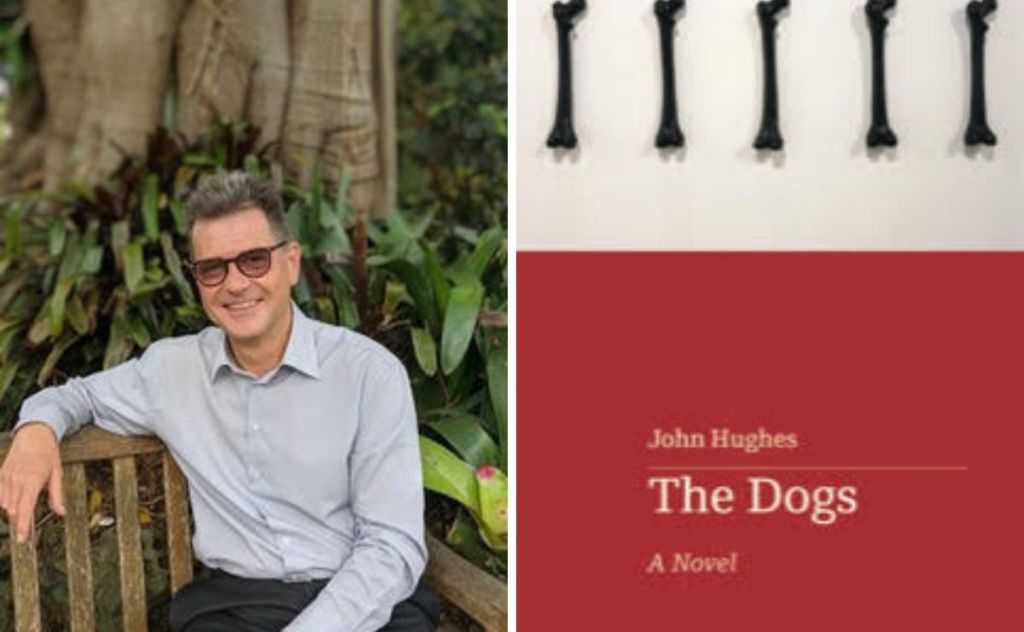 Michael Shamanov’s mother is dying. The Dogs, John Hughes’ first novel since the Miles Franklin shortlisted No One, opens with Michael arriving to visit her in the nursing home in which she has lived for two years. ‘For reasons that do me no honour’, as Michael tells us, he has not seen her since she was admitted and he left her there. Michael is a successful screenwriter and makes a very cerebral narrator. The narrative unwinds slowly, with frequent discursions into art, history, memory and metaphor.

Although the prose is hardly sparse, I nevertheless got the impression that something was being withheld. It is not that Michael is incapable of self-reflection (indeed he sometimes engages in lacerating self-criticism) but we learn just as much from gaps and elisions. Sentences like ‘I’ve never liked the theatre. Sitting in the crowded dark, watching full-grown men and women trying to make you forget the fact they’re pretending to be other full-grown men and women’ seem to tell us about something deeper than the theatre.

Although she is rapidly succumbing to dementia, Michael wants to recover as much of the story of his mother’s youth as still exists. It is quite a story; the daughter of a Russian prince and an Italian opera singer, she met Michael’s father, with whom she initially shared no common language, and emigrated after the war. It is also a story, as Michael will learn, with a dark secret at its centre.

These elements form the nucleus of the novel but there are other threads as well: Michael’s relationships with his ex-wife Sarah and his son Leo and his budding romance with his mother’s carer, Catherine. The story skips between Sydney, Newcastle and the Gold Coast while his mother’s recollections and the story of her parents take it still further afield: Paris, Venice and Moscow.

Of this complex tapestry, only Michael’s relationship with Catherine strained my credulity. Catherine serves a necessary narrative function as she bridges the gap formed by the two years Michael has spent avoiding his mother. Perhaps, too, the otherwise elusive Michael needs someone to dig into those parts of his psyche he would rather ignore. But Catherine is otherwise a slightly flat character, her own dark secret notwithstanding. What she sees in Michael is not clear and I could not quite get to grips with their relationship.

The novel’s ambition is colossal, one of the many ways in which it reminded me of Patrick White’s The Eye of the Storm. It is a novel concerned with the big questions of life and death but it impressed me just as much with its treatment of the mundane and ordinary. Although the sheer number of Michael’s asides slows the narrative down inordinately, at its very best, the prose is magnificent. Those who know Sydney might read sentences like ‘Darling Street awash in luminous beams, tart with the breath of snarling, bodiless creatures, all bright and blinding eyes. The city singing to itself in clanging gears, idling bass chords, syncopation of horns, street cleaner timpani’ and recognise the truth of an experience they didn’t previously think it was possible to reduce to words.