A memoir documenting a lifelong love affair with the written word.
Ellie Fisher 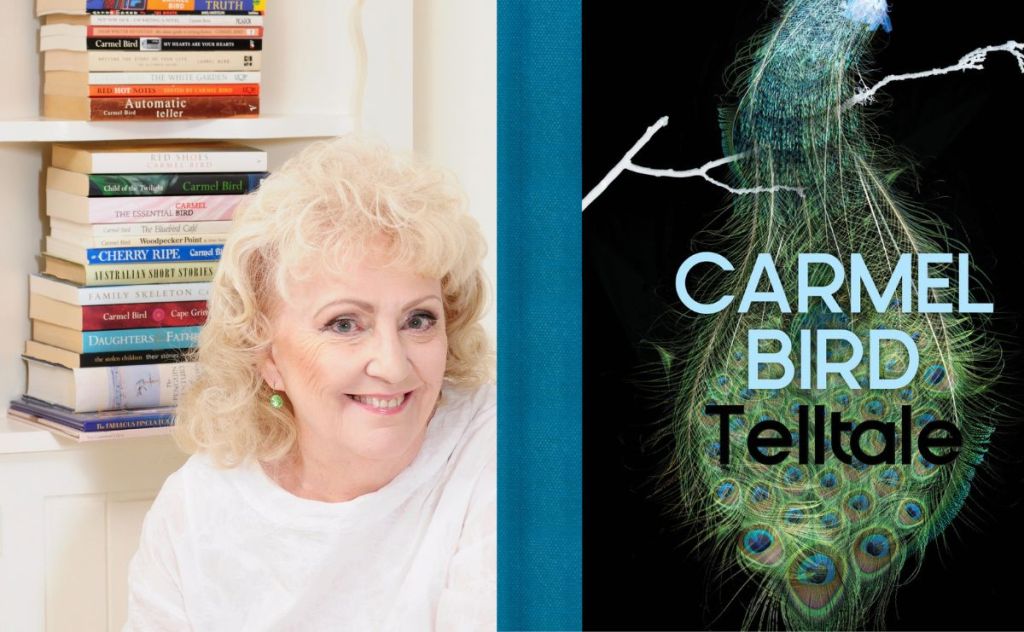 ‘Bird embarked on a journey to reread the texts which shaped her as a person, a reader, and a writer.’ Photo supplied.

The onslaught of the coronavirus pandemic in the early months of 2020 – and the subsequent lockdowns which followed – provoked different responses in people. Some saw the periods spent confined inside as a depressive ode to lost time; others eagerly experimented in hobbies or binge-watched Netflix.

Carmel Bird – like many writers – spent lockdown reading. In the ‘strange beauty of the stillness of the solitude suddenly brought about by the pandemic’, Bird embarked on a journey to reread the texts which shaped her as a person, a reader, and a writer. Telltale is the result. Part-reading diary, part-intertextual memoir, Bird takes us on a narrative voyage of her bibliophilic life.

In re-reading texts, Bird pauses to ‘reflect on the differences delivered by the first and subsequent readings of a text’. In exploring thoughts, words, and works from E.M. Forster and A.A. Milne to the Brothers Grimm and Jorge Luis Borges, Bird creates the ultimate intertext – one which has both warp and weft. This intersectionality between time and space is inhabited by Bird, who attempts to articulate how ‘the reader’s perspectives change throughout life’, and the ways in which ‘the meaning and experience of the texts reveal themselves, offer new gifts’.

Telltale, Bird writes, is woven from two different types of narrative structure. ‘One thread speaks of books read and sometimes of books written. And also of things that happened in my life. The other speaks of a journey of the heart, a pilgrimage through a patchy history of the world, becoming a poetic thread that runs through the whole narrative.’

This poetic thread backbones the composition of each chapter in Telltale. Each section closes with a micro-poem – or sometimes merely a tapering-off of text. This hybridity of form holds potential but feels as if it was constrained by the page itself: bookending each chapter but lacking the space to open into a larger exploration of the experimental.

At times, Telltale feels cut adrift from a solid or recognisable structure; chapters meander, sometimes seemingly fraying from the weave of the narrative. However, this sense of dislocation could perhaps be attributed to the dyschronia of lockdown, the discombobulating restlessness of time spent indoors, and the ways in which COVID itself can fog the senses.

Additionally, Bird breaks the literary fourth wall through her repeated references to writing the text itself; while this could have further enhanced the sense of intertextual resonance between the author and readers, it instead registered as a jarring note in an otherwise smooth narrative.

Telltale inhabits and expresses a version of so-called Australia which may not be widely recognisable to many younger or diverse readers. Bird’s memories are specific both to her identity and her locatedness in a specific era of Australian history. She is white, and most of the books she revisits are by white authors.

Telltale is reflective of Bird’s early memories in post-war Australia; while Bird is self-reflexive of her positioning, the vision and history she articulates can still at times feel stifling and homogenous. Yet, in this specificity to Bird’s own range of experience, Telltale reflects the ways in which a life spent reading is deeply individual.