Reflections of a life-long interrogation of black and white politics.
Susan Francis 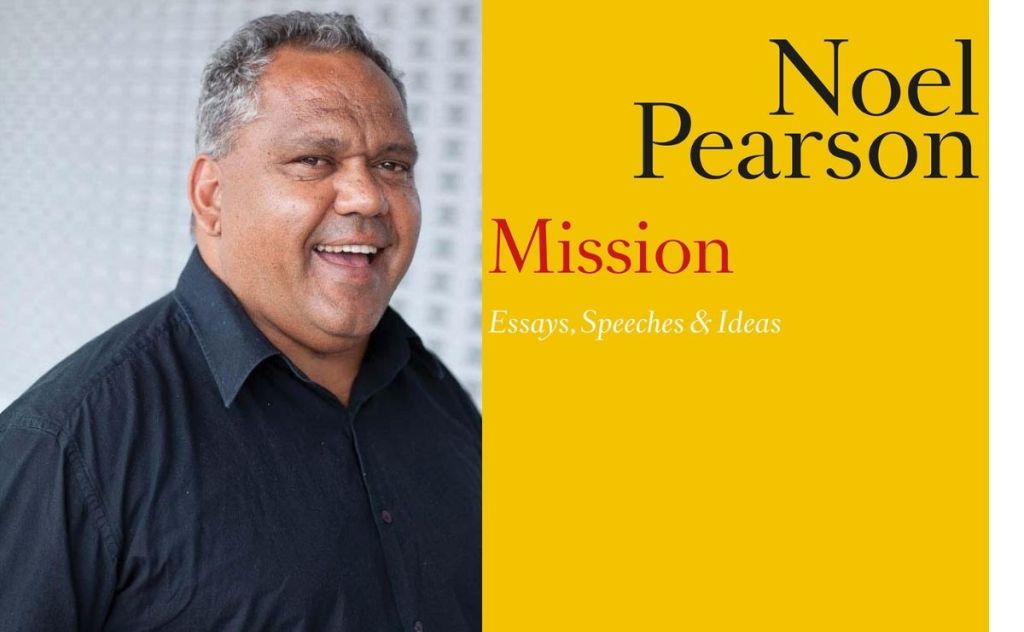 ‘Pearson is still clearly trying to make a difference and still maintains a finger on the public pulse.’ Photo supplied.

Noel Pearson is a man who’s made more than his fair share of enemies. Ironically, it’s hard to find an Australian public figure much more divisive. Too right for some on the left and often too concerned with social equity to be genuinely welcomed by the conservatives, seen as a failure by many black Australians he’s also the subject of several damaging media articles making claims about his intimidating behaviour, in particular, Walkley Award winner Jane Cadzow’s Good Weekend piece from 2012. Pearson says that Paul Keating once gave him ‘Jack Lang’s old advice: “you’re never any good until you’ve gathered a good collection of enemies.”’ So, perhaps no surprise for anyone who’s followed Pearson’s career, that in this new book, he admits regret for not entering politics, and despite being such a controversial figure, you have to wonder if this missed opportunity is something the Australian public might one day also learn to regret.

Opening the book, expectations are high. Mission: (Essays, Speeches & Ideas) is 600 pages long, with more than forty years’ worth of ideas neatly assembled inside a vibrant, yellow dust jacket. And there’s no doubt, once you start reading, that Pearson’s work reflects a man striving to understand the needs of both black and white Australians. He’s a paradoxical individual; pragmatic, compassionate with an incisive understanding about the place in which we all live, where ‘national leadership … is currently derelict’. Pearson is still clearly trying to make a difference and still maintains a finger on the public pulse. In a world where pork-barrelling is normalised, he reminds us that life is about ‘putting yourself second to others’. As disabled people fight for NDIS funding, neoliberalism, he claims, ‘leaves little independent space for love, generosity and care…’

Mixing old work with new, recent pieces target the federal government’s problem with women. Grace Tame and Brittany Higgins are said to be, ‘… engaged in [a] campaign of vital importance to the integrity of our country’. Of the Black Lives Matter protests, which Pearson understands to be ‘the latest resistance to the race-class fusion’, he advocates for policy that is ‘colourblind and class conscious,’ programs ‘aimed at need, not race or identity’. Equally, his past writing reminds us of a political vision now lost, ‘Keating’s Redfern Park speech in 1992 is seminal. It owned up to the invasion and its consequences for the original peoples’. He also documents the terrible costs of past legislation mired in racism and injustice, such as the treacherous deal struck between Fraser and Bjelke-Petersen for the Local Government (Aboriginal Lands) Act 1978, which robbed Aurukun and Mornington Island people of church-backed community government. He talks of regrets, ‘I sometimes dream of meeting my father again. But it is not an untroubled dream. I fear we won’t know each other, because it has been so long, and how I have changed may not be what he had hoped for me’.

Behind the examination of political policy, leadership and the quest for Aboriginal and Torres Strait Islander recognition, Mission reveals a man perhaps finally experiencing moments of humility. A man afraid his chance to make the big reforms has disappeared. He writes, ‘The game’s not over, but there’s no escaping I’m in the last stretch of my prime. I’m haunted by thoughts, not of failure but of falling far short of the ambitions I hold for my people’. Love Pearson or hate him, let’s hope he’s wrong, and that his best days are not yet past. Ultimately, his Keynote speech, to the National Museum of Australia in 2021, is a fitting conclusion. In the chapter titled, ‘It’s time’, Pearson writes, ‘The Uluru Statement from the Heart is Australia’s greatest act of faith, hope and love. Faith in the people of Australia. Hope for the future.’ And right now, surely the country needs individuals whose ideas and ambition rise from a sense of compassion, commitment and a strong intellect.