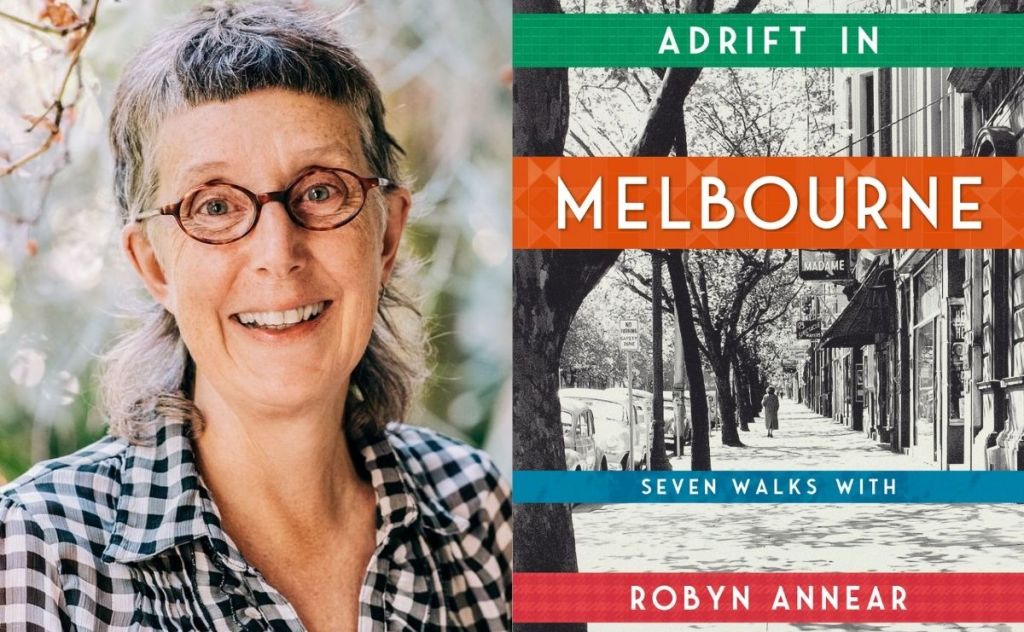 ‘Adrift in Melbourne shows tantalising glimpses of some of the events of the last 200 or so, not only of buildings but of their inhabitants and their culture.’ Photo supplied.

It is a privilege and a pleasure to walk the streets of Melbourne guided by Robyn Annear. This is particularly so if you already know the city of Melbourne but even strangers from far afield would enjoy these seven rambles, each of which is an historic tour de force.

The reader is presented with a map of the route of each walk and invited to pause and look at this or that building while being told the story of that site and of some of the people who lived and worked there. All this can be absorbed from the comfort of an armchair (as I did) or by actually walking the walk, which undoubtedly would add an extra dimension of pleasure to the exercise.

For older Melbourne residents like myself, Annear’s historic stories evoke personal memories. Take the old Eastern Market site. Although old enough, I don’t remember how the Eastern Market originally looked, but I do remember the Southern Cross Hotel that was built on its site. It was there where I sometimes shared after-work cocktails with my family. Annear tells us ‘in its heyday, it was the last word in Melbourne high-life, hosting important ceremonies – TV’s Logies, football’s Brownlow Medal – and election night functions for the Liberal Party. In 1964, when the Beatles stayed there, the hotel loomed over scenes more clamorous and insurgent than anything the old Eastern Market had witnessed . . . with thousands of girls ululating.’

On another walk, Annear takes the reader past the T&G Building in which I sat for the actuarial examinations that I failed. Dentists pervaded this building so it was nicknamed the Tooth and Gum Building although it was better known to the insurance fraternity as the Touch and Go.

Adrift in Melbourne is presented as an elegant hardcover volume with Melbourne-evoking pigeons adorning the green end papers. The maps of each walk and the delightful black and white illustrations are by Simon Barnard. Each stopping spot on the way is helpfully cross-referenced to its place on the map. Coupled with the index, it is easy to use Adrift in Melbourne as a reference book although that is not its primary intent.

So while this book may fill a special place in the heart of Melburnians, it is not only for them. Adrift in Melbourne shows tantalising glimpses of some of the events of the last 200 or so, not only of buildings but of their inhabitants and their culture. And the sum of these glimpses leads to a better and deeper understanding of what, in spite of COVID, is still one of the great cities of the world.

Few thinking people would dispute the value of history. Time and again it has been shown we can learn valuable lessons from the past. Unfortunately for many, history is a dull subject that they have thankfully escaped once they outgrew secondary school. Annear’s method of making history accessible is a fine example of how the subject can be reinvigorated.