An Idea Needing to Be Made, Heide Museum of Modern Art (VIC)

Heide brings together 12 ceramic artists and an architectural group to ponder the notion of the vessel.
Mem Capp 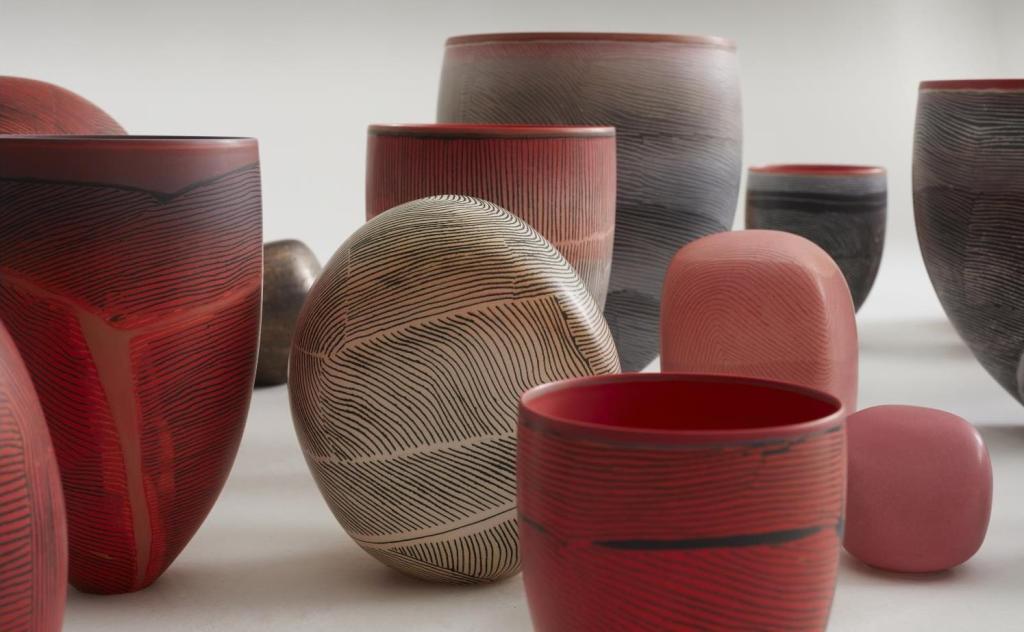 When John Berger and his team produced the television series Ways of Seeing in 1972 their aim was to challenge accepted paradigms and expose bias in the way we view and interpret the visual. Close to 50 years later, this conversation continues to evolve as our public art museums explore ways of presenting and interpreting works of art.

In the exhibition An Idea Needing to be Made, currently showing at Heide Museum of Modern Art, artistic director Lesley Harding and co-curator Glen Barkley have invited 12 ceramic artists from Australia and overseas to be involved in a conversation that begins with a series of inquiries which informed the work of the late Australian artist Gwen Hanssen-Pigott.

‘How can a vessel function as both something to be used but also be about use? In what ways can an artwork be understood as a collection or suite of objects? Why is the past an eternal present in ceramic practice?’

These ponderings encourage a dialogue between the artist and their work, between viewer and object as the notion of the vessel is interrogated and its domestic lineage undone and reassembled.

With the John Wardle architectural group as part of the exhibition team, a new perspective in thinking about spaces and traditional forms of interpretation adds another vantage point to our way of seeing. Working with the existing Museum of Modern Art spaces in which public needs from wheelchair access to large, navigable spaces has already been considered, new design elements have been added to create an intelligent and sensitive response to the conversation.

Central to the exhibition are the serene and elegant porcelain still life pieces by Gwen Hanssen-Pigott. Hanssen’s rethinking of the vessel and its place in the still life tradition has become pivotal for subsequent ceramic artists’ way of seeing the function, display and purpose of their work. Utilising the second of the gallery’s large rectangular spaces, elegant plinths display carefully composed vessels; a cantilevered ledge from the large central window allows the beautifully composed still life composition Trail with Purple Beakers 2012 (13 parts, wood-fired porcelaneous stoneware) to settle into the space and take the eye beyond. Carefully considered lighting adds the dimension of shadow to the pieces as does the use of mirrors, while the large window plays with the idea of bringing the outside in, a reminder of the source from which the pieces are made. 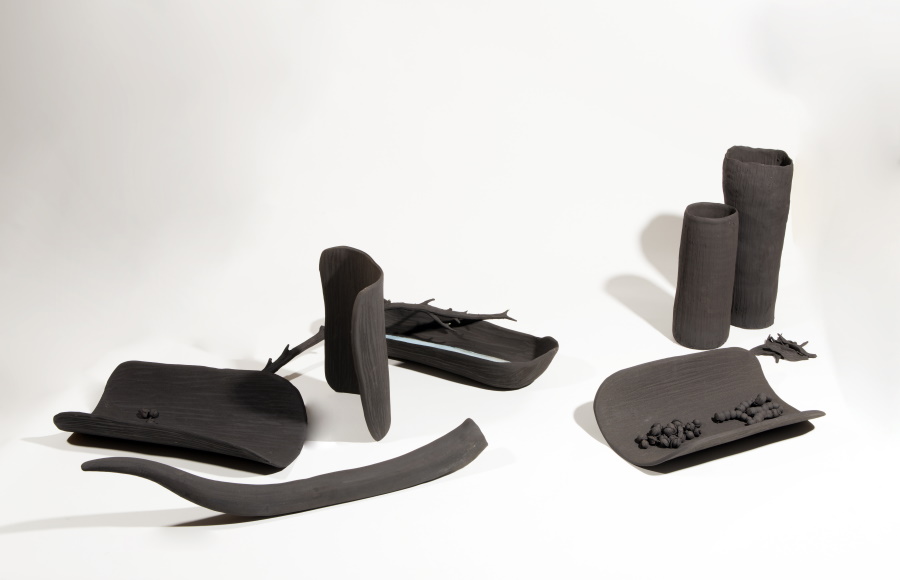 In contrast to the still centre of the gallery, the first space is busy with 45 tables of varying shapes and sizes pieced together

to form an enormous plinth on which the artworks are displayed; the designer’s nudge at the domestic is clever as it continues the discussion around form and function but also demands attention which detracts from the works that sit on its surface. The success in grouping together a quite diverse body of art is also worth contemplation. Is Splendour at Black Rock (2018-19), East Kimberley, with its undulating red desert landscape forms and fine line inscriptions in porcelain by Pippin Drysdale given enough space next to Simone Fraser’s dry-glazed brightly coloured vessels in Landscape series I (2019)? And can we get a sense of context from the Ernabella Arts Group still life piece that explores the food, vessels and tools from their desert region in Wankaru (Surviving) (2019) when placed next to King Houndekpinkou’s flamboyant vessels of gold lustre and highly glazed surfaces?

The object-based interpretive approach by the curatorial/design team is a clever resolution to contextualising the works and providing the viewer with an understanding of the inspirations and processes involved in creation. A custom-designed vitrine in the final space displays ceramic fragments and glaze experimentation, reflecting some of the backstory and the attrition rate in the making of ceramic art. Another space described as The Wunderkammer room brings together objects and ephemera from the artists’ studios along with pieces contributed by the architects and curators of the exhibition to add yet another layer of voices and influences.

Minimal text allows the visitor uninterrupted viewing while a didactic panel at the beginning of the show provides an initial overview. A list of works is also provided for the viewer to take with them through the spaces and a handsome publication by Garry Emery and Jane Mooney beautifully captures the artworks in the exhibition as well as providing detail about how the exhibition was conceived and artist biographies.

This is an ambitious and mindfully developed exhibition that engages the public in an important conversation around how we understand art.