Of course everyone was waiting to see how Sigrid Thornton would deliver Stephen Sondheim's most famous song, 'Send in the Clowns'.
Patricia Maunder 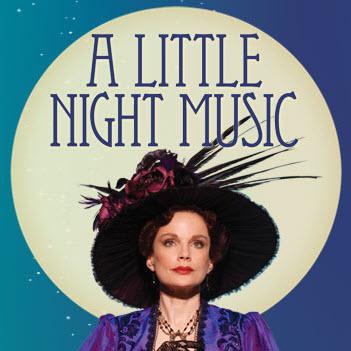 Of course everyone was waiting to see how Sigrid Thornton would deliver Stephen Sondheim’s most famous song, Send in the Clowns. An actor of great repute, but with little experience as a singer, how would she fare delivering this show-stopper, under the banner of the national opera company?

The fact is that Send in the Clowns is as much spoken as sung, and arguably makes greater demands on the performer’s skills as an actor than as a singer, being a highly emotive expression of regret and disappointment set to a simple tune.

Thornton delivered A Little Night Music’s great moment with compelling emotion, though with a little touch of bitterness that was unexpected. Her few other moments as a singer, so much less demanding in every way, were nicely done, with no surprises.

When no singing was required, Thornton was in her element, playing the aging star of the stage, Desiree Armfeldt, with poise and a finely tuned sense of what was required at any given moment: seductive, tender, scheming, sad. It’s a fine casting choice (though opera devotees, even if they can accept Opera Australia mounting musicals, may be troubled by someone with so little pedigree as a singer headlining one of the company’s productions).

Desiree is at the centre of this tale set in Sweden at the turn of last century. Making its debut on Broadway in 1973, this Sondheim musical was inspired by a 1955 Ingmar Bergman film, but explores timeless human concerns about sexual desire, repression and fulfillment – or lack thereof.

The other characters swirling around Desiree include her former lover, Frederik. After many months of marriage, his much younger wife remains a virgin. Meanwhile, his adult son by his first marriage tries to suppress his attraction to his new stepmother and the maid. Desiree, meanwhile, is unhappy with her demanding lover, Count Carl-Magnus, whose wife reluctantly endures his selfishness.

Their lives collide in an amusing but emotionally sophisticated fashion. Desiree’s mother and daughter act as delightful symbols of wisdom and inexperience, while a small party of socialites, Greek-chorus like, flit in and out, singing wittily about society and human folly.

As Frederik, Robert Grubb had greater opportunity to exercise his pleasant baritone in style than in his Opera Australia outing last year, when he played Alfred Doolittle in My Fair Lady. That performance was marked by sheer enthusiasm. In A Little Night Music, there’s greater nuance.

The rest of the cast also acquitted itself well. Of particular note, as the complete package of singer and actor, were Ben Lewis as the count, Katrina Retallick as his wife, and Kate Maree Hoolihan, who made the most of her small role as the maid. Nancye Hayes, playing Desiree’s worldly wise mother, was, as always, a delight.

Under the baton of Andrew Greene, Orchestra Victoria drew out the beauty of Sondheim’s effervescent, waltz-inspired score, a lightness of touch that was reflected in the design elements of Stuart Maunder’s production.

It’s delightful in its elegant simplicity: a few items of pretty but unobtrusive white furniture where required; curtains in a gorgeous gauzy fabric that deftly broke up the scenes; lighting that, early in act two, perfectly captured the languid, golden glow of a Scandinavian midsummer’s evening.

Against this backdrop, the belle époque white dresses were picture-perfect, while the more striking costumes dazzled – particularly Thornton’s rose-coloured, beaded gown worn for her great moment wondering where those clowns were. But even this was marked by a simplicity of design, that contrasted dramatically with the gaudy extravagance of her character’s moment on the story’s stage.

A Little Night Music is playing at the State Theatre, Arts Centre, 100 St Kilda Road, Melbourne, until May 30. For bookings, phone Ticketmaster on 1300 136 166 or the TicketMaster website.