In just 12 months, the NGA has absorbed the largest intake of new positions and a rethink of staff funding since the gallery opened.
Gina Fairley 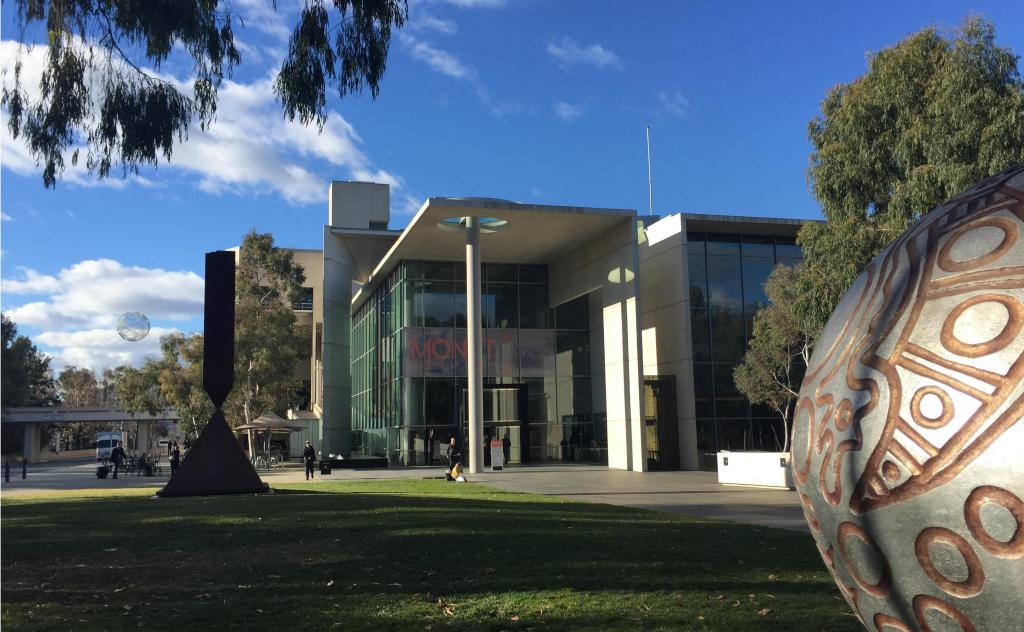 Am I alone in noticing an unprecedented flood of top curators and arts professionals into Canberra over the past six to twelve months?

The destination – the National Gallery of Australia (NGA). It is a curious migration that raises important questions: Where are the salaries coming from? And, has this reshuffle resulted in redundancies or the creation of new jobs in an organisation that already supports a massive payroll?

It was only in mid-September 2016 that around 20 staff at the NGA were told on a Friday afternoon that their jobs would no longer exist – cuts made in response to the Federal Government’s efficiency dividend. Coupled with the fact that Government funding for the gallery had remained unchanged since 2007, sitting at $47 million a year, this new injection sits dramatically in contrast to recent history.

While staff knew the those 2016 cuts had been looming, it was nevertheless a dent in the morale of the institution, then under the directorship of Gerard Vaughan. At the time, Member for Canberra Gai Brodtman described: ‘These cuts are hurting. They’re not trimming fat. They are cutting into the vital organs of our national institutions.’

But like all cuts, time heals wounds … as does a dose of cash, apparently.

ArtsHub caught up with NGA Director Nick Mitzevich in an attempt to get to the bottom of this ambitious staff grab, and its dollar trail.

Lazarus with a bag of pennies

Mitzevich has been in the NGA directorship now for 18-months – a period of significant developments. First was securing a $63.8 million commitment over four years from the Federal Government (December 2018), including a one-off payment of $6.2 million towards additional building works and $14.4 million to develop the national collection. Since then we have been witness to the big-dollar acquisitions of Urs Fischer’s wax portrait, Francesco, and a new animatronic sculpture by Jordan Wolfson (to be delivered in 2021).

‘It is about really making sure that the Gallery can fulfil the country’s expectations, and making art accessible is a big part of its mandate,’ Mitzevich told ArtsHub at the time.

Continuing to put this 18-month tectonic shift at the NGA in context, Mitzevich has also had to usher his team and audiences through the first ever closure of the gallery since it opened in 1982, first to combat Canberra’s bushfires and now indefinitely for COVID-19.  At the same time, there has also been a staggering sweep of new professional appointments, largely rolled out since late last year.

Mitzevich said: ‘I have been bringing people on board to realise big ideas and big possibilities. I have taken a big step up myself (in this position); I have come from a smaller institution with a smaller staff. I am looking to build a group of people who will grow with me – who will continue to evolve the National Gallery into a 21st century institution.’

One appointment that will help the gallery through this time of closure and its reimagined future is the new position of Systems Director Learning and Digital. It is currently in recruitment.  ‘It’s the first time in 20-years that we have introduced a new portfolio area at the gallery. This position will really galvanise our vision for digital engagement, I just wish we were six month ahead,’ Mitzevich told ArtsHub.

Mitzevich explained that there are two major shifts in vision directing the creation of a new staff portfolio at NGA – this overarching digital engagement and a cross-gallery Indigenous lens. ‘These two things overlay everything that I am doing here, and in ten years time, my hope is that learning and digital have a really impactful footprint on Australian culture, and that we are a leader in the Indigenous engagement space.’

He continued: ‘Bruce McLean has been with us less than three months as our new Assistant Director Indigenous Engagement. It’s a very interesting job; it’s not a portfolio in itself, (rather) he works across portfolios in the gallery, from administration to Indigenous suppliers, all the way to learning, advocacy and curatorial programming.’

Bruce Johnson-McLean comes to the NGA from the Queensland Art Gallery / Gallery of Modern Art and started in Canberra October 2019. Among some of the other recent appointments that have been significant in reshaping the NGA team are:

Natasha Bullock, who was appointed in May 2019 as Assistant Director, Curatorial & Exhibitions, coming to the gallery from the Museum of Contemporary Art Australia.

Peter Johnson, also coming to Canberra from the MCA, was appointed October 2019 in the new role, National Gallery Curatorial and Programs Coordinator.

Marika Lucas-Edwards, joined the NGA as Head of Communications, also in October 2019, coming from the Art Gallery of South Australia where she had worked with Mitzevich. Susie Barr was appointed as Assistant Director, Engagement and Development at the National Gallery of Australia in July 2019. She also came from AGSA, and took over this relatively new role which had been instigated by former Director Gerard Vaughan in April 2017 and filled by Alison Wright, who very quietly moved out of the role in October, and formally left in December 2019.

Jessi England Sideris joined the gallery as Program & Campaign Manager: Know My Name / Creative Producer, Artistic & Public Programs, Partnerships in August 2019, coming from The Lock-Up in Newcastle (NSW), where she had been director.

Mitzevich said of these appointments: ‘The revolution is really singing in the administration space as well. I had the opportunity to reshape staffing, and Kim Partington (NGA’s Chief Finance Officer) has been working with me to change the whole financial administration base of organisation to do that. It’s now the mother-ship model.’

Where the salaries are coming from?

In 2016, Mitzevich was the first Australian to participate in the Global Museum Leaders Colloquium (by invitation) at the Metropolitan Museum of Art in New York – a gathering of 12 museum directors over two-weeks to exchange ideas and expertise.

Privately funded by a Met benefactor, it is not surprising that the experience perked Mitzevich’s enthusiasm for exploring the partnership of private giving and staffing.  He confirmed the funds for the recent staffing appointments had come through a combination of strands.

‘Our budget envelope has declined, as we are working within the efficiency dividends. We have replaced some staff (that had left), and added some staff on top of those replacements, positions that have been made possible through private funding.’

‘I was really inspired by my time at the Met. I got to see there how private individuals can support and develop relationship with staff members. It is very tangible and the outputs are very real,’ said Mitzevich.

Mitzevich, who described himself to us as ‘not very good at shrinking’, has – in addition to the positions already mentioned – appointed nine new privately funded professional staff in the last twelve months. They are:

‘Some complain in Australia and say that we do not have enough private support, but private giving is so extraordinary,’ said Mitzevich.

The new appointments are the first really big example of salaried positions supported by direct personal giving in Australia. It offers a fantastic model for other organisations – one where passion and support can be matched together. The hope is that we will see more of this innovative approach to cultural sustainability.