The year that was: COVID and the arts a year on from lockdown

From digital pivots, to government funding (or lack there of), to conversations and resilience – we take a look at the year that was as COVID took its toll on the arts and culture sector.
Gina Fairley 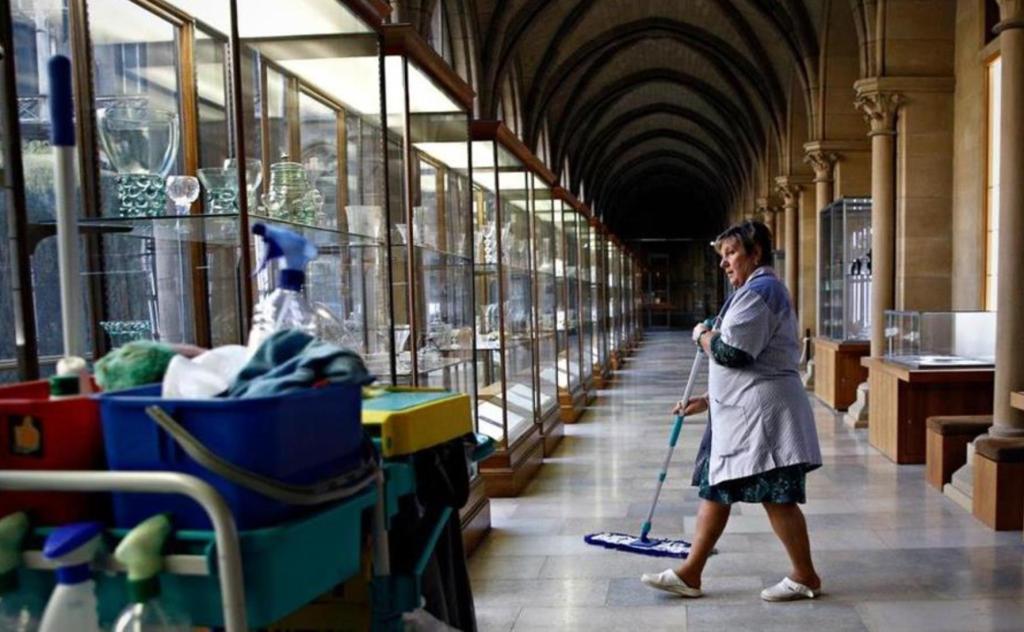 On 5 January 2020, the WHO (World Health Organisation) released its first Disease Outbreak News report stating the emergence of a ‘novel coronavirus’.

The enormity of what was ahead, and would shape the year, however remained unimagined. The only hint how COVID-19 might impact the arts was when the American actor Tom Hanks – who was filming in Queensland – returned a positive result and was forced to isolate.

Dark Mofo (in Tasmania) was among the first arts events nationally to make the call to cancel, facing a loss of over $4 million in ticket sales. It was a prophecy of what was to come.

But it still took another month before Australia felt the real impact, with lockdown restrictions and physical distancing rules established. On 20 March, Australia’s borders closed to all non-residents and a day later, all non-essential services and many schools closed. Homeschooling was the new norm.

The COVID money story – how the arts was supported … and not

The Federal Minister for the Arts, Paul Fletcher met with arts leaders (17 March) to discuss how to support the industry as COVID-19 closed cultural institutions and cancelled performances nationwide.

Fletcher clarified that a general federal stimulus package could be accessed by arts organisations, including cashflow assistance to pay their staff, with up to $25,000 available. It wasn’t enough for a $111.7 billion industry that supported thousands of jobs.

More than 100 arts organisations united to implore the PM in an open letter to secure the future of Australia’s cultural life.

That support did not come until June, when the Federal Government announced its $250 million Arts and Entertainment Package – but without any detail.

It took until mid-August for the government to release guidelines for $75 million RISE fund (which was just part of the package).

Meanwhile (25 March), the Australia Council announced $5 million in funds redirected from other programming, what it called its Resilience Grants – and further announced it would suspend KPIs on existing funding programs, and initiated industry roundtables.

‘We have freed up funds – as much as we are able – to immediately respond to the critical situation faced by Australian arts and culture.’

It was around this time – 10 days in from the national lockdown – that the government announced JobKeeper payments, a $130 billion package that appeared to drastically overlook the gig economy and casuals in the arts and culture sector. Jobkeeper 2.0 rolled out in September, but with little change to better include the arts.

Another blow occurred on 3 April, with the Australia Council drastically cutting the number of organisations expected to receive Four Year Funding (2021-2024), at a time when they most needed it.

A week later – while arts orgs were feeling the pressures of closed doors – NSW Arts Minister Don Harwin resigned after non-compliance with COVID-19 isolation rules. NSW Premier Gladys Berejiklian kept his seat warm until he returned to the post3 July.

‘I will not allow my circumstances to be a distraction from that work and I very much regret that my residential arrangements have become an issue during this time.’

It was a different story of support up north. Queensland was the first to come out and support the arts and culture sector specifically, with am $8 million stimulus package and rent reduction.

Also coming out strong was the peak body Live Performance Australia (LPA), which unveiled a $345 million two-year recovery plan for the sector in early June.

A lengthy seven weeks into lockdown, Australia’s State and Federal arts ministers finally came together to discuss the impact of COVID-19 on the arts. ArtsHub used the moment to look at how each state had stood up.

Read: State of Play – comparing government support, or lack there of (8 May)

And as doors started to reopen, and audiences sheepishly returned to venues, a second wave of infections emerged in Victoria, and the State underwent a strict lockdown which lasted almost four months (May-August). There was also a further spike in Adelaide in November.

The message that the arts was not immune became increasingly real when the major venue Carriageworks went into administration on 5 May, buckling under financial pressures exacerbated by COVID-19 closures and the lack of government support.

It was a frightening reality-check nationally for the sector.

And, typically when a problem can’t be faced, the federal government announced a New Parliamentary Inquiry into benefits and impact of arts during COVID, 27 August – almost six months to the day from the initial lockdowns.

Finally, the first tranche of RISE payments were finally made late November, allocated to a handful of Victorian organisations. More followed in December in a trickle affect.

And as late as just last week (10 March), parts of the sector remained in crisis, with over 20,000 live production crew, aka roadies, reporting that they were operating at just 4% pre-COVID levels and desperately called for support.

New topics and conversations thanks to COVID

Much was talked about during the past year, with regard to how the sector adapted. Perhaps the most significant shift was the ‘digital pivot’, embracing  ‘zoom’ conferencing and working from home as a new future model. But the unknown also lead to questions:

The sector also had a few small wins, with some industries thriving during COVID, including animation, craft and design, and art sales online.

In June, a fee increase for university humanities degrees had a knock-on effect for the arts, with many departments reducing courses – a shift that the sector may never recover from.

And in an urgent plea, The Aboriginal Art Association of Australia (AAAA) presented a letter to the Federal Government (27 March) calling for greater clarity around bailout support, as gallery sales came to a halt and Aboriginal artists were shut out of arts centres, with many incapable of taking on Centrelink.The organisation urged governments to include Indigenous Visual Arts (IVA) in decision-making at this critical time.

The impacts on regional Australia were also felt and tested this past year. We took a look at how the frontline pressure points were different for the regional arts sector; and we also asked the tough question whether ageism in the workplace would make a pandemic comeback?

‘How to’ in a pandemic

And to help us all through this new normal, ArtsHub consistently rolled out help and advice on how to manage our way through the past year: