The proposed update to the national arts curriculum improves guidelines around teaching First Nations art, but stops short of addressing how much Australian art should be taught in Australian primary and high schools.
Jane O'Sullivan 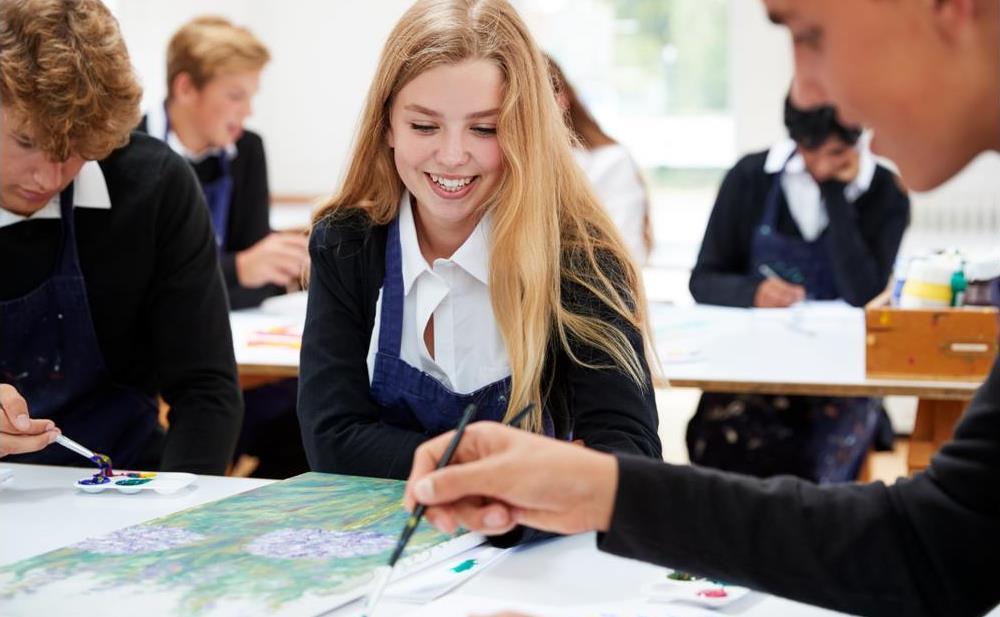 The National Association for the Visual Arts (NAVA), in a message to members, said the proposed curriculum meant ‘a teacher could go an entire year without referring to a single living Australian artist.’

The current arts curriculum was published in 2015. The update – which comes as part of a wider, cross-curriculum review – is about tidying up a sprawling document, de-cluttering and making it easier for teachers to understand goals and achievement standards for each band, or level of study.

The language has also been updated to make it more inclusive, and there is an updated rationale too, with a clearer explanation of why the arts are important.

The biggest change is around teaching Aboriginal and Torres Strait Islander material. The proposed new curriculum asks teachers to ‘ensure that First Nations Australians’ voices are heard … and whenever possible, [to] collaborate with First Nations knowledge holders and cultural practitioners.’

It also directly addresses copyright laws, Indigenous Cultural and Intellectual Property protocols, and the need to use resources from approved education bodies or ‘accredited by First Nations Australian Peoples’.

Another major change is the restructuring of material for the early years, so that Foundation (kindergarten or prep) is no longer bundled with Years 1 and 2. Later bands also start to introduce and explore possible career paths in the arts.

Many things remain the same, like the five key streams – dance, music, media arts, drama and visual arts – and the focus on both making and responding to artworks. That is, on developing both technical and critical thinking skills (rather than, say, developing a comprehensive knowledge of art history).

‘The proposed curriculum means a teacher could go an entire year without referring to a single living Australian artist.’

The national arts curriculum covers Foundation to Year 10. (The states set their own standards for Years 11 and 12.) It’s effectively a set of goalposts, outlining what’s expected from students at each stage, and the kinds of classroom activities that might be appropriate.

The states, and schools and teachers, have the flexibility to set content, and make decisions about which genres, styles, forms, materials and other resources will be used in arts learning. This means that there is ‘great variability in the ways The Arts is implemented in schools across Australia,’ according to the organisation responsible for the curriculum review, the Australian Curriculum Assessment and Reporting Authority (ACARA).

The national arts curriculum does, however, set general parameters around what should be covered. These decisions then get filtered down into documents like state syllabuses and suggested units of work, which provide more specific examples. (One visual arts unit, for example, currently suggested for primary schools in New South Wales, includes a unit on bicycles that points to artworks by John Olsen, Fernand Leger and Jean Metzinger. Another, a unit on hands, suggests ‘prints/postcards of hands eg Aboriginal artworks showing lines and patterns’.)

The proposed new curriculum states that, ‘by considering personal, national and global contexts, students are challenged to explore diversity and connect with the roles that the arts play in everyone’s life.’ There is an emphasis on engaging with works from diverse times and cultures.

Some minimal suggestions are made about how Australian art might be introduced. Students in Years 3 and 4, for example, might explore the visual arts in their local community by ‘connecting with artists who live and work in the community, visiting arts spaces or exploring…exhibitions available through online sources’.

Ultimately, however, there is almost no guidance on how teachers might manage the mix of the personal, national and global.

As NAVA has identified, living Australian artists can slip through the cracks. This potential gap is critical given the kinds of artists and works that students are likely to encounter in Australian arts spaces, events, performances and the world around them.

The proposed new curriculum also encourages students to ask what a work might be saying about social structures like identity, religion, politics or gender, but does not set any standards around the inclusion of female identifying artists.

NAVA is currently preparing a submission to the review, and will make the recommendation to specify that teachers should teach a diverse selection of artists, including living Australian artists. The peak organisation is also leading an online consultation session on 17 June, which will be used to inform its submission.

Australian artists are not the only ones with a poor foothold in the proposed new national arts curriculum. Asia is a cross-curriculum priorities alongside Aboriginal and Torres Strait Islander history & cultures. While the proposed new arts curriculum includes some nebulous references to the ‘rich cultural diversity of the Asia region’, there is very limited guidance on the integration of this cross-curriculum priority into arts subjects.

ACARA’s aim is to publish the new curriculum in 2022, and run it concurrently with the old curriculum as teachers transition.