Opinion: Is the Victorian Budget 2020-21 enough to revive our creative economy?

Victoria's Shadow Minister for the Arts, David Davis, argues that the state needs to safely increase its audience capacity in theatres in order to kickstart the creative economy and return employment to pre-COVID levels.
David Davis 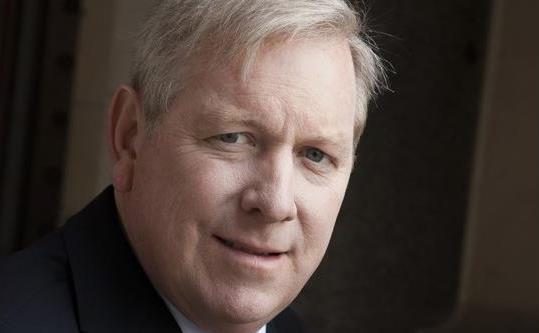 The creative industries sector is a very important sector in Victoria – 290 000 people were employed on 30 June 2019 – and it includes all of the traditional arts sector but also all other areas of the creative economy. It is an extremely important part of the Victorian economy. It includes the performing arts, and a number of our entertainment venues that play such a significant role.

You only need to look outside the Parliament, over the road, and you will see the theatres and the importance of shows like Harry Potter and Cursed Child. It is of massive, massive significance to the arts and entertainment sector and to the whole Victorian economy and a driver of tourism and visitation to the state.

The Opposition supports many of the initiatives announced in the state budget for the creative industries and arts, including NGV Contemporary and the associated precinct. This will be very important for Victoria long term.

We recognise the significance of the sector for the state’s economy and jobs in particular. I note that the arts and creative industries have been hit especially hard during the lockdown, during which the Opposition called for a creative industries and arts restoration fund.

We have opened-up our borders in the last few days. New South Wales has opened up its borders, and Tasmania also. The time has come with zero, zero, zero in Victoria. I could point to the terrible problems that occurred under hotel quarantine and the failures of contact tracing and the government’s errors there, but leaving all that aside we are where we are now and we need to be looking to the future.

Queensland has a much more flexible density limit of one person per 2m2 in pubs and live venues. The same applies with concerts and galleries. Outdoor music performances and rehearsals at larger venues in New South Wales may have more than 500 people subject to the restrictions at individual venues. In Queensland, open air stadiums have seen an increase in seated capacity from 75% to 100% and other outdoor events a limit of 1,500 people, yet in Victoria, Carols by Candlelight will have no live audience. The economics, the viability of the performance sector is directly impacted by the harsher rules in Victoria.

One key issue is that Daniel Andrews and his government have not been transparent in releasing the basis of the Victorian Public Health Orders. The Opposition is seeking through Freedom of Information the briefs and supporting documents behind each of the Public Health Orders. The Victorian Upper House has ordered these documents to be provided to the Chamber. In outright defiance, Andrews has refused to release this information. I say if you are going to forcibly close down whole sectors, you owe it to them to honestly explain the basis for your decisions and openly release the documents on which these decisions are based. Why won’t he come clean?

In the Parliament I have asked the Minister to urgently convene a meeting and sit down with the sector to devise a way to open up the capacities of these audiences, because the economics of the sector depend on proper audience sizes.

We need further lifting of COVID-19 restrictions urgently to safely kickstart the sector with the aim to restore employment to the levels recorded in 2019 before COVID-19 hit. The government has been slow to open up and this must now be accelerated urgently. The performance sector and others depend on audiences. Surely now we have no COVID-19 in Victoria, we should open up.

We need further lifting of COVID-19 restrictions urgently to safely kickstart the sector with the aim to restore employment to the levels recorded in 2019 before COVID-19 hit.

That is the only way, in the end, that we are going to be able to get the numbers to make many of our venues viable. So that requires more thinking from the Minister and more thinking from the bureaucrats, and it needs to be done quickly. We need to open up prior to Christmas. We need to make sure that the numbers that are able to attend in many of these audiences are increased. That needs to – obviously – be done in a safe way, but really we need to do harder thinking and we need to work with the sector, which is very prepared to work with the Minister, to make sure that we get an outcome. So a very quick step is what we are seeking – fast action to open up further. Look at the numbers in other states, and they can be a guide.

Some key sectors have received support in the state budget but some of this money is far in the outyears, for example the NGV and precinct spending is heavily weighted, 65%, beyond the four years of the forward estimates. Activity focussed years away will not deal with the need for job creation now. Positively, there has been some recognition of the maintenance of flagship centres in the arts precinct, which is critical to their long-term viability.

We are also concerned that the regions appear to have not received equivalent support. Our creative state does not end at the edge of Melbourne and Geelong. Balanced development of the arts is critical and both the important benefits of our cultural institutions in themselves and the economic activity and the jobs generated need to be balanced across the state.

We are also concerned that not-for-profits and council supported institutions have been overlooked with the supported projects overwhelmingly centred on state institutions.

So, while there was some welcome support for the creative economy in the 2020-21 Victorian State Budget, much of it is years away. We need real action and we need it now, Minister.

David Davis MP is the Shadow Minister for the Arts and Leader of the Opposition in the Legislative Council.