It’s time for the ABC to adopt the findings of its own Arts Review, with the help of extra funding from the Federal Government.
Richard Watts 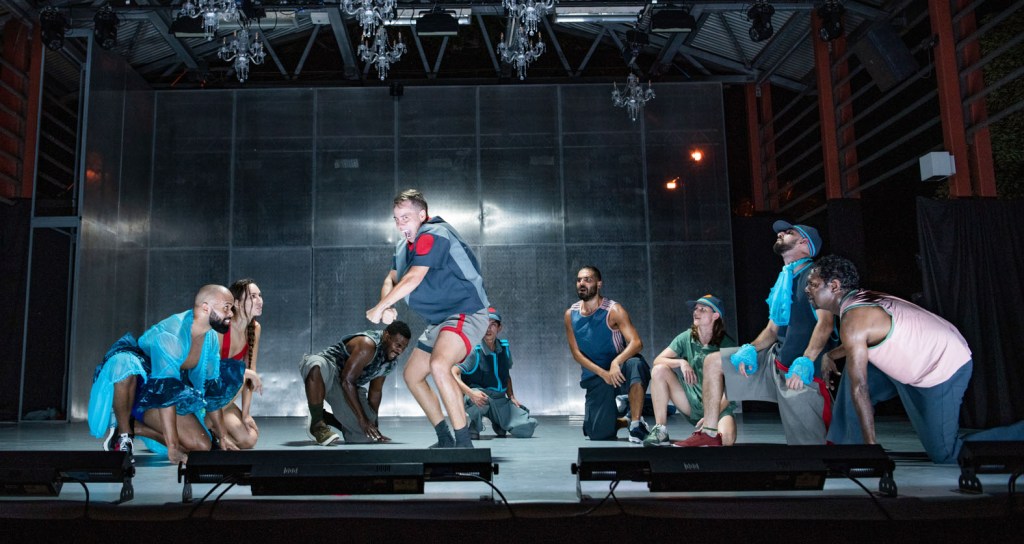 Imagine it: you turn on the nightly news bulletin of your choice, and following the headlines about current COVID case numbers and the latest political scandal, there’s a dedicated segment showcasing the work of Australia’s many talented artists, featuring an exciting new regional theatre production, a report on the mental health benefits of circus arts for young people, and a visit to the studio of an emerging visual artist who’s just been shortlisted for a local prize.

It’s followed by the usual segments focused on the stock market, sport, and finally the weather.

While the concept of a nightly arts segment on the news – especially on our national broadcasters SBS and ABC – might seem almost impossible to imagine, it’s hardly a pie in the sky idea.

#ARTSareNEWSworthy is a Change.org petition started by artists Mia Salsjö, Nina Sanadze and Tai Snaith and which is calling on all TV channels, particularly SBS and the ABC, to add a permanent and daily art and culture update at the end of all news broadcasts. At the time of writing the petition has gathered over 11,880 signatures.

Unknown to the three artists in question, an internal report commissioned by the ABC and presented to the Corporation’s Board in April 2017 once made similar recommendations.

To the best of my knowledge, the recommendations made by the ABC’s Arts Review have not been acted on – nor have they been publicly released.

It noted that a ‘significant increase in arts stories within News is recommended. The ABC should strive to include more arts news stories in news bulletins.’

The report went on to recommend that the ABC ‘assemble a core team of genre specialists in news and current affairs who can create arts stories for news’.

The same report found that just 50% of Australians believe there are plenty of opportunities to get involved in the arts.

In response, the Art Review noted: ‘These statistics suggest a major opportunity to reach out to these audiences with arts content … The ABC has the opportunity to be the major cultural hub in this country and connect Australian audiences to a huge diversity of arts content on multiple platforms. In doing so, the focus will be in listening to what audiences say are key arts priorities for them: music, literature, film, drama and comedy, and the visual arts.’

The COVID-19 pandemic has proved beyond all doubt that Australians love the arts. In lockdown and in isolation, Australians have turned to music, cinema, television, books and live-streamed performances in huge numbers. The arts have sustained us, supported us, and given us hope.

Just imagine the impact of a nightly arts news bulletin and how it would help demolish the ‘arts are elitist’ myth once and for all.

‘The ABC should strive to include more arts news stories in news bulletins.’

In April this year, the Federal Minister for Communications, Urban Infrastructure, Cities and the Arts, the Hon. Paul Fletcher MP, complained that ‘Much of our arts activity happens in the CBDs and inner city areas of our capital cities. Is this fair to the around eight million residents of regional and remote Australia?’

In return, I say to the Minister: is it fair to overlook the work of the many artists who live in regional and rural Australia? Surely we would all benefit from seeing their work celebrated and showcased on the nightly news?

According to the Australia Council’s 2017 report, The Arts in Regional Australia, one in six professional Australian artists live in regional cities or towns, and around one in 10 live in rural, remote or very remote areas.

If the Minister truly believes that regional Australia is missing out on access to the arts, then increasing funding to the ABC so that it can finally ‘assemble a core team of genre specialists … who can create arts stories for news’ across all platforms – radio included – would go a long way towards righting that imbalance.

Picture it: arts stories from across the nation on our televisions every night, our radios every day, celebrating the contributions of artists in every city, state and territory and giving equal coverage to those living and working in regional and remote Australia.

What better way to show the 50% of the population who believe there aren’t enough opportunities to participate in the arts, just how present, available and glorious the arts really are?

‘The ABC has the opportunity to be the major cultural hub in this country and connect Australian audiences to a huge diversity of arts content on multiple platforms.’

The ABC Charter states that the one of the functions of the Corporation is to ‘encourage and promote the musical, dramatic and other performing arts in Australia’. The Charter also states the ABC will ‘broadcast programs that contribute to a sense of national identity and inform and entertain’.

Despite this, dedicated arts coverage on the ABC has been relatively thin on the ground in recent years, with analysis showing that new arts programming on ABC1 fell significantly from 114 hours in 2008-09 to just 15 hours in 2018-19. Now, we can’t judge the ABC’s arts output entirely by what’s broadcast on the main television channel and recent programs such as Art Works are clearly laudable and welcome, but I absolutely believe that the ABC – Australia’s most trusted source of news and current affairs – needs to do more to showcase Australian art and artists to the nation. A regular arts segment in every news bulletin would be a fantastic start.

To Ita Buttrose AC OBE, Chair of the ABC, I say: it’s time to finally adopt the recommendations of the ABC’s Art Review.

To Minister Fletcher: I urge you to consider how a nightly arts news bulletin would contribute to a sense of national identity by celebrating the achievements and creative endeavours of artists nationwide, and to fund such arts coverage appropriately. Undoing some of the $783 million the Coalition has cut from the ABC budget since 2014 would be a great start.