Experts say our galleries and museums need to become greener

From our boards down to visitor services, museums and galleries have a holistic responsibility to become more sustainable entities – in policy and programming.
Gina Fairley 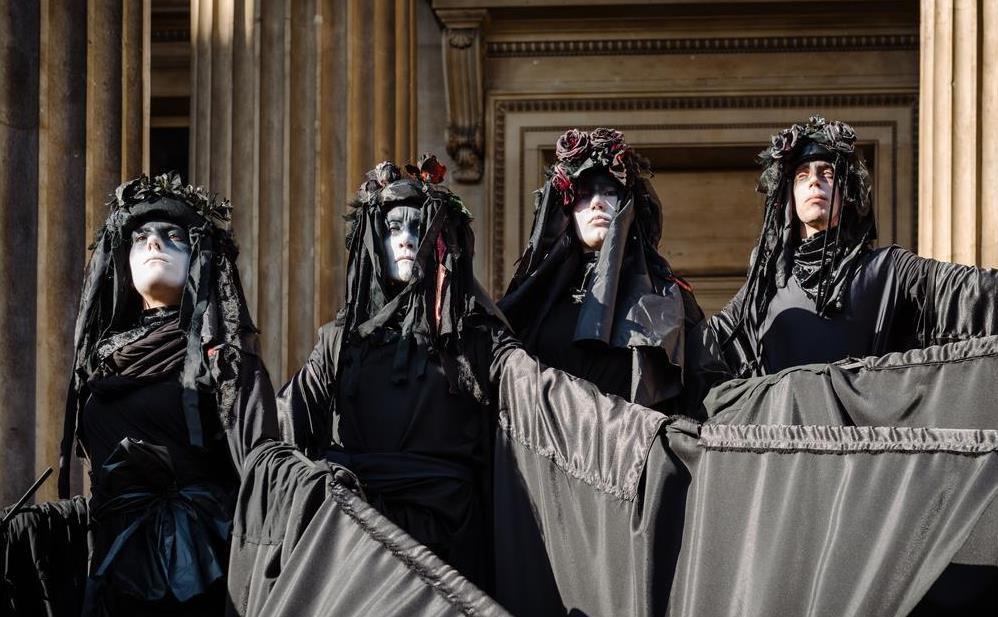 Climate – and the responsibility and advocacy role that museums and galleries play in shifting and shaping views – was a topic for discussion among industry peers at last week’s AMaGA Conference in Canberra.

Led by Kim McKay, CEO Australian Museum (AM) she asked the provocative question to the room: ‘What should State institutions be doing to take a stand and get government on line with this?’

Her number one piece of advice was to get good support of your boards and trusts. McKay continued: ‘If you have a good board to support you can be brave and courageous and start to change things.’

McKay said that Tim Flannery’s keynote speech at the last AMaGA conference in Alice Springs set her on a trajectory for immediate and significant change at the museum. Two years later, AM opened the exhibition Spark (on the eve of the conference) which presents 10 Australian innovations that ‘give us hope for the future that some of the climate change issues can be solved.’

It is positioned at the entry to another exhibition Unsettled, which takes a First Nations lens to the collection to illuminates the power of truth-telling to realise change.

‘Climate Change and the culture sector – there is no doubt that the two are uniquely interwoven, and our First Nations people have an understanding that we can learn from,’ added McKay.

Dr Jilda Andrews, a Yuwaalaraay woman, cultural practitioner and researcher based in Canberra, said a, ‘First Nations [lens] brings the present in dialogue with thousands of years of connection; Country is the system by which everything is held – it’s more than just the concept of land; it is a web of all living things.

‘It is not only the land that is in peril, we are,’ she said.

Andrews believes that there is an urgency to unlock the capacity of the museum to extend these conversations. Just as new museum thinking should include a Reconciliation Action Plan, it should also include a Sustainability Action Plan. The message from this panel of sector experts was that our museums globally need to be more responsible in their actions, but also to lead their audiences through education.

‘It is not only the land that is in peril, we are.’

Jenny Newell is Manager, Climate Change Projects (Engagement, Exhibitions and Cultural Connection) at AM – a dedicated position that works on the cultural dimension of climate change. She is also a member of the International Council of Museums’ (ICOM) Working Group for Sustainability. She reminds that the signatories of the Paris Climate Agreement signed up to increase awareness of climate change.

‘I have noticed a real ground swell over the last two years, from specific climate museums to national history museum embracing climate research, to creative advocates for the planet, and under Kim at the AM, she has made sustainability a policy priority,’ said Newell.

She believes that by adopting such policies, museums globally are ‘supporting public empowerment by showing them solutions’, which is key to moving forward.

Newell added that recent data shows that four out of five Australians are concerned about climate change. ‘We want them to know that they don’t need to know all the science, but need to know the actions. We take a non-political stance and back it with expertise – museums are ideally placed to build bridges of empathy and knowledge.’

Extinction Rebellion protest, Shell Out of the Science Museum interactive protest in London, May 2021. Image: Shutterstock.

TALK IS NOT ENOUGH; WE NEED NETWORKS AND POLICY

Newell said that there are many networks today that bring museums together in the climate conversation, and in Sydney there is the Museums and Climate Change Network.

Guy Abrahams, the Founder of CLIMARTE, has similarly created a strong network for information and change over the past decade, driving attention to the role art can play in the climate conversation through the bespoke festival.

‘Rational facts alone – graphs and numbers – aren’t enough to engage people. It has to be both contemplative and visceral to have an impact for change,’ said Abrahams.

He says there are three ways that museums can help in this:

Abrahams also added that museums and galleries have the power to put action to their message by stopping to accept funding from the fossil fuel industry, who are just ‘burnishing their green credentials in galleries and museums.’

He pointed to the work of artist Gabrielle De Vietri who has created a Map of Gratitude, Cones of Silence, Lumps of Coal (2019), which shows the relationship between Australian cultural organisations and the fossil fuels industry.

‘If Australian museum are serious, then they must be open and transparent on this. Who sits on our boards? Who gives us money? Where is our money invested?  Who profits from association with our brand?’ He adds that ‘just as arts institutions would not think of accepting money today from big tobacco, so too must we reject big money from fossil fuels industries.’

OUR FUTURE STARTS WITH OUR BOARDS

The question was put to the panel: ‘How do museum staff save the planet if their bosses don’t allow it?’

Andrews said that with our boards of trustees and councils, ‘there is an accountability to exert pressure to museum management, so they can enact leadership. It might be difficult for me [as a staff member] to influence up, but they can influence down.’

She continued: ‘It is not about being brave; it is about recognising where the accountabilities are,’ adding that while most recognise that their boards do great work, it doesn’t hurt to have the dialogue with them to share your expectations for leading in this space.

Libby Robin, Historian of Science and Environment at ANU, agreed. ‘A museum is a place we can talk about what we as a nation can do.’

‘I am interested in how creatives and artists work with communities and audiences – it is about energy transmission, and if people feel engaged then you can empower them. That trust is important – the trust a museum carries.’

Andrews asked: How hard is it ‘to go rogue’ with these conversations?

McKay admits that she has ‘a bit of a politician’ in her, adding that the bold changes she has led at the AM, especially their recent Unsettled exhibition, would be ‘a red rag to a bull … we have had more push back on climate change appointing Tim Flannery as our climate change Fellow. It was a bit of a lightening-rod moment’.

An artist making work about climate change, Alexander Boynes added: ‘I think we need to have uncomfortable and difficult conversations, and museums and galleries should be safe spaces to have those tough conversations.’

McKay believes there has been a shift in public opinion and that people are ready for change.

‘I don’t think we have gone rogue. I think we are reflecting public opinion. The community are there with us, even if political commitment is wanting. The bushfires changed a lot in Australia, and we saw that in our engagement levels at the museum. Australians are really getting engaged in these issues.’

Newman continued: ‘Museums have a huge role to play. Museums are about galvanising; they can reach many people, and they are one of the places were people come to learn in diverse ways across ages and backgrounds.’

‘Museums can’t fix climate change, but we are a major tool – an important tool – in playing a part,’ Newman concluded.

Andrews agreed: ‘I think recognising the power of the institution in its capacity to educate children – any public facing, public program position within a museum is incredibly important. You are at that interface where you not only deliver an institutional message, but are at the personal space where you can enter a dialogue.

‘We need to adequate resource these roles in museums; to be the personal face of a grand kind of leadership,’ she concluded.

‘Climate change and the cultural Sector’ was presented 8 June in Canberra. AMaGA is the peak body for Museum and Galleries in Australia.