Chinese art’s role in the hardening of soft diplomacy

China’s influence in the arts has long been tied to its political goals. Alison Carroll looks at how it has become more insidious in recent years.
Alison Carroll 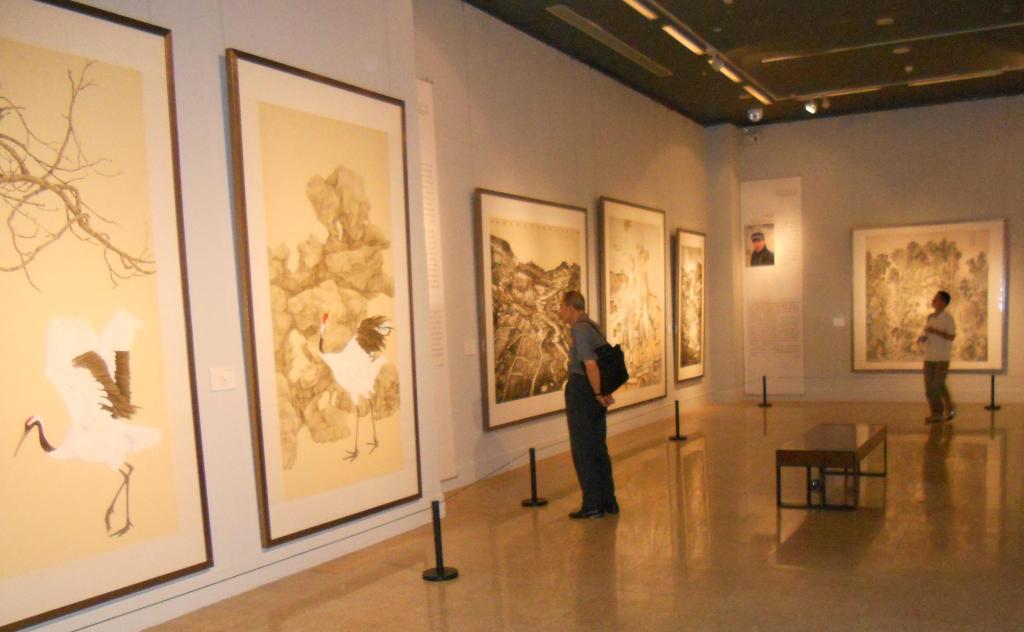 More than 20 years ago I gave a paper at the Asia Pacific Triennial conference, subsequently published by Queensland Art Gallery, (‘Curatorial Futures: What Will “Cultural Exchange” in Asia be in 2020?’ Present Encounters: Papers from the conference, The Second Asia-Pacific Triennial of Contemporary Art) where I speculated on the future of ‘Asia/Australia’ art relations in the distant future, i.e. 2020.

One question that seemed especially pertinent in that distant future (i.e. now) was:

‘will the changes in China mean a strengthening of the so-called Asian positioning?’ and, further, ‘will China’s increasingly strong role tip balances in our art world? Will this put pressure where we thought them lifting? Will we have to negotiate with Chinese cultural agendas as we currently do not? And most importantly will China’s agenda sway the way others in the region interact, and make the difficult negotiation with Western ways easier to avoid?’

In that piece I put the Asian curator as crucial in this mix, as ‘a symbol of the centre of the seesaw balance between an expanding regional art administration on one side and the more and more confident international artist on the other’. But it has got larger than any individual intermediary. The world has changed, big time.

China is flexing its muscles, as we all know, including in the way the arts are used as an implement of international exchange. (You might say, propaganda, but that is too blunt an instrument here: it is true soft diplomacy though occasionally with a heavy hand behind it.)

The mood is exemplified by the attitude of Chinese students here being more overtly proud of their country, its history, its structures, and its power.

The Conversation published an article in the wake of early protests in Hong Kong and leading to the 70th Anniversary celebrations of the People’s Republic of China (PRC), focused on the impact of ‘Moral Education’ in China. The authors interviewed students recently arrived from the PRC to study in Australia on the role of Moral Education classes in their schooling:

‘I was taught to love our motherland and love our country. It’s the right thing to do.’

‘In secondary school Moral Education made us all feel we are part of one China and what the government is doing is to give us a better life.’

The wider agenda for such ‘Moral Education’ is exemplified by this poster in a Beijing subway, exhorting passers-by to ‘Patriotism, Innovation, Inclusiveness and Virtue.’ 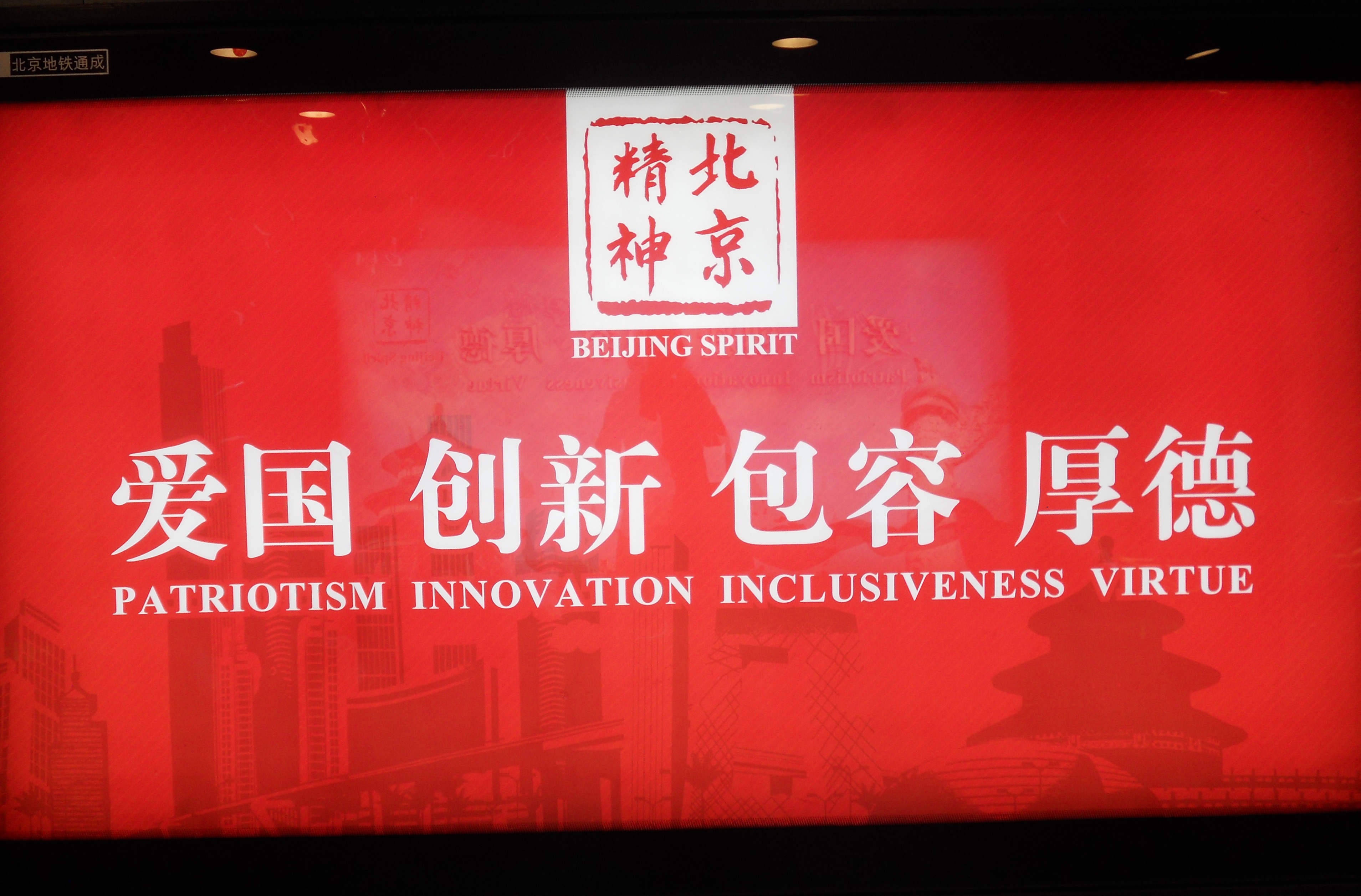 The more sinister hand of coercion or surveillance lurks in the shadows, something which will no doubt become clearer as time goes on. I certainly have experienced surprising ‘pressure’ from a PRC student challenging the content of a lecture on Asian art given some 18 months ago, where, asked to speak on any issue I wished on ‘Asian art’, I chose to talk about Japan and Indonesia. The student said they were not interested in that, only China. She further said I must talk about ‘brush painting’, the old literati tradition of North Asia, not these works that ‘Western curators’ were obsessed with. And, lastly, she added that Ai Wei Wei, whose work I had included in passing, was not to be discussed as ‘he was nothing in China’.

I later mused that if I cared about my future career as a lecturer, given ‘marks’ by these students, I might indeed think about changing my focus. Was this just the personal opinion of that student? I will never find out, but the outburst was extraordinary in my experience of usually deferential Asian pupils.

The Venice Biennale, more and more central to soft-power cultural diplomacy, as most readers of ArtsHub will know, is made up of a central general exhibition and surrounding ‘pavilions’ chosen by some 90 national governments selecting the artists they want to promote. Australia’s rusted steel (very beautiful) pavilion, designed by John Denton, this year has the work of Angelica Mesiti, a serious offering with a big budget and big expectations. The next New Zealand iteration has a budget from their government of $800,000 – again, serious money, serious commitment.

The PRC has an official ‘pavilion’ in one of the two main sites of this very important international event. The area they use is at the very end of the long Arsenale venue: not optimum for visitors with finite energy, but it is big in size, and this year showing a higher level of care and focus than in the past. The 2019 selection is a reflection of ancient Chinese aesthetics, including a huge woodcut of waves, by Chen Qi, that has ‘nature’ (here the sea) surrounding the viewer, like stepping into a literati landscape, with the added subtext that woodcuts, the Chinese say, were a Chinese invention. That student of mine would have been pleased.

More obvious in the context of changing soft power is the position of the art from Taiwan on show, organised by the Taipei Fine Arts Museum, which has been centrally sited in Venice, next to the Bridge of Sighs, in a fine solid building – albeit an ancient prison – showing professionally curated, serious expositions of their artists for many years. They are always interesting shows, selected by curators aware of international, you might say indeed ‘Western’, trends.

This year there is a show (by Shu Lea Cheang) on surveillance – slightly spooky in itself, and certainly in the circumstances of real politik. But the whole thing does not appear on the Biennale map or information as from Taiwan. It is in the list of ‘Collateral Events’ but described (in the Short Guide, a mere 293 pages) as only 3x3x6, with just the address given. The Biennale website similarly excludes ‘Taiwan’ anywhere from the listing of this ‘event’, apart from the ‘promoter’ (the Museum) named as from Taiwan.

The shows from Taiwan have been described as ‘collateral events’ for years, but gradually, on my perusal of recent catalogues, the name ‘Taiwan’ is fading more and more into the Venetian mist. The same section of the Short Guide has Hong Kong and Macau, as well as Wales and Scotland also listed. You see the trend: not entities in their own right – unlike the PRC or Great Britain. Oh, the fun and games for the Biennale authorities, thinks this bemused onlooker. Makes being Australian seem very simple.

In Venice, in the central exhibition, there are six artists named as from the PRC, more than any other Asian country (more than twice the Japanese or Korean artists, the next biggest groups). Surely they deserve it (it is a great show), and Chinese artists have been chosen for many years in this central exposition, indeed on their merits. Cai Guo Qiang, whose 2019 show at NGV has attracted queues to the very end, was an early selection there, and all who have seen his work know how it reflects ancient Chinese cultural tropes. Is it just now that this work can be seen in a new Sino-centric context? Another instance indeed of the newly acknowledged power of this tradition?

There has been an increasing focus in the West about the number of contemporary Chinese artists responding to these ancient traditions, particularly of brush painting, often re-invigorating these old traditions with new issues, and often critically. One example is the exhibition Ink Remix; Contemporary art from mainland China, Taiwan and Hong Kong, recently touring Australia.

None of this is bad in principle and indeed a welcome re-balancing of the weight of ‘Western culture’ in our global world.

I looked again at my 20-year-old questions and am bemused to think that the answers are, pretty well, ‘yes’, even the last one about avoiding Western engagement. I was conscious on a recent visit to Beijing that the National Art Museum of China (NAMOC) just had literati brush paintings on display, all made in the last few years.

I had thought 20 years ago that such an institution would become like a Western art gallery with ‘international art’ to the fore. Including Chinese art of course, but with a strong element of art-from-elsewhere. After all, that is one of the central roles of our art museums: to show art-from-elsewhere not otherwise viewable by those not able to travel the world. But, like my student, it seems NAMOC also is responding to a more national focus.

Things have changed, but not because any of us in the West had a say in it, but because the Chinese themselves have made any choice or discussion of the matter by mere mortals in Australia superfluous.