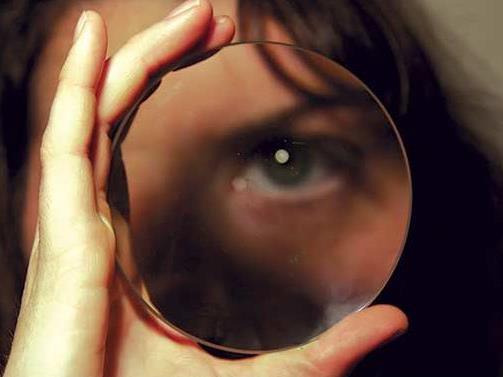 Image: A Series of Intimate Experiments, part of the AFC’s 2014 inSPACE development program.

This article is a response to an opinion piece, Animosity in Adelaide, which can be read here.

Douglas Gautier, CEO and Artistic Director at Adelaide Festival Centre (AFC) has countered suggestions published by ArtsHub last week that no-one would miss his venue if ‘the entire Festival Centre slid down the banks of the river and into the Torrens’.

‘Almost 900,000 people would miss it,’ Gautier said on Tuesday, referring to the approximately 877,000 attendees at the Adelaide Festival Centre’s activities, including ticketed shows, non-ticketed events, internal events and food and beverage sales, in the 2012 calendar year.

Audience engagement is certainly a key indicator of a venue’s success, and Gautier is to be congratulated on drawing in the crowds, as well as significantly reducing the number of nights that the AFC is dark each year since he took up the Centre’s reigns in 2006.

But as well as supporting the public’s engagement with high-quality performing arts events, does the Festival Centre see itself as having a primary role in supporting its city’s artists? No statement to such effect appears in the Adelaide Festival Centre’s published mission statement  which instead talks about regional leadership; the planned Centre upgrade; programming; ticketed attendances, customer experience and a sustainable financial model.

Following the publication of ArtsHub’s story – which drew upon formal and informal conversations with members of Adelaide’s arts sector, and outlined their many concerns about the Adelaide Festival Centre’s apparent lack of engagement with the sector locally – the Centre responded by flying me over to Adelaide for the day on Tuesday, to attend a round-table lunch attended by Gautier and numerous staff, including Liz Hawkins, Head of Programming; Torben Brookman, Producer, Adelaide Cabaret Festival; Mary-Anne O’Leary, Marketing Manager; Petrina Egan, Publicity Executive, Marketing & Communications, and the producers of the OzAsia Festival, the Adelaide International Guitar Festival, the inSPACE artists’ development program, its visual arts program, and others.

Hearing firsthand from AFC staff about their many and diverse programs and the Centre’s numerous behind the scenes activities was valuable, though given the concerns raised by members of Adelaide’s arts sector, I do hope that the city’s artists are given a similar opportunity to speak directly with the Centre’s senior staff.

From that meeting, it became clear that AFC staff members are proud of the programs they manage, such as the 10 works in development this year as part of the inSPACE program (two of which have already been presented). They also value the flow-on effect for artists who participate in the Centre’s programs and festivals, such as pianist Gabriella Smart’s Helpmann Award in 2009 for Best Chamber and Instrumental Music Concert, following her performance and curation of Ecstatic Dances for the 2008 OzAsia Festival.

AFC staff also highlighted the growth of culturally diverse audiences at the Centre; their support for local, national and international musicians through the Sessions program in the Space Theatre; of national exposure for artists participating in the Adelaide International Guitar Festival via ABC broadcasts; and many more activities.

Could the AFC be better at communicating its success in some of these areas, particularly those areas which may fly under the radar, such as its international internship exchanges as part of the OzAsia Festival; the Class of Cabaret program, which has provided over 90 secondary school students to date with access to a cabaret development program; and its subsidised tickets for children and young people? Apparently so, given the poor rap the Centre has from so many local artists.

The breadth of concern among Adelaide artists reported last week by ArtsHub was striking. It included complaints that the Centre did not subsidise and support local independent and alternative work; dismay about the hiring costs of its theatre spaces; and the perception that its culture is defensive rather than collaborative and engaged. Since the piece was published, more artists have come forward and raised new concerns, such as issues regarding the quality of the AFC’s technical facilities and the allegedly disproportionate costs charged for such equipment.

Rather than directly address these complaints, Gautier and his team paraded the hard work they are doing to present both valuable and commercially appealing work, some of which benefits local artists.

But the Adelaide Festival Centre has failed to convince its local artistic constituency that it cares about them. It needs to work harder at this. Perhaps both the Festival Centre and Adelaide’s artists need to speak more openly with one another in order to build a stronger relationship between the city’s creators and its flagship venue.