Audience development: turning the launch into an art form

Dunking machines, art installations and a goat – is this the secret to a great season launch?
Richard Watts 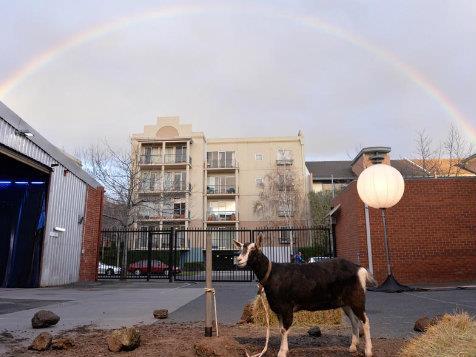 Launching the Melbourne Theatre Company’s 2014 season on Monday night before a near-capacity crowd in the 2381-seat Hamer Hall, MTC Chairman Derek Young noted with pride that the company’s season launches were so keenly attended that they had to be ticketed.

‘Our season launches are the envy of every other state theatre company in the country,’ he said.