In an innovative approach to philanthropy, the MCA has received a promised bequest that will be invested in sustaining future programming.
Visual Arts Writer
[This is archived content and may not display in the originally intended format.] 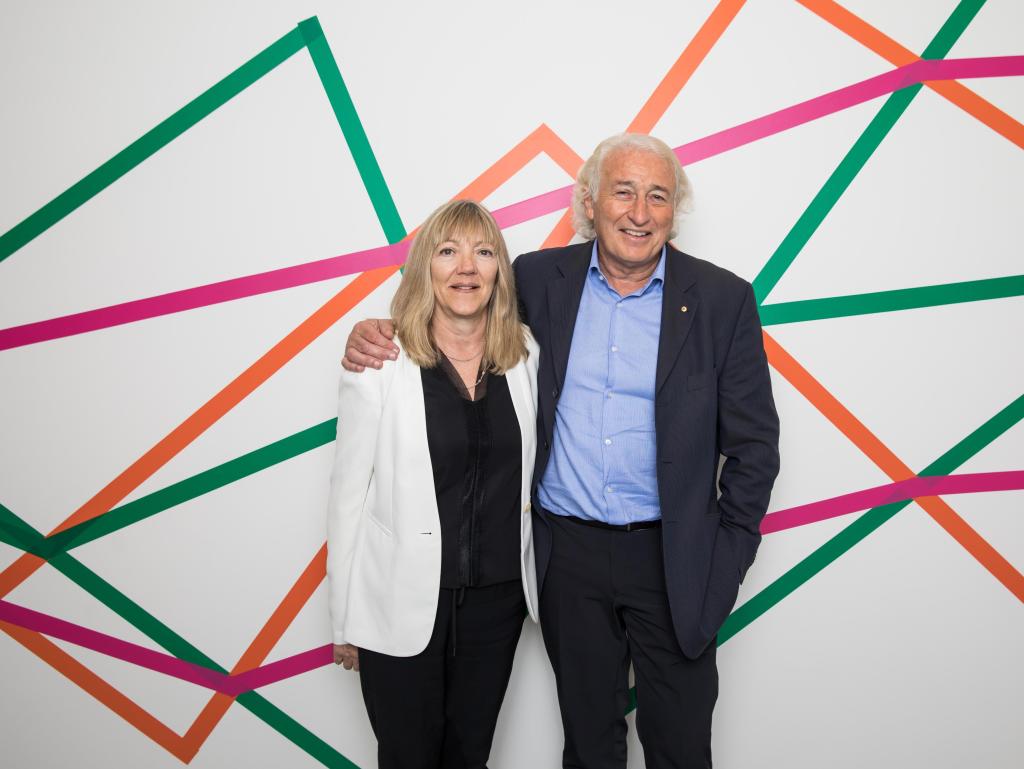 The Museum of Contemporary Art Australia (MCA) has announced an extraordinary million dollar pledge by philanthropists Peter Ivany AM and Sharon Ivany – one that takes a particularly innovative approach to the future sustainability of the museum.

The pair’s promised bequest of $1 million will be invested by Peter Ivany to ensure that accruals earned on the gift will be partly used to support the MCA Access Programs. The remainder will be reinvested, thereby increasing the value of the original bequest.

MCA Director, Elizabeth Ann Macgregor OBE said: ‘This is a highly innovative approach to giving: I love the idea that Peter is working for us! The savvier his investments are, the more support we get for our programs.’

With a particular focus on Western Sydney, the Ivany’s Major Gift donation will support the MCA Momentum program, which enables disadvantaged young people from NSW in Years 9-11 to participate in an intensive art workshop at the MCA.

Delivered in partnership with the Smith Family’s ‘Learning for Life program’, participants will explore contemporary art practice and exhibitions with MCA Artist Educators.

Macgregor said of Ivany’s innovative approach: ‘This way we concentrate on delivering high quality experiences for young people, while Peter uses his investment skills. He expects the fund to grow over time, enabling the bequest to ultimately be significantly higher than the amount originally invested.’

The couple are long-standing donors to the Museum. This major pledge follows a significant donation made to the MCA’s capital campaign in 2011, and ongoing support through the MCA Ambassador program since 2003.

Additionally, Peter Ivany was previously an MCA Board Member and Sharon Ivany, a member of the MCA Bella Committee.

The pair said of their bequest: ‘We hope our pledge will encourage more philanthropic minds across the nation to follow in our footsteps, and help the MCA to continue to connect a broad and diverse public with the work of living artists and to develop programs that foster the creativity that is so essential to society.

‘We believe, like the MCA, that access to art can – and does – change lives, and the MCA has demonstrated its leadership in this field.’

Peter Ivany was the CEO behind the success of Hoyts Cinemas, at the time when the company grew from a small chain in Australia to a global business with over 2,000 theatres operating in 12 countries. After the sale of Hoyts in 1999, he built his own investment business, Ivany Investment Group (IIG) with a range of diversified investments from property, private equity, bonds, start-ups, and company turnarounds, both in Australia and overseas.

Current investments include IMAX, Sydney Zoo and Allied Credit. Previously Peter was Chairman of the Australian Film, Television and Radio School (AFTRS) and Chairman of the Jewish International Film Foundation of Australia. He has also contributed to the Boards of the MCA, the President’s Council of the Art Gallery NSW, and was a founding member of Events NSW, now Destination NSW.

Ivany is also an Adjunct Professor for the Faculty of Business at the University of Technology Sydney.

In 2007, he was appointed a member of the Order of Australia for service to the community, business and the arts.