In a first nationally, women hold the seats across three tiers of leadership within the arts in Tasmania – and the rest of us should be taking note.
Gina Fairley 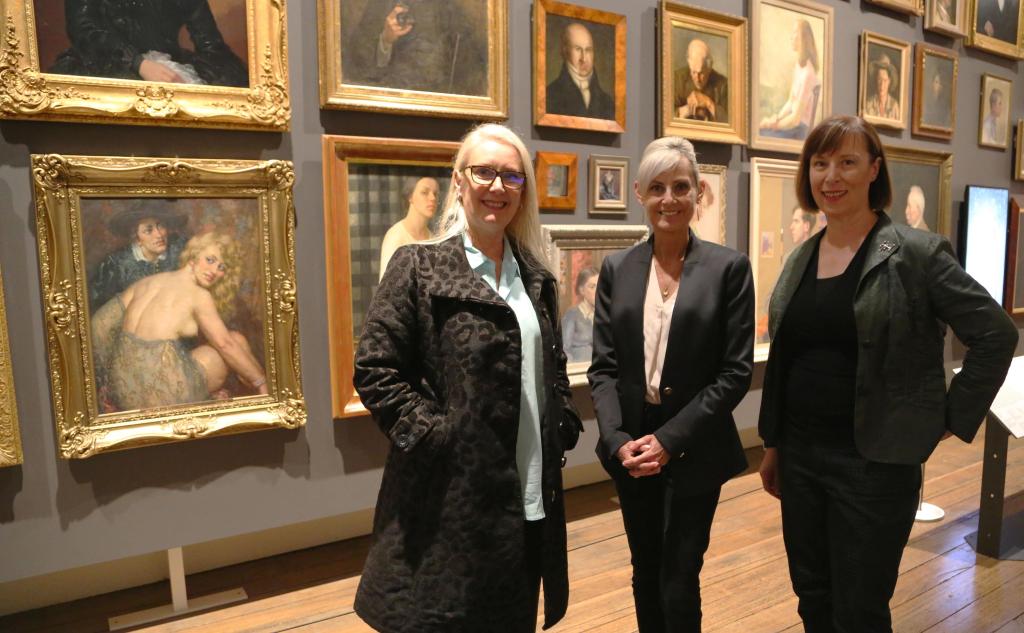 Earlier this month, the Tasmanian Museum and Art Gallery (TMAG) announced that it had appointed Brett Torossi as Chair of its Board of Trustees. It is the first time the position has been held by a women in the Museum’s 174-year history.

What makes this appointment all the more significant, is that Torossi joins TMAG Director, Janet Carding, and Elise Archer, Tasmania’s Minister for the Arts, to cement faith in the capacity of women to hold the top drawer jobs.

Minister Archer told ArtsHub: ‘I would encourage any company to set aside gender bias and appoint any woman that would do the same to its respective board.’

Tasmania is the only state in Australian where leadership is filled by women across these roles – currently, and historically. Furthermore, Tasmania’s Deputy Secretary of Cultural and Tourism Development, a key position with the Department for State Growth, is also held by a women – Jacqui Allen.

‘Women, who represent over half of our population, are consistently recognised as a group who experience inequality across a range of economic, social and professional spheres, especially leadership and decision making,’ continued Archer.

Her government is committed to a target of 50 per cent representation of women across all Tasmanian Government boards and committees by July 2020.

The cultural and creative industries sector injects around $179 million into the Tasmanian economy each year. This week the government, under Archer, committed a significant package of $2 million to support the local arts sector in the wake of COVID-19’s impact.

The Minister of Arts portfolio is held by women also in Queensland, by The Hon Leeanne Enoch, and in the Northern Territory, by the Hon Lauren Moss. Queensland was also quick off the mark to help artists during these trying times. Does that suggest that women perhaps better recognise the social and healing benefits of the arts, and a greater champions for empathy?

What does this leadership say about Tasmanian vision?

In the most recent Countess Report (published 2019), data showed that 53% of board appointments are held by women across visual arts organistions generally, while only 33% are represented on state gallery boards.

It is a similar pattern, Directors or CEOs are held by 36% women generally, with only 12.5% holding these positions across state art museums.

Minister Archer told ArtsHub: ‘Moreover, in recent years, there has been an increasing awareness of and focus on ‘unconscious bias’ when the opportunity arises to engage women in positions of leadership. Unconscious gender bias is when leadership is viewed as a male-only domain and is often inherently entrenched in the culture of an organisation or business. It lies at the heart of why men are disproportionately chosen ahead of women for leadership roles. Changing this bias means changing cemented patterns of thought – for both men and women.’

Keep pushing because you are good enough.

Carding is among that statistic, along with Rhana Devenport of the Art Gallery of South Australia – the only women to currently hold directorships across Australian state art museums. At the recent Trustees Meeting, Carding was returned to the position for another five year term.

Carding continued: ‘I think these appointments confirm that Tasmania should not be underestimated. We are leading in so many ways – food, arts and culture, sustainability – and female leadership is just one more to add to the list.’

She told ArtsHub: ‘I have been fortunate enough to work with women leaders throughout my whole career, so for me I don’t see women arts leaders as something novel. I would like to get to the point where female gallery directors are so common that they are no longer remarked upon!’

Torossi added: ‘Tasmania has always been a little bit different. We are a small and interesting community, and because we spend a lot of time on the edges there is not much middle ground, so that makes for wonderful creative tension in so many areas.’

‘It reaffirms the fact that Tasmania is and will continue to be a progressive State where anyone can fulfil their hopes and achieve their aspirations regardless of gender,’ Minister Archer continued.

After the 2014 State Election, Archer was named Government Nominee for the Speaker of the House of Assembly – the first female Speaker in the Assembly’s 158 year history. In October 2017, she joined the Cabinet as Minister for the Arts.

Torossi makes the gentle point that women make really good leaders in every sector, not just the arts.

Torossi has rubbed shoulders at the highest levels of management; her experience is testament to her belief.  She has also been Chair for Tasmanian Heritage Council; Director, Tourism Tasmania; Director, Tasmanian Development Board; Member, Brand Tasmania Board; Member, Premier’s Visitor Economy Advisory Council and Member, Rhodes Scholarship Selection Panel.

Advice to women struggling to push to that next level

Minister Archer’s advice was simple: ‘Keep pushing because you are good enough.’

It was a sentiment Cardiff shared: ‘I meet too many women who tell me that they couldn’t imagine being a leader. My advice would be to imagine yourself in a leadership role, and then find a good mentor who can help you gain the skills you’ll need to get there.’

Torossi’s advice to women in middle management roles wanting to push through to the next level was to understand the numbers.

‘Learn how to read a balance sheet, go and understand public accounts. Half the reason that people don’t move up is that they don’t understand the numbers – so my advice is to get good at numbers and data, and also improve your capabilities around audit and risk management,’ said Torossi.

She said a good place to start is to become a member of a budget committee, or an audit and risk committee first.

The Minister continued: ‘I’d like to think I can speak from experience when I say that if you have the work ethic, the drive and the willingness to work constructively with others, you will achieve your ambitions.’

Carding added: ‘I don’t think that leadership skills are gender-specific… To be a good leader in the arts, you need to be able to work collaboratively with others, including your own team, and community partners. It’s important to create a vision and inspire others to follow it; to look at the big picture and also have an eye for detail, so you can imagine how an innovative project might come together.’

Minister Archer concluded: ‘Redressing gender imbalance in leadership and decision-making is about highlighting and capitalising on individual qualifications, expertise and competence.