The little theatre that could: 50 years of La Mama

This month La Mama Theatre celebrates its 50th anniversary. How different would Australian culture be without it?
Richard Watts 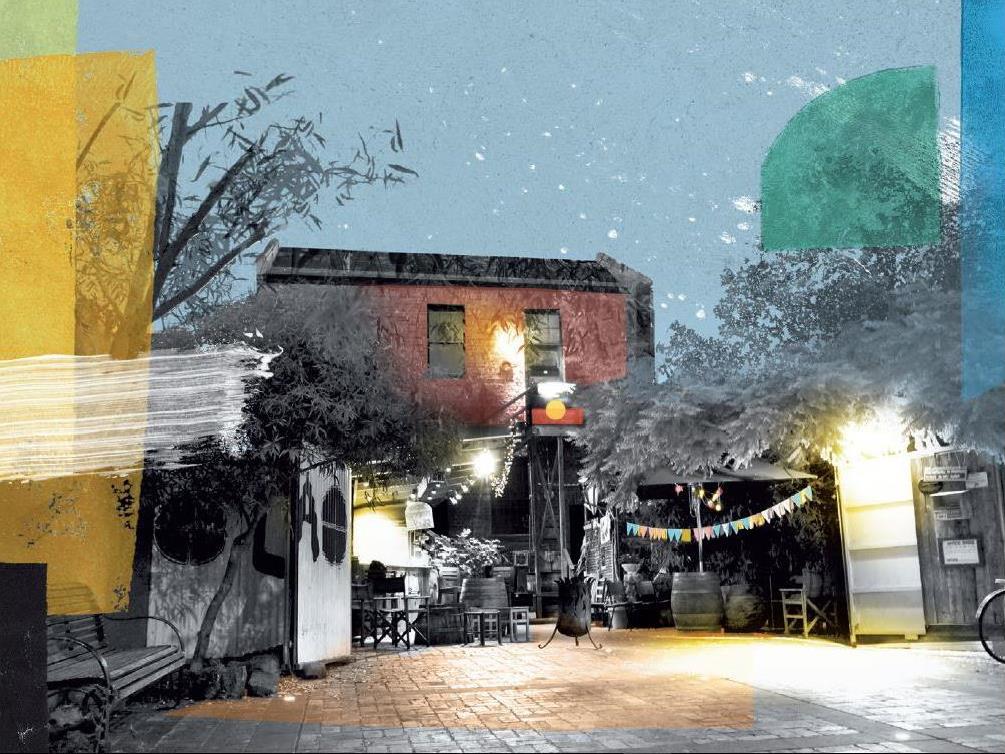 Following a trip to New York in the 1960s, potter and schoolteacher Betty Burstall returned to Melbourne with a hunger for the off-off Broadway theatre she’d discovered in the USA.

‘We were poor. It was impossible to go to the theatre – even to see a film was expensive – but there were these places where you paid fifty cents for a cup of coffee and a performance, and if you felt like it you put some money in a hat for the actors … It was very immediate and exciting, and when I came back to Melbourne I wanted to keep it going, but there didn’t exist such a place,’ Burstall said in a 1988 interview.

And so La Mama was born.

Established in Carlton, in a former shirt and underwear factory, the first play to open in the tiny theatre was the world premiere of Jack Hibberd’s Three Old Friends, in late July 1967. In total some 20 works were staged in the theatre’s first 12 months.

Fifty years on, La Mama now stages over 100 productions a year as part of its primary program, in addition to a range of play readings, poetry readings, live music performances and more. It has become one of the most vital theatre spaces in Australia – indeed, some would argue it is the single most important theatre Australia has ever seen.

The new Australian theatre scene which coalesced around La Mama was born in part in the late 1940s and mid-50s (a time dominated by the Australian Elizabethan Theatre Trust and its tours of opera, ballet and theatre – tours shaped by the conservative Australian values of the time) with the success of plays like Rusty Bugles and The Summer of the Seventeenth Doll.

‘The success of The Summer of the Seventeenth Doll in the summer of 1955, a dozen years before La Mama was formed – that gave a lot of people who wanted to find a way to put their voice on stage a drive and a want for something. And at least some of those voices would have found a home without La Mama; I think the Australian voice still would have come on stage in some way,’ Cass said.

Playwright, director and academic Robert Reid is adamant about the theatre’s significant impact on Australian culture. ‘Without La Mama there would have been no Pram Factory, no Anthill – it’s arguable that fringe and independent theatre might have developed in an entirely different direction, and possibly not developed at all,’ he told ArtsHub.

Award-winning playwright Patricia Cornelius is similarly enamoured of La Mama, which she calls ‘one of the most vital theatre institutions in the country’.

‘What it does is offer a whole lot of people a very accessible and supportive environment in which to experiment with work – to put on the dream that you’ve had for a long time, the very first work, the work that was hardest and that people reject all over the place, the work that needs that wonderful period of experimentation – and La Mama has always been open to it. It’s just the most fantastic institution. I owe it so much,’ Cornelius added.

As theatre historian, academic and director Julian Meyrick notes, ‘La Mama is best celebrated by giving a sense of the vast range of people who owe part of their careers to it,’ a theme he expands upon in a recent piece for The Conversation. At La Mama, such people include the likes of Cate Blanchett, Barry Dickens, Judith Lucy, Julia Zemiro and the late Margaret Cameron, and more recently The Rabble, Daniel Schlusser and Nicola Gunn.

‘I think the film industry would be really different without La Mama, because of course the films of Tim Burstall and all the films that Graeme Blundell was in, and all of those kinds of people – they wouldn’t have existed without La Mama. The play The Coming of Stork turned into the movie Stork for instance. And Dimboola. Even Melvin: Son of Alvin – those films didn’t directly come out of La Mama but the ethos of the films, the larrikin voice that’s in those films – La Mama was where that voice formed. And that voice we think of – the voice of the Australian stage and the voice of Australian movies – I think that would be really different if not for La Mama,’ he said.

Artistic Director Liz Jones, who has worked at La Mama for 44 of its 50 years, says the theatre has contributed enormously to the broader arts ecology since its doors first opened in 1967.

‘The theatre landscape – particularly the Melbourne theatre landscape – is very broad and it’s a very vibrant small-to-medium scene in Melbourne. And I’m very aware when I go to most other places, particularly Sydney, that there isn’t that small-to-medium culture. The poor grassroots theatre-makers in Sydney particularly are always struggling to find venues, outlets and to get the recognition they deserve. Whereas I really do think that just as Melbourne quite treasures its grungy laneways, so too it treasures its small to medium theatre scene,’ Jones said.

Despite its small size, La Mama continues to punch above its weight through its contribution as a testing ground and training ground for emerging and experimental theatre artists – many of whom over time have gone on to become leaders in their field.

‘I believe very strongly that the healthy grassroots of a community is what actually gives the community its breadth and eventually its heights,’ said Jones.

One La Mama alumnus who has gone on to scale the heights is David Williamson, now arguably Australia’s best known playwright.

‘I owe my career to Betty Burstall and La Mama,’ Williamson said. ‘There’s absolutely no doubt about it, plays have an immediacy in that little setting that is electrifying.’

Cornelius, one of Australia’s most respected contemporary playwrights, cut her teeth at La Mama on an early collaboration with Susie Dee, Lily and May, which went on to tour nationally and internationally. The play returns to La Mama this month – in a double bill with a more recent work by Cornelius, Love – as part of a mini-festival of works by alumni programmed to celebrate the 50th anniversary.

Williamson’s latest play, Credentials, will have its world premiere in the same season, in a production directed by Tom Gutteridge.

‘Susie Dee and I are doing Lily and May because it premiered there over 30 years ago … It sort of felt like for us an example of a work that matured and was nurtured by La Mama in its first incarnation and then I could have another go at it because I could see where it had to go. I grew up and became a better playwright and so I knew where it should go. And I think La Mama does that all the time – it offers that chance to fledgling [artists] or even old-timers like myself. It’s the kind of place where you feel really safe to experiment on any level,’ Cornelius said.

Over its five decades to date, La Mama’s significance has grown to the point where its contribution to the theatre sector is recognised nationally.

Julian Hobba, Executive Director of Perth’s Blue Room Theatre said: ‘La Mama has set a vision for communities of independent theatre makers to aspire to. The Blue Room Theatre was founded in the late 80’s in Perth with the same kind of cultural mission, to be a place where artists have freedom and agency and local culture can find its voice on the stage.

‘You don’t need huge production values, you just need craft, imagination and opportunity. That’s what La Mama has shown decade after decade and it’s the same spirit at The Blue Room.

‘History shows that if you can provide that cultural bedrock, a lot can grow out of it. You plant seeds. That’s why places like La Mama and The Blue Room Theatre remain so vital, they continually refresh the landscape with new voices and visions,’ Hobba said.

But while La Mama’s impact deserves celebration, Jones cautions against too much mythologising.

‘Our importance does get over-emphasised once every 10 years or so, because the press and the media pay us so much attention on our birthdays, or when we buy our building or whatever. But the rest of the time we are allowed to shrink to a very much smaller size and reality kicks in,’ she said.

‘I remember Andrew Bovell talking about coming over from Western Australia, and La Mama had been so mythologised to him over there when he was studying, I think at WAAPA, and then he came over to Melbourne. And here was this grungy little space, and he came in and saw work he wasn’t very impressed by,’ she laughed.

‘And that will always happen, because, you know, we’re not on about a continuously high profile or excellence every day; we’re really on about exploring boundaries and taking risks – so sometimes we have to fail!’

Disclaimer: The author is a member of La Mama’s volunteer Committee of Management.