Livestreaming lockdown: how it is changing performance

Isolated from their audiences during lockdown, performing artists found alternatives to connect with audiences through live online performance. But just how is this working out, and what lessons have artists – and audiences – learnt from their experiences?
Jennifer Barry 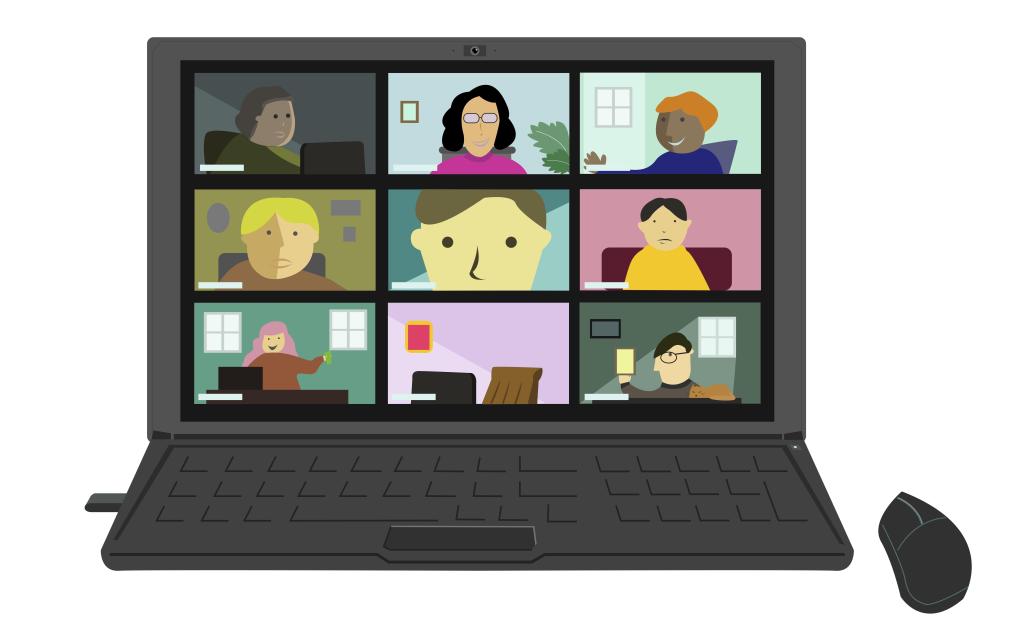 Zoom and other forms of videoconferencing have changed how we experience theatre at home. Image Shutterstock.

Friday afternoon, Polash Larsen is busy setting up a backdrop in his backyard shed in Brunswick. As lead vocalist for eight-piece soul-funk band The Offtopics, Larsen is comfortable playing for noisy crowds in hot venues, but he has mixed feelings about performing online. ‘I’m a live performance person,’ he explains. ‘I don’t like screens necessarily. I get tangled up in the semiotics of it all’. Still, tonight Larsen will play a solo gig livestreamed via YouTube.

Saturday night, Varietyville’s virtual green room is a bustle of artists and producers. Pre-show preparations play out in a curated cohort of bedrooms and kitchens across Australia: in Geelong, Varietyville’s host and co-producer, Daniel Oldaker (aka Dandyman), is reviewing his lines; his partner, performer Rani Huszar (aka Foxy Moron), is checking her props; in Fitzroy, stage manager, vision switcher, and self-taught Zoom wizard, Amy Cater, is queuing videos and running last-minute technical checks; and her partner, Varietyville’s co-producer, Mike Finch, is discussing final arrangements with audience participants and corralling guest artists. Welcome to the world of live Zoom performance.

It’s hard to imagine any online performance competing with its real-world counterpart. After all, the visceral connection between artist and audience, is what makes live performance unique. Being part of something bigger than ourselves, at the same time, and in the same place as others, is one of the great pleasures of live performance.

So, can a live online show ever be as good as a live in-venue show?

‘From the very first day of shutdown, I was obsessed with how performers are going to experience laughter and applause,’ says Mike Finch, creative itinerant, and former Artistic Director of Circus Oz. As someone acutely sensitive to the symbiotic relationship between performer and audience, he admits, ‘We haven’t quite nailed all of that yet’.

To say Finch is enthusiastic about the creative possibilities of live Zoom performance is an understatement. Thoughts cascade out of his mouth like a burst dam. ‘This is a new form, and I’m interested in playing around with it. And I’m really interested in how it could inform live performance And, in some ways, enhance it. It’s never going to be the same as live theatre, but it’s better than television… And the culture of it… it feels like community radio… And the democratic aspect of it… you don’t even need the Zoom app to watch it on your laptop, so it’s really accessible.’

But not everyone’s so keen. As one of Australia’s most fearless live performance artists, there’s no audience Sarah Ward (aka Yana Alana), can’t conquer. So, it’s more than a little heartbreaking to hear her describe a recent experience as a guest artist in a live online show. ‘I couldn’t see people’s faces,’ Ward says, ‘and I felt so alone in it. It was awful’.

It’s not hard to imagine the dissonance Ward was feeling between the energy and power she ordinarily extracts from a live audience, and the emptiness she felt performing to her laptop. ‘I don’t have an answer,’ Ward says, ‘but I know that, for me, I don’t want to film myself performing in a loungeroom. I’m not interested in rehashing what I’ve done in the past and putting it online for live performance’. For now, Ward is directing her talents toward making pre-recorded digital content where she can better control the quality of the outcome.

Of course, there’s another stakeholder to consider in this new world of live online performance: the audience. How are they experiencing this new mode of entertainment? ‘I don’t think live Zoom performance will replace live theatre,’ says Natasha Tonkin, a leadership consultant from Ballarat, and a regular audience member at Varietyville. ‘It’s more that it’s an extra option available to people’. As the mother of two young children, Tonkin often finds herself home on a Saturday night, missing interaction with friends. ‘That is what I love most about live performance, interacting with people before and after a show’.

Finch agrees. ‘From the early days of doing this, the first epiphany we had was how keen people were to see each other. So, we created a virtual foyer that opens up 20 minutes before the show so people can mingle.’ Bookending the experience, Varietyville also introduced an ‘after-party’ where artists and audiences can mix. This is clearly a big part of the attraction for Tonkin. ‘It’s fantastic because you can watch the show, interact with other audience members, and not have to find a babysitter’. Tonkin has recruited six of her best buddies (some in Ballarat, others in Sydney), to regularly watch the show with her. ‘We’re so busy’ she says, ‘it’s the only time we catch up!’

Currently, the tension between the capacity for audience connection through live online performance, on the one hand, and artistic quality, on the other, is dynamic. All the artists I spoke with agreed that the audio-visual quality of Zoom is limited. For musicians like Larsen, this limitation meant the choice of using YouTube, which has better sound quality, was an easy one to make. But, for others, it seems Zoom’s capacity for greater interactivity, and the ability to see your audience members, are too good to pass up. (The only interactivity possible on YouTube is through viewer comment and emojis.)

I message Larsen the day after his livestream gig. ‘How are you feeling about it?’ I ask. ‘Last night’s gig was the most technically problematic one I’ve done,’ Larsen messages back. ‘Plus, I found myself easily derailed by the comments. It was a particularly quirky audience. Still, for the price, it’s good value entertainment.’ He’s not wrong.

I recall something he told me a few days earlier – ‘It [online performance] takes a lot out of me because I’m performing into a vacuum’ – and I wonder why he does it. It’s a rhetorical question, of course, because I already know the answer. All of us are all performers, directors, and voyeurs. And whether it’s the real or virtual world, we need each other.