Is the sector over-reliant on volunteers?

When you call a plumber do you stop and think "is this person getting paid?" No, because we have labour laws that ensure people are paid for their work. So why do we seem to accept that a different standard applies to workers in the creative industries?
Dr Diana Carroll 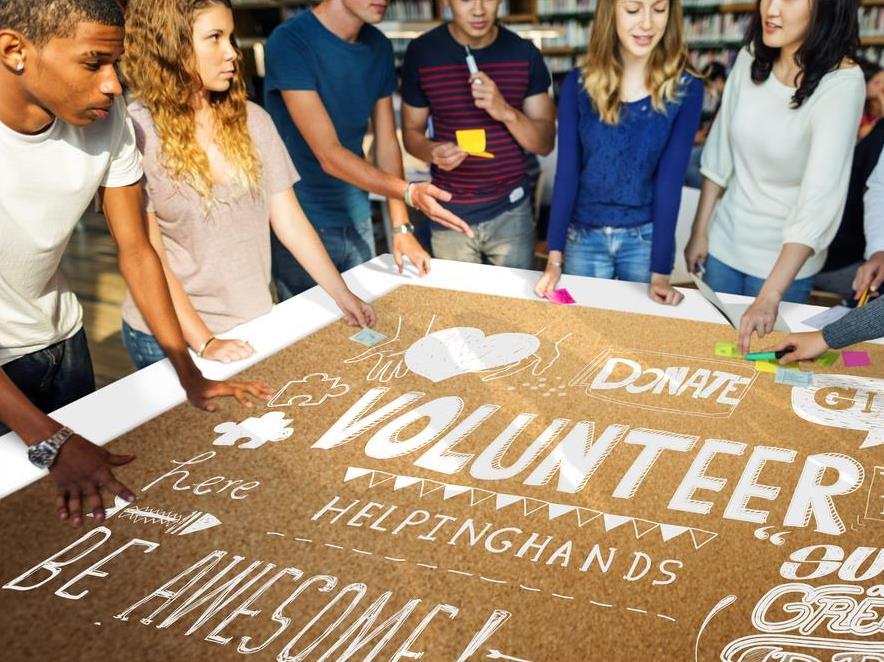 For some time now, I’ve been concerned about the prevalence of unpaid work across the arts sector. Last month I noticed the young people distributing flyers and giving out information and goody bags at The Other Art Fair in Sydney. Were these keen young things casual employees of The Other Art Fair or paid by a local promotions company? No, they were volunteers.

The Other Art Fair (TOAF) is big business; it’s not a community arts festival brought to you on a meagre government grant and lots of goodwill. It’s presented by Saatchi Art and is a global brand. From Sydney and Melbourne to LA and Chicago, this is big business. Artists pay a significant amount to exhibit and attendees pay $10 to $25 just to walk through the door here in Sydney. On the TOAF website, Saatchi Art says ‘Volunteers are the face of the fair and the first point of contact for artists, partners, and visitors.’

The 20 volunteers at this year’s Fair undertook duties ‘from front of house, welcoming visitors, ticket sales, to manning particular stations such as the Kids Create colouring area which involves engaging with the general public, as well as liaising with the artists directly,’ said Fair director Zoe Paulsen. Prospective volunteers must apply with a CV and cover letter, just like a formal job application, but with no prospect of a pay packet at the end of their shift. ‘We follow the rules set out by the Australian Government Fair Work Ombudsman,’ said Paulsen.

But working without pay isn’t confined to support roles in the arts. Only about a week later I heard dark mutterings from arts colleagues in London when the prestigious Victoria & Albert Museum advertised a part-time Curator’s position – a voluntary position with no salary attached. This was a three-month appointment for two days a week and required applicants to hold a postgraduate degree and have appropriate museum experience. There was suitable outrage, forcing Tristram Hunt, Director of the V&A to apologise. The V&A withdrew the advertisement, only to replace it a few weeks later with the same ad minus the requirement for a postgraduate degree. And this time the workload increased to three days a week.

This demonstrates an acceptance at the highest levels of major institutions that it’s OK to employ qualified, experienced staff without the obligation of a salary or employment contract. (There wasn’t even any travel or luncheon remuneration!).

Another major London institution, the Royal Museums of Greenwich which incorporates the Royal Observatory, the Planetarium, the Cutty Sark, and the National Maritime Museum, even advertised a position in human resources recently as an unpaid voluntary appointment.

The Arts Law Centre of Australia defines volunteers as people who ‘are neither employees nor contractors. They make a gift of their work without financial remuneration. They work in a charitable context with no intention to create legal relations with the organisation.’ That idea of ‘a charitable context’ is surely at the nub of the argument. We all understand the voluntary guides at our major public galleries giving their time and energy and passion for an involvement with the arts, just as we accept the Lavender Ladies doing the rounds at the local hospital. Similarly, Volunteering Australia uses this definition: ‘Volunteering is time willingly given for the common good and without financial gain.’ But where is the charitable context or common good in working for a business without remuneration?

These types of unpaid positions also smack of elitism because only people with another income or form of support can afford to work for free. Volunteerism makes these positions inaccessible to the great majority of people who want to work in the arts. The typical arts student who has struggled to put themself through university whilst waiting tables and volunteering in the arts to develop contacts and gain valuable experience is not in a position to then take on an unpaid professional appointment when they finally graduate.

And the arts industry is unquestionably elitist, no matter how much street art and creative grunge we might see around us. A new report released this month in the UK, aptly entitled ‘Panic!’, shows that the creative industries are not at all democratic or accessible. ‘The report strongly suggests that meritocracy is a myth. Women, people from working-class backgrounds, and Black, Asian and Minority Ethnic (BAME) workers all face significant exclusions from an industry which is over-represented by upper-middle-class white men. Just 2.7% of workers in museums, galleries and libraries are of BAME backgrounds, compared to nearly 10% of the UK workforce overall.’ The Australian arts sector may well show a similar demographic bias, even if we are a little more diverse and inclusive.

‘Panic!’also showed that the people working in the cultural industries were also its biggest patrons, giving some empirical evidence for the ‘arts luvvies’ syndrome that we all recognise. Dr David O’Brien, one of the report’s authors, went on to say ‘We could consider the cultural sector a closed segment of society.’

Of course volunteering isn’t the only way in which arts sector workers can lose out. There are also the many unpaid internships and work experience positions that are supposed to sit alongside paid workers, not replace them. But there is often a feeling that the intern or work experience student is doing tasks that should be in the bailiwick of a paid staff member. And in a disturbing trend overseas, some organisations are now asking the interns to pay for the privilege of working for free.

Competitions are another way that organisations source creative work for free, or at least for much less than they would pay an agency or professional to do the job. Some years ago I won a logo design competition, and my logo is still being used today, but the prize was of a much lower value than the organisation would have paid for a professional design job. This also gave them a smorgasbord of creative ideas, not just those from a single company that were briefed and paid for the job. And then there is the notion of ‘reasonable and expected output’ where staff are paid for only 50% (or less) of their time. Try explaining that one to your motor mechanic next time you get your car fixed!

Volunteers ‘make a gift of their work’ in many different ways in the arts sector. Every graphic designer, photographer, and arts publicist has been asked to work for free, often in return for exposure or the promise of some paid work in the future. Exposure and promises do not pay the rent on one’s studio or feed the cat and working for free devalues everyone’s work, not just your own. That’s not to say you should never work for free, but it has to be on your own terms and there have to be some clear benefits that suit your particular needs and aspirations. If you’re asked to work gratis check out the brilliant chart by Jessica Hische at www.shouldiworkforfree.com to find the answer.

Everyone accepts there is a place for volunteers in the arts, and there is no doubt that some volunteer work can be helpful in developing networks and gaining experience, especially early in your career. Volunteering can be counted as course credit for some university students, and may lead to a job in the future. Zoe Paulsen at TOAF said ‘Most of TOAF team here in Australia and overseas started out interning or volunteering.’

Andrew Lavery, Director of the Sydney College of the Arts, says volunteering gives students a vital experience to complement their studies. ‘It is crucial to students to gain a new perspective and understand professional practice in the real world, ‘ he said, citing the Sydney Biennale as offering a very positive volunteering experience.

The SCA monitors all volunteer placements very carefully ‘to vet that they are ethically sound’ and to ensure the students are not being exploited. ‘A volunteer should never be used where the organisation or commercial entity has the need for a paid position,’ he said.

A passion for the arts and a desire to work in the creative industries should not mean you have to gift your labour and work for free. There needs to be more scrutiny to ensure these voluntary positions are legally, and morally, sound. Senior people in the creative industries have a responsibility to ensure they are genuine volunteer positions. And what we really need are more paid positions to reward those who are so dedicated to their profession.