Tired of big budget, big tech talk when it comes to innovation? Then start with old fashioned talking: it's proving the best cut-through for future-proofing organisations.
Gina Fairley
[This is archived content and may not display in the originally intended format.] 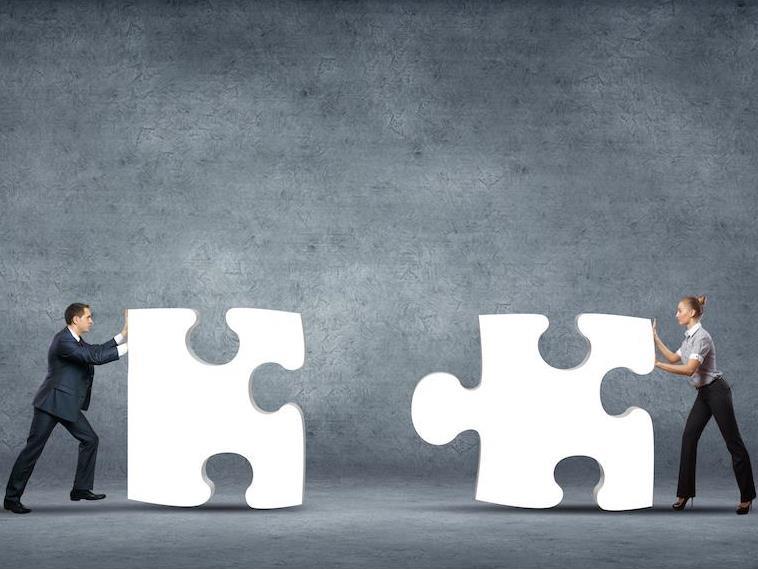 Incubators, accelerators, cross-discipline share offices – over the past decade, such concepts have been thrown around like buzzwords, and always with the promise of guaranteed success. How many times have you been told to innovate and collaborate; to be a disrupter and think outside your silo if you want to future-proof your organisation?

‘Firstly, what do we mean by innovation? It is strangely controversial and ambiguous. If you do the Google search, “What is innovation?” you get over 660 million results. Looking at the variations on the definition when you scroll through them, you start to understand that the definition has a lot to do with that person’s orientation to industry or background.’

She believes that innovation, as we know it, is ultimately about culture and human endeavor. ‘It is a classic combination of designable, feasible and viable – innovation is the overlapping of these three assets – the designable is the human part,’ Petty added.

The hotbed for this “innovation” has often been the trendy model of the co-working space, where creative industries can intersect and share intel, projects and resources – not to mention accessing alternative forms of investment.

ACMI X in Melbourne has been lauded for its successes. The Studio, a similar model in Sydney due to launch in March is another, while global examples such as New INC at the New Museum in New York or Fish Island Labs by The Barbican in London, all share similar DNA and are generating similar buzz.

But how do these big vision models – often featuring big technology and big seed financial support – offer guidelines that small and under-resourced organisations and individual creatives can follow?

Is “innovation demand” a red flag for small organisations?

The Sydney Culture Network offers a fabulous example of how cross-sector collaboration can arrive at big outcomes thanks to greater connection and communication.

Ross Harley, Dean, UNSW Art & Design and founding partner of Sydney Culture Network explained: ‘It is something you really have to want to do and you have to be able to see the benefit.’

Member organisations committed to meeting on the last Friday of every month in order to give this idea a foundation. The result? Sydney Culture Network brings together 28 small, medium and large organisations working in the culture field, across business and technology, education and research.

It is not reliant on a hip co-working space to collaborate or be ground-breaking. Rather it is based on human contact and good old fashioned sharing.

‘This group emerged out of two years of meetings and grassroots conversations between a number of us geographically co-located in parts of Sydney, and the desire to learn how to better to join the dots of culture, and how we can collaborate across the organisational boundaries that keep us apart,’ said Harley.

The key is not the scale of the individual organisation, but the collective scale of the network. This can be done at any budget level.

‘We have some institutions that have a significant amount of resources and others that have barely anything. If you can think of a better way to build your CRM (Customer Relationship Management), then collect and share that data across a network, then smaller groups can benefit. It is really about learning how to collaborate,’ Harley said.

Read: The art of collaboration

Michael Brealey, CEO, Create NSW, added: That intersection is the sweet spot in terms of innovation, but it is about finding the right partnerships, and often they need to be brokered. Creating career pathways in small organisations is often about finding a bigger organisation to partner with, and the same could be said of technology.’

Similarly, for The Studio it was human contact and grassroots value-matching that formed the foundation for its global incubator brand – a new model that pairs technology with creatives.

Founder and CEO of The Studio, Chantal Abouchar explained: ‘At the heart of it is a community we have built over the last two years through our meet up group – people who are interested in how technology is impacting the creative sector and how it might future proof the industry.’

She continued: ‘Like any good start-up, we knew we had to be global from day one. We want to be able to help our residents be successful, and help place them where they need to be globally so we worked on getting some reciprocal branches in place – where our members can parachute into those communities.’

She continued: ‘It allows us to reach into other communities and to harness another set of values and bring that to what they are doing here.’

These networks formed by The Studio don’t happen automatically overnight.

‘We have limited funds, but the other incubators have been very generous in sharing their information on their technological infrastructure and how they did it – we are using a lot of their intel. And there are a lot of inexpensive tools out there, you just have to know about them and how to patch them together and you can actually run a very powerful organisation,’ concluded Abouchar.

Harley said: ‘We can invent all kinds of ways to work with people we might not have thought we could work with in the past.’

Anther way of sharing information is the new online initiative Kindred.place, a knowledge exchange for cultural industries that are focused on creative enterprise.

In the cultural sector we are traditionally disconnected, and are still often locked into the head space of not being able to share – either from fear of competition or more simply, because of incompatible systems of data collection and program scheduling.

Harley said: ‘There are so many different scales that we operate at. We need to better coordinate and share resources, or even just the protocols and development outcomes around innovation and collaboration.’

The mantra “more than the sum of its parts” is clearly still relevant today – perhaps more than ever.

This article is based in part on a panel discussion at the REMIX summit held in Sydney in December 2018.