After six years at the helm of the fourth busiest library in the world, Kate Torney has taken on a new challenge: supporting research into cancer.
George Dunford 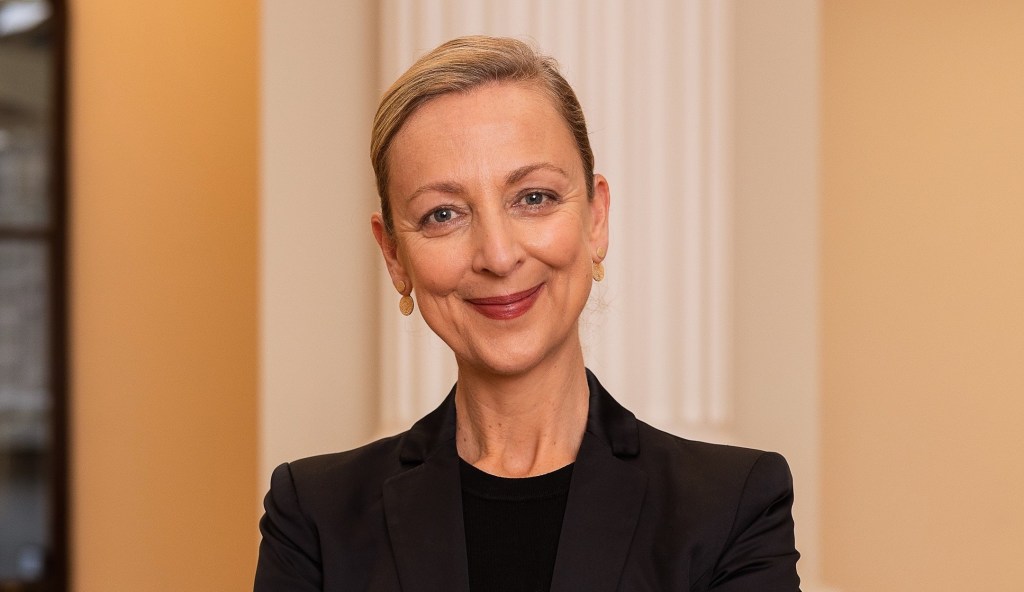 When Kate Torney was announced as the new CEO of the State Library Victoria (SLV) in 2015 she was an outsider. The first non-library trained CEO of the organisation, Torney had served 20 years with the ABC, with six of those leading the news division including through a difficult restructuring.

‘I certainly look back on my first year at the library and I just can’t believe how welcoming and professionally generous the library sector was to me,’ Torney enthused. ‘I often would say to my former journalism colleagues at the ABC that I don’t think journalists would be as welcoming of a librarian coming in to run a news division as the sector was with me, because it was a massively steep learning curve.’

But what the two roles had in common was serving the public and being able to support the growth of a much-loved institution. ‘I kind of felt that what I’d been able to do at the ABC was to understand the need to take a much loved and highly valued organisation like the ABC and ensure that it was much loved and valued into the future; it was the same sort of challenge at the library.’

In a way being a stranger to the library world was Torney’s great strength, though she admitted that ‘it might have frustrated my colleagues a little bit at the start, but there is great value in having the naïve, outsider’s questions about why we do something or … just a way of working that might be just entrenched, and no one’s thought about for a while. So I think there was real value there.’

MAKING THE ROLE HER OWN

Torney’s tenure in the role was marked by two big and contradictory moments: a huge capital works program that transformed the library and the COVID-19 pandemic that saw the beloved institution all but deserted.

The capital works project raised $88 million from Victorian State Government and private donors to revolutionise the physical spaces of the library in a program called Visions 2020. ‘And that was terrific, because it really did allow us to really look at the way in which spaces were used, and to actually address some of the inevitable tensions that you are going to have in a public space like the State Library, where you have such a range and a great diversity of users.’

For the program to be successful it had to recognise the many different people who want to use the library. ‘You have academic or professional users who really want that traditional library space, they want access to extraordinary librarians. And then at the other end, you have a growing family population in the CBD that wants to be able to bring their kids to baby bounce sessions. And those two things don’t align very well.’

The solution was to divide SLV’s original reading room up into four quarters including one for children that features dress-ups and play spaces, and another ideas space designed for small creative industries businesses. It’s a change from the professional researchers who prized the library’s solitude.

Another unique project was to create an expanded exhibition space of the kind that would typically be part of a museum. ‘We can only ever display about 3-5% of the items in the collection and the library has for a number of years had extraordinary but smaller exhibitions spaces … but I think with the redevelopment, what we really wanted to do was to build a large exhibition space and to use that as a way of exploring a library exhibition as opposed to a gallery or a museum exhibition.’

But a library’s collection is unlike that of a museum, so how to display that bigger collection in a way that seems characteristic of a different kind of institution?

‘We had this wonderful 12 months where we were really kind of exploring those themes, about what’s bespoke about a library collection and how do we then create and curate stories exhibitions around that? That was led by the wonderful Carolyn Fraser, one of our curators, and I’ll never forget this day that she came up with this mind map – this beautiful sort of theory around a library collection as fact and fiction, and the melding of those two things to create this sense of the value of imagination and creativity – in invention – as well as looking at the factual artefacts. So that’s been something that’s been really terrific and I think State Library Victoria will continue to explore that, as something that really needs to be different.’

The celebration of the revamped library was short lived. COVID-19 had other plans.

Torney said, ‘When I when I look back at opening a building in 2019, and having an amazing plan to activate that building and bring it to life, and then three months later to be sitting in on a Zoom meeting going, “Okay, well, what are we doing now?” – seeing the team just completely and calmly map out a completely different path, that saw great gains last year, with 700 new members a week – it was inspiring, just seeing a group of people who really know their library users, and are very focused on first principles around the value of the library.’

As pivots go, SLV’s was bigger than most. After concentrating on a substantial building remodelling that included opening up the rear entrance and transforming the iconic Swanson St entrance, SLV now had to look at its digital offering as the only way to keep in contact with locked-down users.

‘Unlike Melbourne’s museums or galleries – who certainly have an archive of amazing digital content, just beautiful digital content that they could draw on – we didn’t have that. And so I think what we saw was the digital team just doing a fabulous job and just being able to kind of go, “Okay, what do we want to do? What does it look like? What do we want to trial?” I loved that too.

‘We tested some stuff that didn’t work, but a lot of it was just like that beautiful sort of curiosity around the library, opening it up and taking people behind the scenes and those sorts of things … Considering that we had just opened a beautiful $88 million library, the focus was on the activation of those spaces. So we had a digital strategy, but we just had to ramp up that digital strategy.’

TAKING THE NEXT STEP WITH PURPOSE

With the pandemic came the need to re-assess not just the library’s vision but also Torney’s personal vision. Her next move is to the role of CEO at the Peter MacCallum Cancer Foundation, an institution known for cancer research and care.

For Torney, it represents a continuation of her storytelling with purpose. ‘I just think Peter Mac, in terms of the research that they’re doing and the care that they provide, again has amazing stories to tell. And I have my own experience with cancer. And my family has had a lot to do with Peter Mac. And this really resonates with me, and I’m someone that needs purpose in my work … Certainly, when I had cancer a couple of years ago, it was really quite a moment. A time to kind of stop and to recalibrate. But again, I do think I’ve been just bloody lucky in my life to have jobs where, you know, I do feel a sense of purpose.’

Kate Torney finished at SLV on 3 September and Director Enablers, Sarah Slade, is currently acting as CEO while the role is being recruited.