By recentring the African experience in an Australian context, this production suggests new models of participation and reciprocity.
Claire French 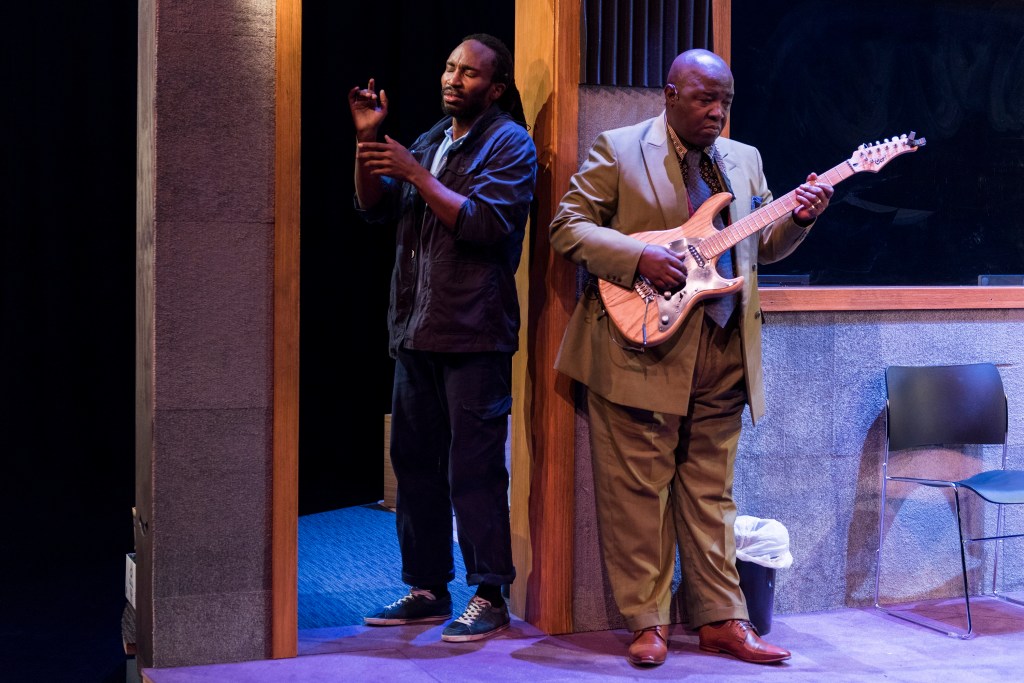 Allyship is crucial to inviting stories from the margins to the centre. To prepare these stories for the theatre, key questions arise about how artists can participate. Mararo Wangai’s Black Brass at Sydney’s Belvoir theatre articulates models for participation while maintaining the central position of African knowledges, languages and peoples.

Intercultural collaboration and debate amongst dominant Anglo- or Euro- creatives in the UK and Australia is cloaked with unease. Telling one’s own stories and being an ally to black and brown creatives is one model for ethical artistic practices. Yet, working only for productions where one identifies as an insider is not necessarily conducive to artistic richness or social change.

Dr Claire French is a performance maker and academic specialising in multilingual and autobiographical theatre. She has worked across Germany, the UK, South Africa and Australia, obtaining degrees from the University of Warwick and the Royal Central School of Speech and Drama, London. Her research and publications have received numerous accolades and awards including the Commonwealth Scholarship. She has completed two prestigious postdoctoral fellowships, the most recent with the Mellon Foundation and the University of Witwatersrand, Johannesburg. Her current book 'Making multilingual performance: Omission, alignment, disruption' with Routledge (forthcoming) draws from this South African research. Follow her on Twitter: @cfrenchtweeting