20×20: Gender and age in philanthropy

To celebrate 20 years of ArtsHub, we revisit this panel discussion by Australia's top female philanthropists, who ask whether gender and generation make a difference in the sector of giving.
Gina Fairley 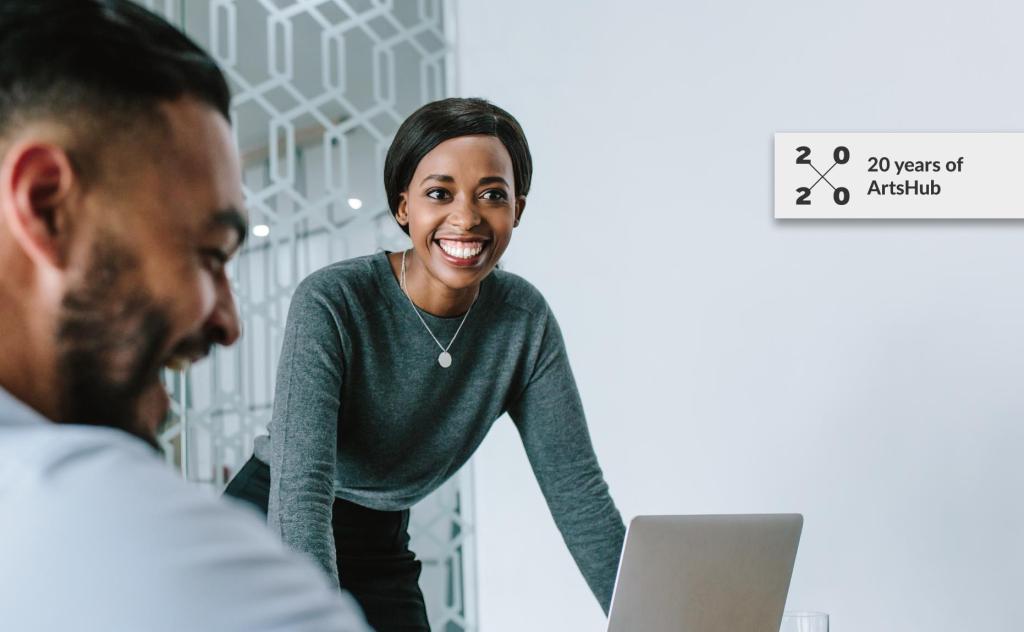 First published in 2016 in the wake of a panel discussion presented at the conference Culture Business, this panel of cross-generational female philanthropists explore the gender divide in giving styles.

The latest in our 20×20 series celebrating ArtsHub’s 20th anniversary, this piece considers the role of women in philanthropy. Four years on, how would this conversation play out today?

Back in November 2016, I did a a Wikipedia search for ‘philanthropists’ and was faced with a list of 118 givers internationally, among which only 13 are women. To compound this, most of those associate celebrity with giving: Melinda Gates, Angelina Jolie, Alicia keys, Lady Gaga, Oprah Winfrey, J.K Rowling, among others.

The impression would be that more men give.

The Centre on Philanthropy at Indiana University has done a lot of research on this topic. In 2010 it concluded that women and men give differently. In America ‘baby-boomer and older women gave 89% more to charity than men their age, and women in the top 25% of permanent income gave 156% more than men in that same category.’

Their research also showed that single females are 9% to 10% more likely than males to be donors.

A further study by US Trust in 2013 found that ‘women are nearly twice as likely as men to say that giving to charity is the most satisfying aspect of having wealth.’

It was a topic raised at the recent Culture Business conference in Sydney (2016), where a panel of Australian female philanthropists spoke on perception, gender and age in this fast growing sector from a local perspective.

Much has changed since the genesis of philanthropic activity in Australia – Gender and Generations are the frontiers for our future in the sector.

As Darling comment: ‘For a start, there wouldn’t have been a conference like this for sure. Philanthropy has become mainstream I think. For example, look what schools are doing trying to get children involved in giving at that level.

‘I think money was easier in the past and there is greater personal expectations now. The base has to broaden so it isn’t the same old names and the people perceived with the pot of money. Peoples mind shift just has to change.

Do women give more than men?

Darling made the point that men still have greater resources than women so they will be seen to be giving the big gifts, ‘but I don’t think it is that clear cut,’ she continued.

It was a point echoed by Mordant. ‘Simply, they are often the bread-winners so they are the givers.’

Mordant added that as women have become more salary-rich, according to trends they are also reaching into their purse and giving. Apparently while men give greater amounts, women give more often.

In trying to explain such differences, researchers have found that women tend to be more empathetic and altruistic than men, partly because of the way women have been socialized in regard to caring, self-sacrifice and the well-being of others.

It is not surprising then, that 65 per cent of bequests are made by women because they outlive men.

Mordant answered: ‘Simon is the front-man, but you always get two for the price of one. I don’t see a gender issue. It is a family discussion.’

Darling added: ‘Gordon and I always had a very flat management system. We each had our strengths, and he was ahead of his time. He very much believed in me, but also believed in woman having huge opportunities – gender was definitely an issue but not as you think.’

‘Gordon always made wonderful fundraising speeches and he said my speeches were too short. I said “that’s why they like me”. We had different abilities and different styles.’

Ferris, who was the youngest philanthropist on the panel, said that she felt everything is gendered. ‘I would say my role is bringing awareness of the things that are gendered, because often it is involuntary and it is not an intentional thing.

‘One example is our filmmakers the future of fundraising in terms of female directors – there are areas that need to improve and we need to foster that change,’ she said.

Is our perception of Philanthropy ageist?

Ferris has been involved in setting up a fundraising initiative at Documentary Australia Foundation that targets and works with a younger generation.

She said: ‘It is a very different scale to my esteemed panelists. Basically we were looking at how a younger generation can get more involved and how to engage them, not just in the medium.

Ferris said they did a lot of background discussion to see what the threshold was. It wasn’t about that moment when the mortgage was finally paid off and they could see light of day to give. ‘In this day that might never happen so why not start earlier – everyone can commit to a percentage or a certain amount whether time or money.’

‘If it just becomes embedded with what you do – perhaps it will not be at such a grand scale- but fostering that culture early on then it becomes a lot easier to be asked,’ she added.

Ferris believes it is about long term strategies for an organisation.

Read: What sponsors want from the arts – Dr Diana Carroll (2018)

Meers said: ‘My personal view is the younger generation sees philanthropy differently (than our), and sees the mechanisms to supporting the non profit sector in a different way.’

‘I know there is a lot of talk about how the arts and culture sector garner sthat critical 18-35 age group. I often wonder whether the arts is still relevant to that age group and how do we match them with that?’ Meers questions.

Ferris was adamant culture was still relevant to a younger generation.

‘As a collective the culture sector needs to see it investing in a younger generation as a whole. This person may not end up giving to your organisation but you have engaged them and they may give somewhere else in the sector and that is okay and should be seen as a positive and a win rather than a competitive thing,’ said Ferris.

Getting the long term benefit of that younger investment takes time.

She further warned: ‘Looking forward, you have to be careful that while STEM subjects in school is going to be great, we need to be careful the arts and culture stay relevant.’

‘But if you talk to them about a social issue or what they are passionate about absolutely they are interested – so it goes back to Catriona’s (Mordant) point,“How do they give, how do you make it easy for someone to give?” said Ferris.

‘I guess the reach now – whether it be social media being angled to reach a younger generation – it is about making it accessible. There are just endless possibilities today and there is such opportunity for the culture sector to engage and think about itself as a product.’

A message for the future

‘Start young and build on that point. Don’t feel like the people you are asking are any different to you – imagine yourself being asked and how you would like to be approached and treated,’ said Ferris.

Meers said that philanthropy is not just about money. It is about time and resources. There are many ways to give.

Read: How philanthropy is encouraging creative risk-taking behind the scenes – Richard Watts (2018)

Darling concurred with Meers: ‘Your hesitation over the world philanthropy – I couldn’t agree more. There is a kind of perception that someone is a philanthropist or a big donor because they have accidentally ended up with a whole heap of money that they don’t know what to do with.

‘That is just simply not the case. The key is to triggering it earlier on in people’s financial cycle when they think they can afford to give.’

Mordant continued: ‘People giving their time to something is philanthropy; mentoring people is philanthropy. People don’t understand that you don’t actually have to give money. You can give of your time to be a philanthropist as well.’

This is the challenge of our future. Shifting this mindset. This is where this conversation on age and gender comes together – start with identifying people’s passion and help them along that journey.

As Darling advised: ‘Don’t wait until it is the perfect committee. Just jump in and start, and start with the small things and you will progress up – don’t wait for profession or prestige. Giving is a game changer.’