What sponsors want from the arts

Sponsorships are not philanthropic donations – they are business investments from which companies want a return. We ask major sponsors what's in the deal for them.
Dr Diana Carroll 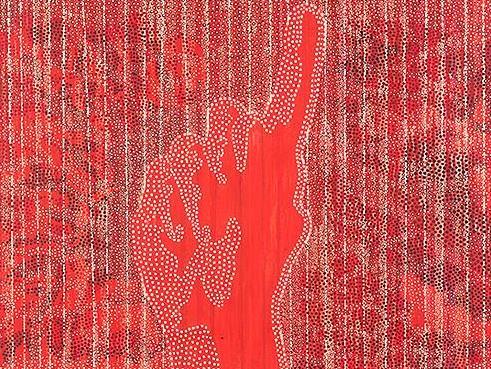 ‘Why sponsor?’ It’s a question asked repeatedly in boardrooms across the country as marketing managers propose investing $20,000 or $200,000 in an arts sponsorship deal. And as sponsors and sponsorship dollars become harder to find, it’s more important than ever that arts organisations understand what’s in it for the sponsor.

As we know, sponsorships are not philanthropic donations – they are business investments from which the company wants a return that can be managed and measured. So what are our major corporates looking for in a sponsorship deal and how can arts organisations better meet their requirements? And is there also room for a little passion and creativity alongside the metrics and matrixes?

In an age of scarce government funding for the arts, sponsorships can be vital in keeping the show on the road. Lizzi Nicoll, Director of External Affairs with the Sydney Symphony Orchestra (SSO), summed it up when she said, ‘I’ve seen the transformative effect that sponsors can have in changing the lives of artists and audiences – sponsors make art possible.’

This sentiment is echoed by Credit Suisse, one of the SSO’s major partners. The Credit Suisse SSO Music Education Program works with schools in less privileged areas of Sydney and Melbourne to give them access to musical experiences the students may otherwise never have. Whilst the sponsorship has clear goals and a measurable output, there is also an element of personal passion.

John Knox, Credit Suisse CEO in Australia said, ‘One of the reasons the music education program resonated with me was my personal education experience. I went to a very small one teacher primary school. The school had limited resources and there was very little musical education. This program provides an opportunity for more children to receive a music education.’

The airline Emirates has been a sponsor of both the Sydney and Melbourne Symphony Orchestras for 15 years. Barry Brown, Emirates’ Divisional Vice President for Australasia, said, ‘The orchestras are at the heart of each city’s cultural scene and that’s an exciting space to be a part of.’

This offers the airline a unique ‘connectivity’ that is highly valued. The SSO and MSO, ‘never cease to amaze me. Their performances are one of a kind and truly leave you speechless, and I know that the wider team mirrors this feeling too,’  said Brown.

Clearly, cultivating this level of passion and engagement is vital in sustaining a major sponsorship.

Above all else, sponsors are looking for partnerships that align with their core business interests and embody their key values.

‘We look at the merits of each sponsorship proposal, but ideally we are looking for relationships which have brand alignment, connect with our people and clients, and are sustainable over the longer-term. We believe the inspiration generated by visual and performing arts aligns with our purpose to build a better working world,’ said Rebecca Burton, Marketing and Communications Leader at Ernst & Young.

The Sydney Biennale offers a clear alignment with brand values for Principal Partner TWT Property Group. Entitled SUPERPOSITION: Equilibrium & Engagement, the Biennale has events and exhibitions all across the city. TWT embraces public art as part of its ethos when building new residential complexes.

‘Art is an integral part of our DNA, it is our point of difference and it is what we are passionate about. Art is seen by TWT not merely as an embellishment but is at the very core of everything that we create. Art is important for wellbeing, and we believe it should be part of everyday life,’ said TWT Director, Stephen Fitzpatrick.

Automotive company Hyundai was a sponsor of last year’s Sydney Biennale along with the 2017 Korean Pavilion at the prestigious Venice Biennale. Their Global Chief Marketing Officer, and Executive Vice-President, Wonhong Cho said in an interview that these activities underlined their ‘global commitment to art’.

This alignment with broader sponsorship activities is important for many international brands operating in Australia. ‘Glocalisation’ – the local application of a global strategy – can be a key factor in deciding where to allocate those vital sponsorship dollars.

Those in the industry won’t have forgotten the debacle a few years ago when the Sydney Biennale lost its chairman and its major sponsor in what was essentially a battle of ideologies. Never has the importance of brand value synergy been shown in such stark relief.

Whilst this was about the treatment of asylum seekers there are many other sensitive issues for sponsorship recipients to consider.

The Queensland Art Gallery received similar criticism when it accepted sponsorship from oil and gas company Santos. Much as cigarette sponsorship is now a thing of the past, arts organisations need to be cognisant of the companies and activities that may be considered inappropriate or offensive by their supporters to avoid embarrassment (or worse) from a partnership gone wrong.

Newer global brands AirBnB and Uber were two companies who saw a synergy between their business model and the Adelaide Fringe Festival, the world’s second-largest Fringe. Director and CEO of the Fringe, Heather Croall, reported that they secured the highest level of sponsorship in the event’s history in 2018, citing their ‘disruptive business strategy’ as central to their success in attracting companies with a similar attitude.

The Fringe also has a massive reach being ‘by far the highest ticket selling multi-art form festival in Australia’. This broad appeal gives sponsors a huge audience to see, feel, taste, and try their products. The Fringe’s principal partner, BankSA, leads an impressive list of government, media, and commercial sponsors.

BankSA has been the principal partner of the Adelaide Fringe for 13 years. Chief Executive Nick Reade said, ‘We’re proud to use our partnership to help make the arts – via the Fringe – accessible and affordable for more South Australians, as well as more successful for the artists themselves. It is an iconic South Australian event, and our support is focussed on maximising participation and the positive flow-on effects this has for our city and state. We work with our partners and get really involved in our sponsorships as we want to make a positive, long-term and enduring impact.’

BankSA also supports smaller arts organisations where there is a clear community benefit, such as working with Patch Theatre Company to reach out to children in disadvantaged areas.

Over in the west, the Perth Festival is a major recipient of funding through Lotterywest’s Arts Lottery Account receiving $7.8 million last year; Screenwest received the same amount from the fund, and a further $17 million went to other arts groups. Lotterywest has also supported Perth’s FRINGE WORLD since 1994, giving the organisers, Artrage, a total of 18 grants amounting to almost $8 million dollars.

‘Lotterywest is dedicated to building a better WA. It’s committed to working alongside the State Government and local community groups to support their valuable work which contributes to making WA a better place for us all to live,’ said CEO Susan Hunt.

Sydney’s annual Gay and Lesbian Mardi Gras is another major attraction for many corporate sponsors. This year’s 40th anniversary Mardi Gras saw Medibank, ANZ, and Vodafone amongst the corporates seeking to enhance their community credentials through major sponsorships. ANZ’s highly decorated ‘GayTMs’ have been a colourful feature of the bank’s sponsorship for the last few years and its Oxford Street branch in Darlinghurst became ‘GayNZ’, giving their sponsorship literally a shop-front presence.

These major sponsors all cite the integration of digital platforms as a major benefit of their Mardi Gras sponsorship.

The bank has supported Mardi Gras for 12 years and the Auckland Pride Festival for six years, building on each year’s involvement to show its broader support for the LGBTIQ community. And there are major internal benefits for the sponsoring companies with great opportunities to involve their staff in fun and exciting ways.

These can be vitally important to sponsors, offering money-can’t-buy experiences to build staff loyalty and ultimately harnessing their unique power as brand ambassadors.

Many of these partnerships highlight another important trend. Sponsorship experts are seeing a significant move to longer term relationships with companies choosing fewer partnerships but staying with them for more years. This means there is less churn in the sponsorship pool; it also means the arts organisations need to put together an extended proposal showing how the relationship can be managed and leveraged into the future.

Cushman and Wakefield, Vivid Sydney’s Access and Inclusion partner, look for an emotional connection alongside the usual marketing ROI metrics to assess their sponsorships. ‘We look for sponsorship opportunities that will support our commitment to diversity and inclusion,’ says Anna Town, Head of Strategic Marketing.

Telstra has supported Indigenous artists through its partnership with the Museum and Art Gallery of the Northern Territory (MAGNT) and the National Aboriginal and Torres Strait Islander Art Awards (NATSIAA) for 26 years, something of a record in long-term sponsorships.

The awards are instrumental in discovering new Indigenous artists and allowing them to tell their stories on a national scale. Telstra CEO Andy Penn said the company is ‘incredibly proud’ of the partnership. ‘At the heart of our support is the idea of connection – to country, to community and to culture – that runs through so much Indigenous art and, more broadly, so much of the work Telstra does,’ he said.

Real estate company BresicWhitney also likes long-term relationships. They are active supporters of the visual arts, both through sponsorships, such as the recent installation at Carriageworks by German artist Katharina Grosse, and the development of an impressive corporate art collection – buying real work from real artists.

‘Contemporary art is closely aligned with our brand and supporting like-minded arts institutions is a natural extension of this. We take a long term view to our partnerships and feel this provides the best opportunity to support artists and develop meaningful programs,’ said Brendan Fearn, BW’s Head of Marketing.

Anna Town, of Cushman and Wakefield, again: ‘Ultimately we all want human experiences than enrich our life and the arts sector gives us this ability. Australia has a cultural fabric that is rich, dynamic and diverse and I think there is tremendous opportunity for organisations in Australia to achieve strong brand and commercial outcomes by partnering with the arts sector.’

For some corporates it’s the very edginess and creativity of the arts that makes the deal so much more appealing. The message here is ‘We may be serious accountants, but look how cool and sophisticated we can be’.

And if you’re more fiercely into digital, if you have strong street-cred and a unique brand, and if you’re hot on co-working and collaboration, they may be the very qualities that the well-heeled sponsor wants to garner by association.

Yes, they’ll still want measurables and deliverables and audience synergy with simpatico brand values, but they’ll also want some of your charisma and cultural capital.