Why I left my art gallery

ArtsHub speaks with artists Luke Cornish (aka ELK) and Zoe Young on why they stepped away from gallery representation, and how it's working for them.
Gina Fairley 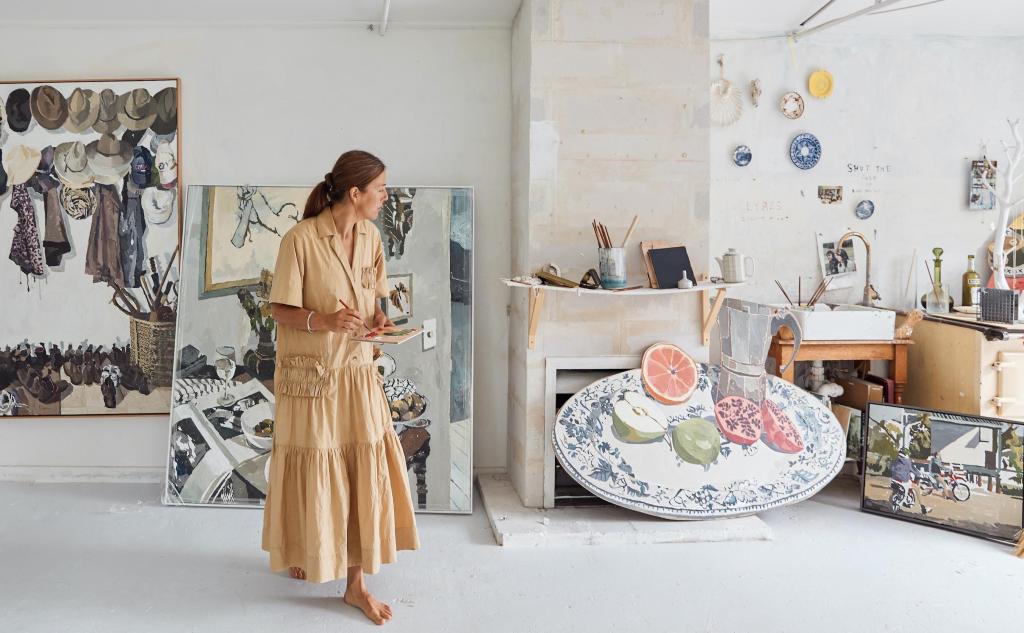 Luke Cornish’s (aka E.L.K) career welled out of his genesis as a street artist – self-taught and stencil-savvy. His was a kind of birth-by-fire into the commercial gallery world, when a portrait he had done was selected for the celebrated Archibald Prize at the Art Gallery of NSW.

But the glove never really fitted that well.

Cornish told ArtsHub: ‘My anxiety has been off the charts for the last few years, and I was thinking about it and realised it started around when I got picked up by a commercial gallery, and ended when I left.

‘It says a lot – I wasn’t aware of the subconscious pressure, whether it was put on me, or I put it on myself,’ he continued. ‘I work well under pressure, but I don’t think well in that way with the constant need to perform.’

He continued: ‘I just don’t think it is conducive to creativity, to be constantly working to a deadline. I noticed the quality of my work was getting more mediocre, and the ideas that I wanted to paint, I can’t sell in a commercial gallery.’

It’s a view shared by painter Zoe Young, who has also had success with the big prizes and managing her own career. She left her gallery only last year.

‘Like Luke, the decision to leave was coming from within the creative space,’ Young said. ‘I have had a pretty different idea to what an artist is, and I just found there was a lot of conformity – going to art school, knowing the right people, getting a gallery, having a show, networking – I have always bucked the system.’

She continued: ‘There is something fabulous about going through the system of a white wall gallery, and it has been a good part of the road for me – it was a great professional experience. – and it is not something I begrudge. But I have a much more interactive experience of making that goes beyond the white walls of a gallery.’

Strain on the friendship

Like all relationships that come to an end, money is often a factor. Cornish explained: ‘They don’t take 50%; they take 100%, and then drip feed it back to you.

‘It is this fear-based thing – almost like an abusive relationship – you are with someone who controls your finances, and you are not allowed to have other friends, and you can’t leave because you are too scared to be by yourself,’ Cornish added.

While the exposure a gallery might offer is one side of the conversation, the other is the paperwork and management trail.

Both Young and Cornish agreed this should not hold you back.

Young said: ‘I am a bit of weirdo; I like sitting down with a spreadsheet and make them nice and colourful. I think most artists are pretty aware of the business side of things these days – it doesn’t take a mathematician.’

And if not, then Cornish said he would rather pay a bookkeeper to look after that side of things rather than a gallery taking 50% of everything sold.

‘It’s so much easier to pay a few hundred bucks a week rather than someone take half of what you earn and do the same thing,’ Cornish explained.

Young said she vacillated for a while before making the break, adding that when she told her gallery she wanted to go solo, they ‘gave me a really good reason not to do it, and that it has never been done before – no one has left them.’

She continued: ‘The belief that you can’t go out on your own and be a success – you are always dealt the “Ken Done threat” by your teachers at art school. So when I was next at the pub I asked, “who would you rather be, a really respected art professor at an art school or Ken Done?” and they were like, “Are you serious?” And then I asked the same question at art school, and they were like “Are you serious?”

‘Within the industry everyone want to be the professor, but outside everyone wants to be Ken Done,’ a creative entrepreneur, said Young.

I am enjoying making art again; it had become this grind

Cornish added: ‘When you do finally break free, it’s like “why did I take so long? The thing that propels you in the start really holds you back in the end.

‘I don’t have any animosity for the galleries; it’s just a natural progression for my arts practice. Rather than a show of 30 amazing pieces, you are having a show with five amazing and five pretty good and ten works that are just ok or sort of shit pieces you rushed.

‘You get to the point it is just a fucking job. If I wanted a job, I’d just go and get one that you are paid for,’ he added.

Young added: ‘I also see a shift in the role of arts advisors, and those [alternative] platforms coming up. Art advisors are going directly to artists and offering a lower percentage than galleries to introduce their work to a client.’

Lost in the stable

While the carrot dangle is the promise of a show with a commercial gallery, often the stable is so full of artists you might have to wait two to three years for that to happen – and then the gallery expects exclusivity. That is hardly a sustainable professional practice.

‘They take on so many artists – it is similar to hospitality, you don’t get fired; they’ll just cut your shift back – and just keep doing so until you get message,’ said Cornish. ‘It is always the squeakiest wheel that gets heard; and it always favours the artists who make the money.

‘The commercial art world has nothing to do with art; it is all about making money,’ added Cornish. ‘And Australia still has a small pond mentality; there is not enough success to go around.’

Both Cornish and Young so far have not found any disadvantage to going it alone.

‘If you are with a high-end gallery that is getting you in art prizes and museums shows, it would probably be a disadvantage to leave that – but that is not the reality for everyone who has gallery representation,’ said Cornish.

Since leaving, Young has been awarded a NSW Government and Future Women Foundation scholarship for leadership, Cornish has a new exhibition Don’t Shoot the Messenger is opening this month at the independent aMBUSH Gallery Kambri in Canberra. Both are steadily selling their work.