Has your creativity left you confined and defined? Verity Johnson looks at how we make the mistake of feeling trapped in silos and how to get out of them.
Verity Johnson 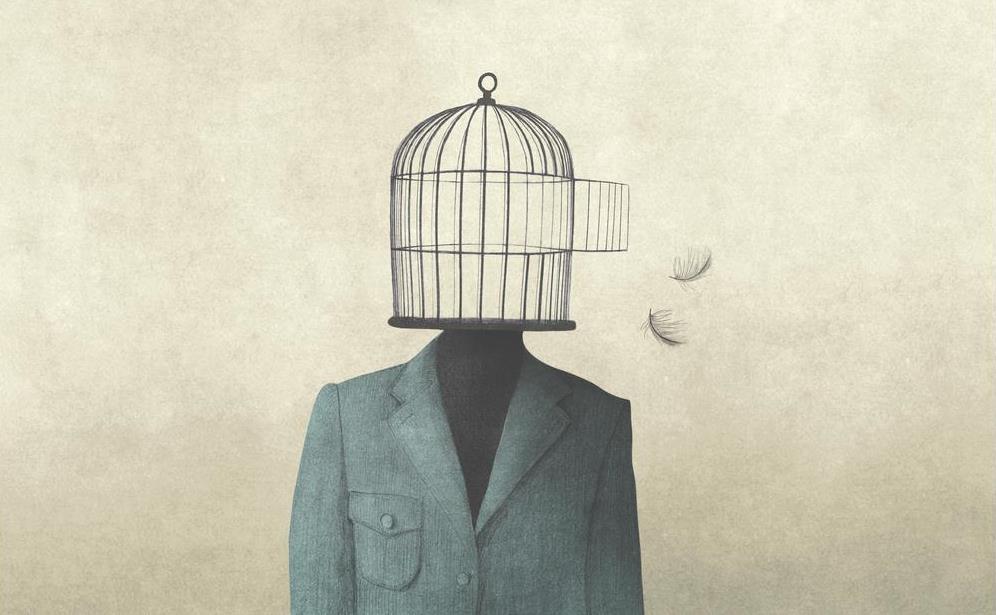 For an industry that prides itself in thinking outside the box, we’re curiously fond of putting and keeping artists in them.  But how to escape? Image: Shutterstock

It’s a weird rule of your creative career that when you become successful at something, you’re supposed to stay doing that one thing for the rest of your life.

You’ve put in so much sweat, blood, cancelled dates, missed birthdays and two-minute noodle dinners to become the next Big Thing. You can’t finally arrive, stumble out onto the platform at Big-Thing-Ville, and start worrying that maybe you took the wrong train…

Besides, you’ve got a cute little one-line identity now. You’re Jeff, the TV weather guy. Or Jenny, the hip designer for that fancy-ass brand. Who cares that you’re now introduced to others by the title of your greatest hit – at least you have a great hit!

Anyway, it’s too late to change now, this is who you are.

That’s cool if you’re one of those lucky few who’ve had one, long, strong love for one creative discipline their whole lives. But there’s also a helluva lot of talented creatives who end up stuck; defined by their first success and utterly bored by it.

It’s so easy to end up there.

We go into creative industries for the love of it – God knows it’s not for the money or stability. So we’re always driven by passion. But contrary to popular mythology, passion isn’t always an ever-renewing spring of eternal, internal effervescence.

Passion can dry up, especially if it was predominantly fed by things like novelty, challenge or self-validation, which really don’t have the same fizz after decades of doing the same thing.

The unfortunate truth is that you can get bored of something you love – it just takes longer than with something you intrinsically hate.

So you can see how you’d end up, ten years into a career as -say, a professional dancer – quietly wincing at the sight of a leotard.

Or maybe you never really were passionate about dancing in the first place. But you were great at it, made a bit of money doing it, and suddenly here you are, years later, being defined by it…

What then? Well, it’s extraordinarily hard to break free from this unsatisfying stalemate. Firstly because we’ve probably convinced ourselves we need to stay.

We often make the cardinal career sin of assuming that because we’re good at something, we should be doing it. Being talented at something is not the same as enjoying it… but we often don’t draw that distinction. We just carry on, sufficiently warmed by the external validation of being great at our jobs to ignore our quiet boredom with it.

Decades can go by before you realise you don’t really like this anymore…and then suddenly it feels like you’ve run out of time.

And, ironically for an industry that prides itself in thinking outside the box, we’re also curiously fond of putting and keeping artists in them.

Being talented at something is not the same as enjoying it… but we often don’t draw that distinction.

Yesterday in Whitcoulls, I saw the debut fiction novel by Hollywood heavyweight actor Ethan Hawke. ‘Pft’ I snorted automatically with the sage wisdom of someone who’s only read the title of something, ‘he’s an actor. He can’t write.’

That’s typical of the attitude we have towards other creatives. We like people to neatly label themselves one thing, ‘writer’ or ‘actor’ or ‘director’.

Potentially that’s because we’re not all the open-minded, ever-accepting, forward-thinking libertines we all fancy ourselves. But also it’s because we like to think that your passion is again a monogamous, monolithic affair with your one true love until death you do part.

That makes us automatically suspect any artist with multiple loves, in the same way we sigh wisely, ‘all open relationships all end in tears…’

This doesn’t leave bored artists in a particularly great place though. No one wants to be trapped in the remnants of something they used to love but now loathe.

And the only way out of this stalemate is to commit yourself to producing ball-bustingly brilliant work in a completely different field. (Because God knows no one is going to invite you to do that otherwise.)

Then you have to clobber all your stunned detractors over the head with it. Repeatedly. Until you’ve shattered every last bit of their scepticism. And then you’ll probably have to keep doing it for years to come before they accept it wasn’t a fluke.

In other words, it’ll make you sweat in a way that you haven’t done since you were an 18-year-old with nothing but a dream and a triple shot espresso.

But it will make you fall in love all again.