In five years, Rachael Coghlan has turned Craft ACT around from drained coffers to secure organisational funding, and created a sustainable festival with a national profile. She puts that recovery down to a supportive community.
Gina Fairley 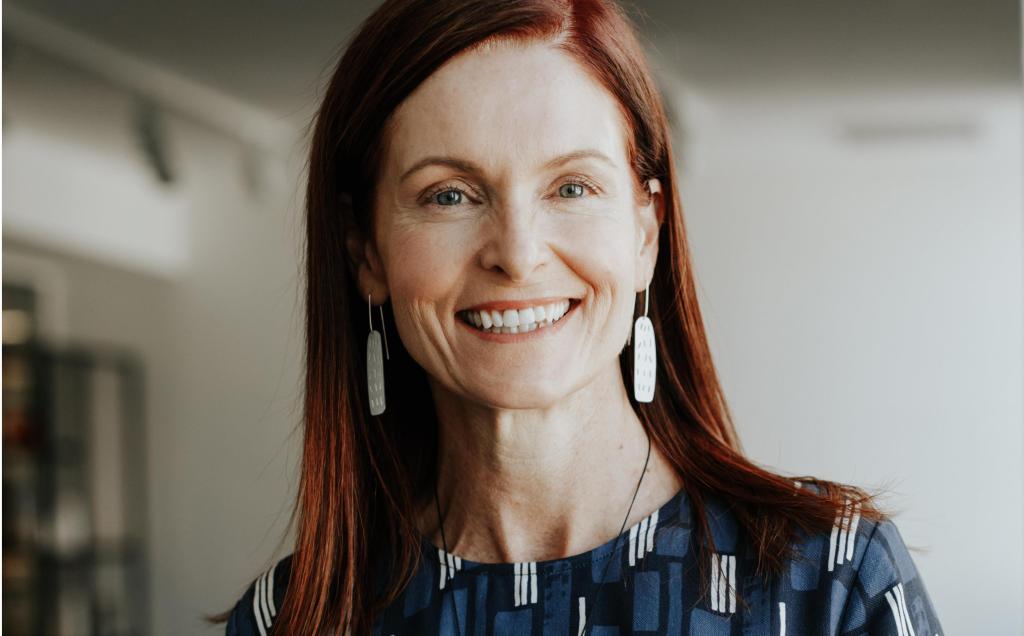 Rachael Coghlan is moving on from Craft ACT, to take up a new position at Parliament House. Image supplied.

Rachael Coghlan is no stranger to arts management – or Canberra – having held positions at a number of national institutions before taking on the top job at Craft ACT.

She said it was encouragement from a mentor, inaugural National Portrait Gallery Director Andrew Sayers, who said ‘Rachael, you should run a small arts organisation.’

Coghlan told ArtsHub: ‘I’m not sure I would have taken the plunge, but with his imprimatur and encouragement I did. I had always admired Craft ACT when working at the National Museum, having held positions with the Museum of Australian Democracy (MoAD) and the arboretum, and I said to myself, “I want that job one day”’.

She eventually stepped into the position in April 2016. The organisation was teetering at the time.

Coghlan explained: ‘It was a bit tough in that first year when I arrived, and Craft ACT was facing some challenges. But I said, “This significant organisation is not going to fold on my watch!” I had this really strong desire to secure the future of Craft ACT, and to make sure that the practice of craftsmanship and design excellence could be sustained into the future,’ she said.

In her short reign, Coghlan has secured 4-year organisational funding from the Australia Council – one of only three craft and design organisations in a network of 12 nationally to do so – and has grown the organisation’s flagship event, Design Canberra, into a nationally recognised festival that is now 70% self-sustaining.

FROM A KNIFE’S EDGE TO SUSTAINABILITY

‘Securing that organisation funding is one of my great achievement. People glaze over when I say this, but really it is so big – it is so significant for a small organisation,’ Coghlan told ArtsHub.

‘I had always been in national institutions, which were secure, so I was bit shocked by the frailty of a small to medium organisation,’ Coghlan added.

The organisation is currently in conversation with the ACT Government to extend its funding agreement which has been in place since 2016 – $100,000 annually to cover salaries for one project manager and a short-term, part-time assistant.

Staffing needs have expanded in line with the festival’s growth, and there is a need to attract interstate tourists to the festival to secure its future as a major player in the creative industries and visitor economy.

Coghlan says the case study is very different from those early days. ‘While sponsors have been incredibly generous in this story, they do come and go. But over that five-years we have grown our income to become 70% self-generating – which is significant. And last year we generated $210,000 for local artists, which alleviates the pressure for local government to fund artists.’

Coghlan said that diversifying their sources of funding is a big part of their success.

‘Actually, being able to diversify funding sources reduces the risk with the changing appetites for funding the arts at State and Federal levels of government. Funding is tough in the arts sector, and I don’t see a change at any level of government increasing in the short term. It is a tragedy for our community.’

She points this growing sustainability and diversify to largely a supportive community.

‘I think a renewed appreciation of the handmade and the local – and that is completely on message with the extraordinary work Canberra artists and designers do with us – and also the recognition of the value of membership organisations and being part of a community; that has hugely increased in recent years and is one of our strengths.’

She said that shift in thinking also comes from the top level, and how the Australia Council recognises that ‘when they fund Craft ACT they are funding more than 400 artists and practitioners and are raising the visibility of their practice.’

SUSTAINING A DIRECTORSHIP AND SUCCESSION PLANNING

Coghlan told ArtsHub that she thinks the sweet spot is five years in a leadership role.

‘Part of being a good manager is recognising that there is more than me, and that renewal is really important. Last year I was thinking I could do this forever, I love it so much, but for me that is also a sign that it’s time to move on,’ she said.

‘For a lot of small arts organisations, a lot of the management is just survival mode, and it definitely felt that the first year here … and then slowly things starting to change. I guess one of the things is trying to always stay on the front foot in this role.’

She continued: ‘Once something is successful and going well, it’s tempting just to sit back and take a breath. But it’s important to push the boundaries – to “kill our darlings” and do something different. That regular renewal has been an important part of it at Craft ACT.’

Coghlan spoke about the reliance on the visible gongs – the good reviews, attendances, major commissions. ‘But it is the invisible achievements that are sometimes the most important. Did we celebrate when we got new computers! I was the only full-time staff member five years ago, and now we have four. These wins say so much.’

With regard to succession Coghlan says it is important to employ staff who grow and evolve with the organisation. Her natural successor would have been Kate Nixon, Design Canberra’s Artistic Director, but Nixon also leaves Craft ACT this month to move interstate.

‘It would have been super neat for Kate to step up, but in a way, it is also exciting for someone to build a new leadership team. We have such great agency and can achieve so much service to this community as a small organisation.’

‘I am absolutely confident that someone amazing will take Craft ACT to another level all together,’ Coghlan added.

Whoever steps into the role, they will shepherd Craft ACT into its next metamorphosis as a key venue at Kingston Arts Precinct. In a first, the organisation will have a custom-designed space including workshops and a ground floor gallery with high visibility.

Coghlan said it has been a long journey to this point, one where the ACT Government recognises the role of design and craft in Canberra in supporting the new space. It is due to be completed in 2023.

IS DESIGN AND CRAFT IN A HEALTHY POSITION?

‘Locally it is, because we have been able to support this amazing community, and the history of design in Canberra, and to take it to a new level of visibility,’ Coghlan said.

True to Coghlan’s energy, she didn’t want to dwell on regrets or challenges only to say she is worried about the future of craft education. ‘Without those craft workshops at a tertiary level, I’m anxious about the future for the sector. And if we don’t have those strong craft skills coming up, it will limit the broader design and craft sector nationally as it feeds into so many things.’

ADVICE FOR HER YOUNGER SELF

‘I don’t believe in resolutions, but I always try to embrace a theme. This year it was to “love the journey”. It’s just not about hitting the goal, but how you get there.’

She described working with the Canberra community of artists, makers and designers as a ‘privilege’ and said her advice was just ‘to lean into it and enjoy it … there’s a lot of laughter in our offices.’

That design community connection and ethos will travel with her into her next role – a new position at Parliament House leading cultural strategy and experience.

‘Parliament House’s design by [Romaldo] Giurgola celebrated the excellence of craftmanship from the get-go, and that is possibly under appreciated. I would like to see that appreciation – not just for the building’s historical narrative – but how it can have a sustained engagement for craft and design in 2021, and beyond.’

‘Parliament House is a stage for that collaboration with design already built through Design Canberra to continued. It’s a new role; I get to shape it. I love being a facilitator – an enabler,’ she concluded.