Book Review: Who Gets to Be Smart by Bri Lee

How the trifecta of power, knowledge and wealth will inform academic success.
Nanci Nott 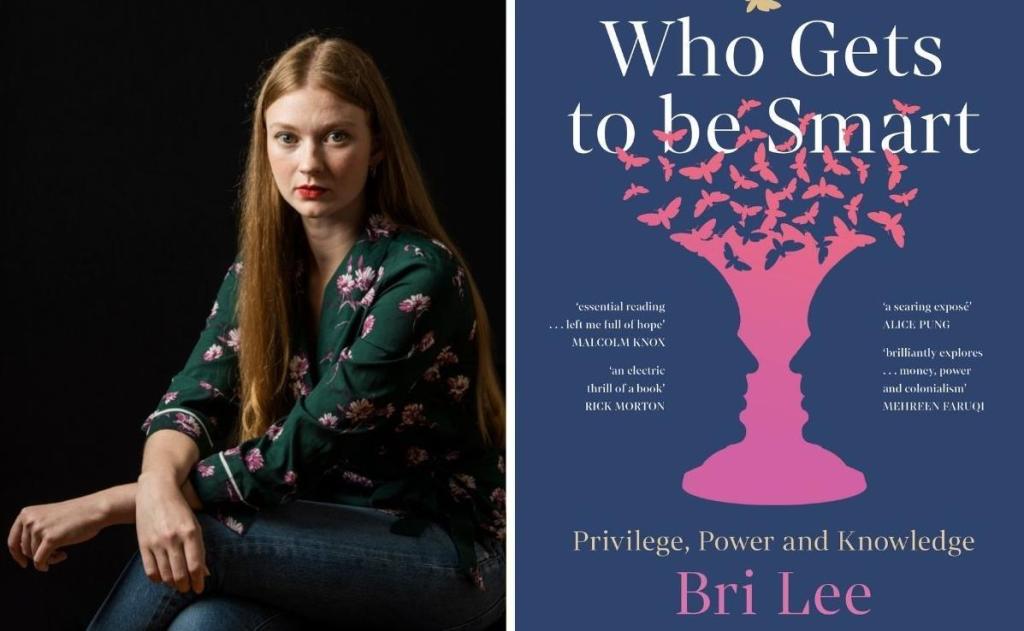 Bri Lee’s third book, Who Gets to Be Smart, examines how institutions keep knowledge exclusive and punish the excluded for knowledge they don’t have. Framed by personal anecdotes, the meat of this book is well-researched – but by no means dry – with a drizzle of wit, and a side of statistics. Transcending memoir, Lee’s chapters could function as impressive standalone essays. Together, her parts create a cohesive whole; engaging, honest, and brilliant.

Lee sets the stage with a wistful ode to Oxford, juxtaposed against a well-timed reading of Virginia Woolf’s most famous work, A Room of One’s Own. Rather than being reminded of how far society has come in the last hundred years, the reader is introduced to a series of confronting conclusions concerning kyriarchy (a social system built around structural power). It’s the ultimate pyramid scheme of oppression.

Lee uses historical examples to illustrate how easily atrocities can be excused by society, when those committing the atrocities have the power to decide what is, and isn’t, atrocious. For example, she writes of how past European colonisers dehumanised First Nations Peoples, in order to benefit socially and materially from their oppression. Today, racial, gender, and class-based injustices continue to be perpetuated by means reminiscent of colonial cruelty; the dehumanisation of the other. But which other? Pretty much all of them, according to Lee. The ingredients for success are available to those at the top of the pyramid, but hopelessly inaccessible to basically everyone else.

Lee elaborates on how withholding the knowledge-acquisition to outsiders is part of the maintenance of kyriarchy, elaborating on Indigenous research methodology and data sovereignty to illustrate her points. She expands upon how research and policy continue to negatively impact the educational and career prospects of everyday Australians. Immigrants, Indigenous people, and those with disabilities are disproportionately affected by pervasive systemic injustice with direct roots to eugenics and colonialism.

Lee uses historical examples to illustrate how easily atrocities can be excused by society, when those committing the atrocities have the power to decide what is, and isn’t, atrocious.

Traditional Western education is one way in which the toxic status quo of our society is upheld. Lee stalks the school system for answers, examining key connections between ideology and intergenerational inequality. She explores issues including – but not limited to – why funding for Australian private schools has increased drastically relative to public schools, and why educational disadvantage can be more problematic than economic struggle.

Lee eloquently explains why effort doesn’t equal upward mobility, and why we shouldn’t conflate money with merit. She highlights unethical instances of both flawed science and academic bias being used to perpetuate oppressive ideologies, and has an entire chapter dedicated to that unforgettably forgettable era, known as 2020. Lee encourages her readers to question their own beliefs as she leads them on a thought-fuelled journey through the stratification and hoarding of knowledge, power, and wealth. She provides enough depth for academics to critically engage with her assertions, while keeping her tone conversational and literary.

At times, Lee implies that equating intelligence with self-worth is a universal default setting. This seems like a critical oversight, until one remembers that the title is not, Who Gets to Be Kind (or funny, or strong, or anything else) and that the author herself is a product of the very system her book was written to rebel against. If anything, the absence of priority directed towards alternative values is an underlined statement, rather than an oversight. It is clear that the book itself is a product of a comprehensive – and presumably expensive – education undertaken by the author; therefore, this omission serves as a support to Lee’s own argument.

In a society that ascribes moral value to high test scores, it is refreshing to read Lee’s considered deconstruction of the colonialism, sexism, and racism running rampant at the heart of modern kyriarchal classism. If the vaguely-ominous concept of being unravelled and rebuilt appeals to your curious psyche, read this book. If not, read it anyway, and don’t skip the epilogue.