Three exhibitions in London: Oceania, the new Islamic display at the British Museum, and the Turner Prize.
Alison Carroll
[This is archived content and may not display in the originally intended format.] 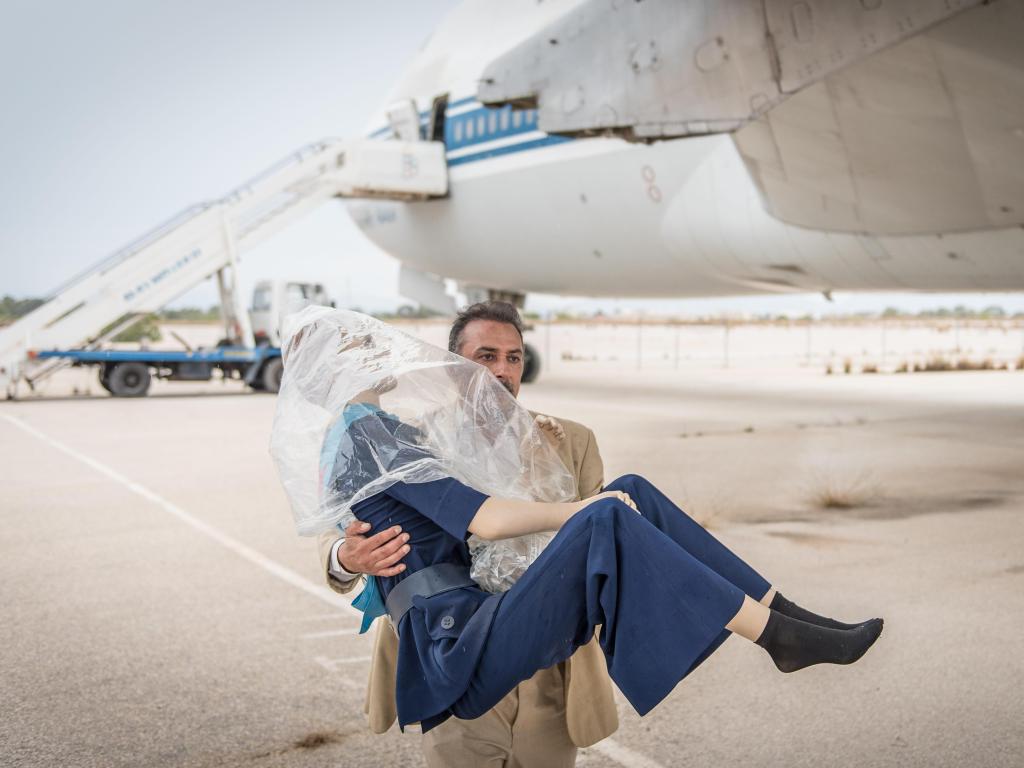 The art highlighted in this Northern autumn at three of Britain’s most prestigious arts institutions reflects the wonderful and endlessly baffling diversity of meaning of that term. It is unintentional. All three institutions – the Royal Academy, the British Museum (BM) and the Tate Britain – work to well-known formats and expectations, and all three shows – Oceania, exploring the visual culture of the peoples of the Pacific Ocean, a new display of Islamic culture from the British Museum’s collection, and the Turner Prize, a competition for contemporary artists associated with the UK – fit snugly within their own frameworks.

But if “art” is the visual representation of culture with the purpose to express emotion and idea, then these three exhibitions reflect the endless possibilities of creation and ingenuity that human beings possess, in spades.

The overwhelming impact of the Islamic exhibition is wonder and delight, of Oceania it is sheer admiration for these people’s capacity to create their own worlds in this watery vastness, and for the Turner Prize the impact, for me at least, is to smile at the cool control of the British, tightly held even within the unruliness of the global art world.

It is commendable that the three institutions have staged such exhibitions, in the days of arts cuts and Brexit xenophobia, though indeed the Islamic focus is a currently oft-used device to counter current popular myopia about the savagery and iconoclasm of people ascribing to this belief system.

Despite my own coolness towards the works in the Turner Prize, these three shows reveal Britain at its best: intelligent, measured, knowledgeable, clear, selecting pieces to delight the heart and challenge the mind. And in contemporary times, obviously working with appropriate partners – New Zealand, Tonga and PNG for Oceania, the Islamic Arts Museum Malaysia in Kuala Lumpur for example at the BM, and including global issues at the Tate – in a way that might not have happened in the past.

Oceania’s special local offering is including objects from British and European collections, pieces often given as gifts to visiting mariners in the 18th and 19th centuries and kept in ‘museum conditions’ of conservation control.  The labels tell this history, adding a layer to the original creative purpose, making the point that the islanders, by their own traditions of giving, were thereby entering into a relationship of future negotiation and engagement with these visitors. 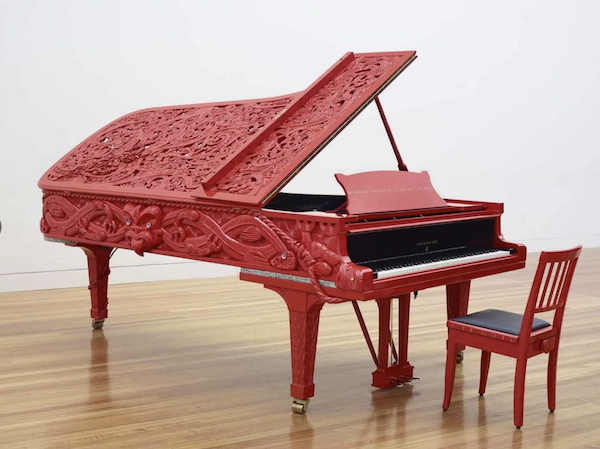 The exhibition includes Tahitian drawings of the time, a special treat to see, as well as the remarkable Marshall Islands navigation charts of wood, fibre and shells placed at appropriate junctures, used to enable the traverse of the ocean’s great distances.  And it uses contemporary works to excellent effect, not just as tokens at the end – a criticism of the BM’s Islamic display – greeting visitors with the large blue ‘cloth’ Kiko Moana (made of that rich blue that only tarpaulin, as here, can emit) by the Maori collective Mata Aho.

This was shown at the last Kassel Documenta in a small space in one of the lesser venues.  Here it dominates the entrance, challenging visitors to brace themselves for a wilder journey than they might have expected.

The display here was very clever: rooms based on themes rather than individual cultures, with just enough material to make a satisfying and challenging but not exhausting exhibition.  I can imagine the discussions on what to leave out being quite strenuous.

One of the issues for visiting Australians to today’s Euro-American museums is the paucity of Indigenous material (especially material of visual impact) on display.  In Germany, it is down the back in a dark case at the old Ethnological Museum in Berlin-Dahlem; in New York there is a small case at the Metropolitan Museum, sort of paltry, and even that in the Musée Quai Branly in Paris is disappointing, and while PNG material is more overtly collected and displayed you feel it is a sad and left-over collector’s passion of long-gone days, demonstrated by the limited market for such material today.

In contrast, here, the pieces are presented with great style, theatrically, as they should be. 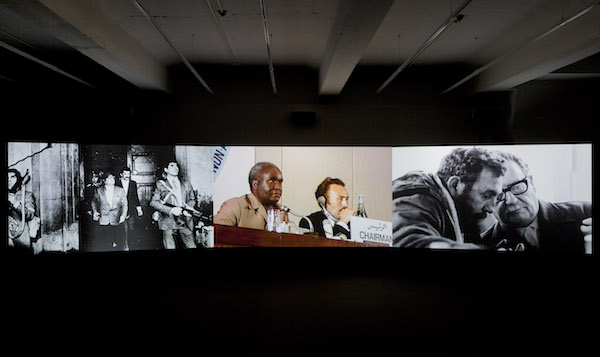 The Turner Prize includes Tripoli Cancelled (pictured top) and Two Meetings and A Funeral, by Naeem Mohaiemen, also shown at the last Documenta. The second is the most dynamic of all the works included, but it too is elusive – cool as I said – despite the content being about the Non-Aligned Movement meeting in Algeria in 1977.  The four selections (the others are collective Forensic Architecture, Charlotte Prodger and Luke Willis Thompson) are all video and some at great length – the two films by Mohaiemen run for three hours in total. That is a big ask of visitors.

You do wonder at the intent here – no visitor surely will see them all, so in a ‘prize’ exhibition like this how can anyone properly compare them?  Maybe that isn’t the point.  All four works have a core of political intent – US racism, the Non-aligned history, a young woman musing on her life including responses to her gender, and a Palestinian-Israeli moment of conflict.  But then they all shrink back, leaving responses to float in the air.

For me, it is cool in an emotionless, bloodless (ironically) way, but an excellent antidote to the sheer wonder of Oceania and the sheer pleasure of the Islamic works.

It would take a long time to really indulge as one should in the Islamic display.  I say “indulge” which is what most visitors would do.  It isn’t properly appropriate for such works of course, as their intention much of the time is to provide access to God, to enable a state of spiritual transcendence.  Only such beautiful things could possibly begin to reflect the wonder of faith. However, even to the faithless, like most of us, we are transported by the physical beauty of incised metal and wonderful inlaid jewels, of enameled glass and fine ceramic, of delicately painted parchment and paper, and of embroidered and diaphanous textiles.

I recently visited the New York Metropolitan Museum display of similar works and the BM’s is like a treasure trove of one well-known local collector (known as Aladdin) in comparison.  It makes a sorry comparison with Australia’s lack of similar works, even on a small scale.  The Islamic Museum in Melbourne has but a tiny collection.  The closest local experience of visual creation achieving Islamic transcendence that I know is the new mosque at Newport by Glenn Murcutt, a simple hall but with angled shards of coloured glass inset into the roof, enabling jeweled hues to move ever so slowly over the spaces below.

This review began with the idea of the breadth of the idea of “art”.  I must say that the review of Oceania in The Guardian uses the term too liberally for someone living in this southern part of the world, along with the term “artists”.  Such creations are made for wider cultural reasons than being ‘just’ visual, something we are perhaps more sensitive to here. For many non-Western cultures of course ‘art’ is not a used or useful term.