The right baggage for the road ahead

In SA arts, the singular legacy of Don Dunstan often manifests in lethargy and deference to the past. We need a new 40 year vision.
Arts Industry Council of South Australia
[This is archived content and may not display in the originally intended format.] 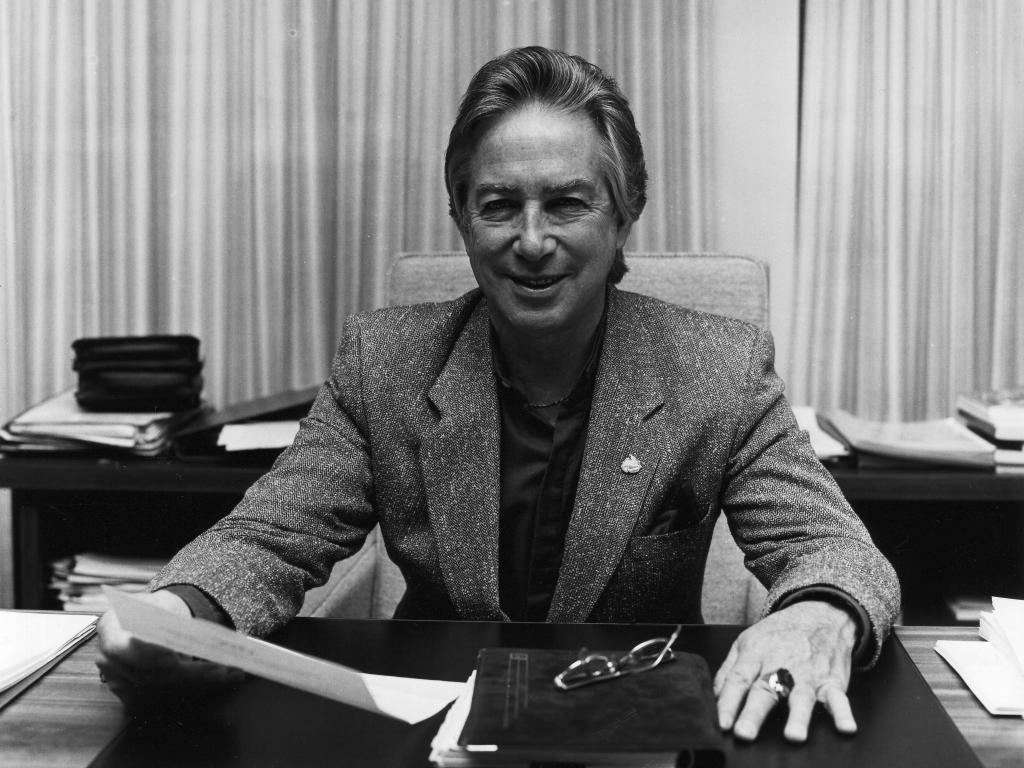 In early November something altogether rare and wonderful has been given the chance of taking place at the Adelaide Town Hall. For two days South Australian artists and arts workers from every sector of the industry and across every discipline have been invited to come together to collaborate en masse in a shared act of imagination in an attempt to shape a vision for what the Arts in South Australia will look like in the year 2055.

Instigated by the Arts Industry Council of South Australia (AICSA), it is an event that has been implemented because ‘at present South Australia has no overarching arts or cultural policy; no deeper, long-term vision guiding our political leaders in the development and implementation of immediate to short-term creative sector policies, and no bipartisan agreement about the core cultural values we hold to be true as a society.’

The choice to nominate a target of 40 years was taken for a number of reasons: to encourage everyone to think in terms of transformative visions; to encourage everyone to relinquish their own immediate concerns, personal agendas and professional preoccupations; to provide a frame of reference that might present the best chance of engaging in a bi-partisan conversation with our leaders around the notion of an overarching cultural policy (that could then be broken down into 20 year, 10 year and 5 year checkpoints); and lastly, because 40 years mirrors the same period of time since the famed cultural vision of Premier Don Dunstan’s era.

As AICSA has noted, ‘it is incredible to consider what impact one man’s vision and passion can have for a society, flowing out across so many years’; indeed, over the past 40 years his name has become a ubiquitous symbol for all that is deemed worthwhile and unique in the arts in this state.  In this way, the symmetry of 40 years can be seen to carry with it a certain poetry, but it also marks a significant concern.

For all those years, Dunstan has been heralded as the cultural cornerstone upon which all we cherish has been built and the touchstone by which all future arts aspirations should be measured. There’s no denying that he did a huge amount for Adelaide and South Australia, which is well documented. The historical status of South Australia as a preeminent arts state is one that has given us all enormous pride over many years. But there is another impact of the singular legacy of Don Dunstan that is harder to acknowledge, and that is an insidious layer of apathy and lethargy – often obscured by overt and constant deference to the past and to South Australia’s much touted ‘leading arts state’ status – that has taken hold, depleting new thinking, undermining active innovation and watering down true ambition.

In just about every big picture conversation about culture in South Australia one will hear his named evoked: in passionate recollections of the leadership Adelaide took in building arts infrastructure in the 1970s, or about the transcendent and visionary festivals and national spotlight on the Adelaide theatre scene of the 80s. When one starts to think about the touchstones of a 40 year expanse it becomes uncomfortably clear that much of the rhetoric that occupies the debate on the arts harks back to a long-distant era. The memory of the great innovators of the likes of Don Dunstan and Gough Whitlam is in danger of becoming a millstone around the necks of the arts and cultural community in South Australia.

Each innovation requires a first bold step, to search the unknown horizon for a spark of inspiration. To dare to look out across the curve of time and dream into a new future, an imagined reality that is imbued with the history of a place but is ready to receive the dreams and hopes of the artist. A successful creator takes that initial spark as a fixed compass point and works through a series of creative processes to navigate a path to bringing that vision into reality. From these processes concrete plans emerge. Importantly though, without that initial vision a new adventure cannot be embarked on.

This is where we find ourselves today, grinding inevitably toward the future. The question is: do we want this to be a bold and brilliant journey to a place we have hoped for, or a meandering stumble into a future that leads not to a new highpoint on the horizon but doubles back on itself only to return us to where we now stand? Do we look backward or forward? The horizon is expansive and filled with infinite possibility. How will we know the right direction in which to strike out?

This should not be an agenda set by an individual. This vision for our cultural and creative dreamland must be informed by the collective voices of many. And so AICSA has invited all who wish to contribute to that vision to come together over two days to talk, rant, share and dream together. It is easy to sit and look into the past, easier even perhaps to sit with clenched fists and rail at an unsatisfying present. The courageous amongst us will stand and dare to peer into the future, knowing that with a considered and united vision in our sights we will find the right path to leaving our past behind.

The Arts Industry Council of South Australia is a membership-based organisation providing an independent voice for the arts in SA. www.aicsa.net.au