Where cultural tourism and a national botanic art prize meet

With an eye on conservation, a new art prize in Western Australia radically reframes botanic art through a contemporary lens. Entries are now open.
Gina Fairley 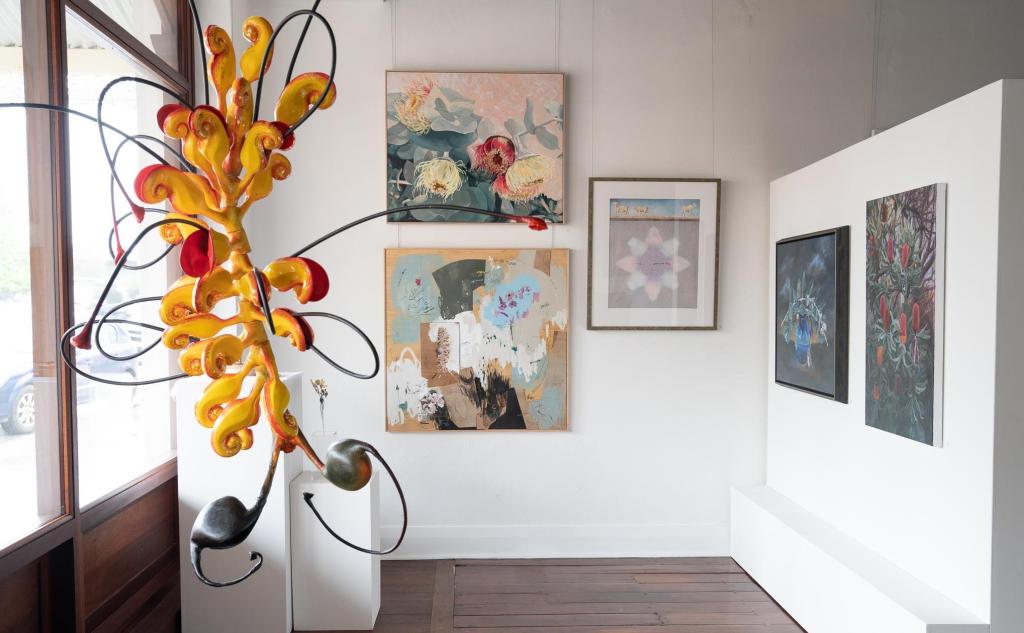 Botanic art has long been aligned with naturalist illustrations, delicate watercolours and scientific documentation. But if one was to take a cue from the winner of last year’s inaugural York Botanic Art Prize – Kirsten Hudson’s composite of 16mm film that was buried in the earth and then digitally edited – then this recent addition to the art prize calendar simultaneously challenges genres and taps into the zeitgeist about our threatened environment.

The York Botanic Art Prize was established by Jenny Garroun, Director of Gallery 152, in response to the regional town’s unique location about an hour out of Perth in Western Australia’s wheatbelt.

‘When I first conceived of the prize I was thinking small, but then I realised that there is no national botanic art prize. There are a lot of prizes that approach botanic art as a genre, but I am interested in a national conversation,’ Garroun told ArtsHub.

The Prize’s inaugural edition received 226 entries from all around Australia, which Garroun described as a ‘massive surprise’ given it opened in late April, in the midst of COVID.

‘I could see that there was a strong and growing interest in botany in art generally, and the environment,’ said Garroun. ‘York is at the start of wildflower trail – so this is why we felt a botanic prize was an appropriate project for this part of the world.’

Entries to the York Botanic Art Prize are by expression of interest.

‘We don’t care where an artist is from – there are no restrictions on entry except that the subject must be native WA flora; what we are encouraging are more unconventional approaches,’ Garroun explained.

Artists can submit work in any medium including painting, mixed media, works on paper, digital and video works, photography, sculpture and textiles.

‘We were very specific that we were not looking for the traditional idea of what botanic art has been, and we knew that making that shift was going to be a bit of a challenge to some people – we certainly got some flack when the winner was announced – but we just didn’t want the prize to be about pretty pictures.’

The only limitation is that the work must relate to the theme of Western Australian flora and make reference to specific WA species.

Having grown up in a regional town, Garroun said her attraction to York was in part because of its potential as a cultural and environmental tourism destination.

‘When we bought in York over a decade ago we started a festival, and eventually I wanted to have a bigger stake in the town. I have a tendency to do things I haven’t done before. But growing up in a regional town, I could appreciate more what regional towns have to offer,’ she said.

‘I am an ideas person and I could see this was the right project at the right time. Regional galleries are really the pulse of destination tourism, and I knew that was a good reason for doing the prize.’

Being able to present interesting artists from all around Australia who share an interest in Western Australia’s botanic richness and are invested in its conservation, make for a prize right for our times, Garroun said.

The town has been flourishing since it began accepting people back post-COVID, she added, noting that she feels positive about the prize’s future.

Gallery 152 is located in York, WA’s oldest inland town, one hour east of the Perth CBD. It is a commercial gallery working to restore York’s reputation as a hub for artists, festivals and other cultural events.