Mami Kataoka’s highlights for the 21st Biennale of Sydney

The 21st Biennale of Sydney is not about hierarchies of artists and venues, rather it is about harmony in the gaps across time and space.
Gina Fairley
[This is archived content and may not display in the originally intended format.] 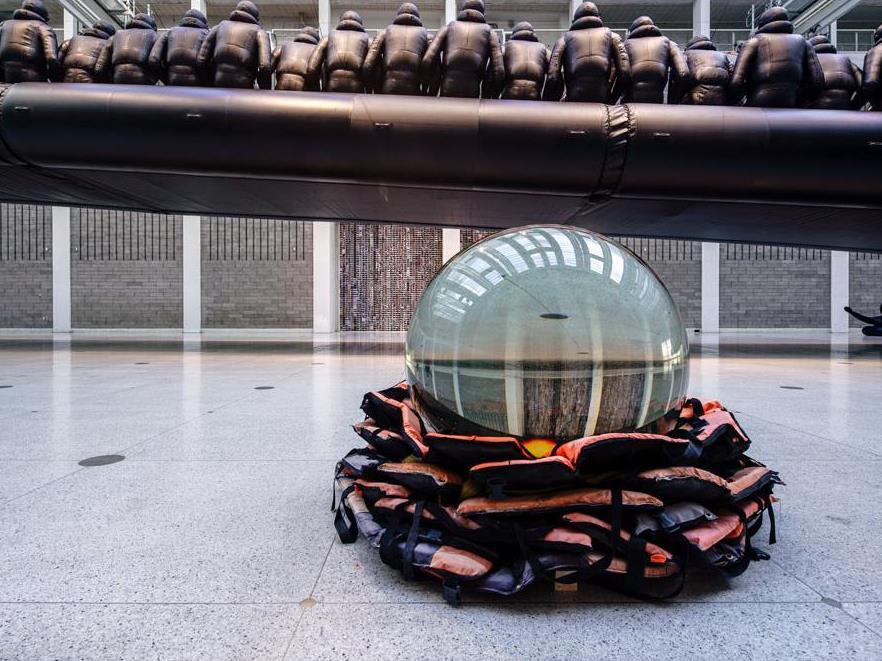 When a biennale or a triennial hits the headlines the first statistic to be published is the roll call of artists: “…70 artists and artists collectives from 35 countries presented across 7 exhibition venues”. It is a mantra that celebrates the broadest inclusion, but Mami Kataoka, Artistic Director of the 21st Biennale of Sydney, is more interested in the nuances of the gaps.

Speaking with ArtsHub in the final days of the exhibition’s installation, she said: ‘I am interested in the dialogue across and between artworks, and the conversations that collections can offer over time.’

Kataoka has placed significant emphasis on the role of the archive and museum collections in this Biennale.

She told ArtsHub that if there was one experience she would like to encourage through her curation, it would be that there were no hierarchies between pieces or places in this, the Biennale’s 45th year.

While those familiar roll calls of artist have a certain appeal, more can be learnt about ourselves – and our values – through the program’s reach and global perspective.

Kataoka explained: ‘The Biennale plays an indispensable role in Australia’s engagement with the world, providing perspectives from elsewhere on issues that matter.’

She talks about repeatedly overlapping value systems, of scientific-based terms like ‘superposition’ and ‘equilibrium’, and a connection to nature’s five elements – adopting the Chinese philosophy that everything in the world is made up of earth, metal, water, fire and wood.

Wuxing is a very basic idea throughout Asia and is a holistic view of the world. Kataoka added that metaphorically, for her, it was also about an inherent connectivity across venues and histories, that idea that one work generates the next work – a kind of microcosm.

‘It is perhaps more clear looking at the work of Brook Andrew at the Museum of Contemporary Art. While not exactly “Wuxing”, his tombs of thoughts – as he calls them – are five sculptures that respond to the elements while scrutinising the dominance of Western colonial narratives,’ Kataoka said.

Brooke Andrew and Mami Kataoka will be speak on the panel discussion Art & Artists: Public Galleries Summit, 18–21 March at Carriageworks. For details on how to attend.

‘Also artists like Yasmin Smith, whose site-specific ceramic work at Cockatoo Island uses the earth – clay as art – water, fire and wood to make that fire. It’s one of the ancient ways of making daily objects and this medium is so current,’ said Kataoka.

Merging aspects of art, archaeology and science, Smith examines the processes and chemical composition of glazes made from material found on site to reveal the history, ecology, geology and culture of a place.

‘I encourage viewers to consider how all things in this world interact with complementarity, in a state of equilibrium and engagement,’ Kataoka urged.

Yasmin Smith will be giving an artist talk at the Superposition Studio on Cockatoo Island on 14 March at 3pm as part of the inaugural Sydney Preview. For details.

The participating artists in the 21st Biennale of Sydney have not been chosen in order to represent or symbolise a particular theme, Kataoka said, rather many of the artists reflect multiple, and sometimes opposing, perspectives within their work.

So while it might be politically charged Chinese artist Ai Weiwei’s 2017 installation, Law of the Journey (a 60-metre-long boat crowded with hundreds of anonymous refugees shown in Cockatoo Island’s iconic Turbine Hall) that gets everyone talking, that conversation is then woven across venues, spaces, places, times.

Kataoka said: ‘Everyone is talking about Ai Weiwei’s boat but there will be his Crystal Ball cradled by a nest of life jackets in Artspace, which is equally symbolic as a purveyor of the future but, as the artist reminds, you can’t read your future. That work is shown together with Tiffany Chung’s studies in different watercolours and embroidery to chart the passage of the movement of refugees – boat trajectories, ports, resettlement countries, escape routes – becoming a wild map.’

Tiffany Chung will be in conversation with Mami Kataoka and Artspace Director Alexie Glass-Kantor on Friday 16 March at 3pm. For details on how to join the conversation.

In 2017, the World Economic Forum noted that the number of displaced people had risen in the previous year to 65.6 million; one in every 113 people on the planet is a refugee.

This theme of displaced persons is one of several that visitors will encounter across the 300 artworks in this 21st Biennale of Sydney. Notably, 56 of those works are new commissions.

‘There are a number of ways of seeing this exhibition,’ Kataoka said. ‘It is not always about the newest art from around the world, and now that we are living in post-internet times, everything is bought to attention in a way that is beyond time and space. Curatorial practice has changed in the way we look at works. They occupy the same space, so you will see a 20th century work with the latest work, or works by artists born in the 1940s with those born in the 1990s. It is about harmony and gaps, and how you can enjoy the nuances that they offer.

‘The Biennale is a way to see the world, not in a linear way or from a single perspective, but how, through the crevices in time, that experience becomes relevant to now,’ Kataoka concluded.

Sydney Preview, a free full-day preview of the 21st Biennale of Sydney, will take place on Wednesday, 14 March 2018. Registration for Sydney Preview is open to all residents of New South Wales. Participants will have the opportunity to engage with visiting international and Australian artists through a free program of artist talks during extended hours. To register visit: https://events.biennaleofsydney.art/sydneypreview

The 21st Biennale of Sydney is a free event.