Made in isolation, student resilience shines in online showcase

A dazzling array of new works made by graduating students at the University of Melbourne’s Faculty of Fine Arts and Music can now be viewed online.
Richard Watts 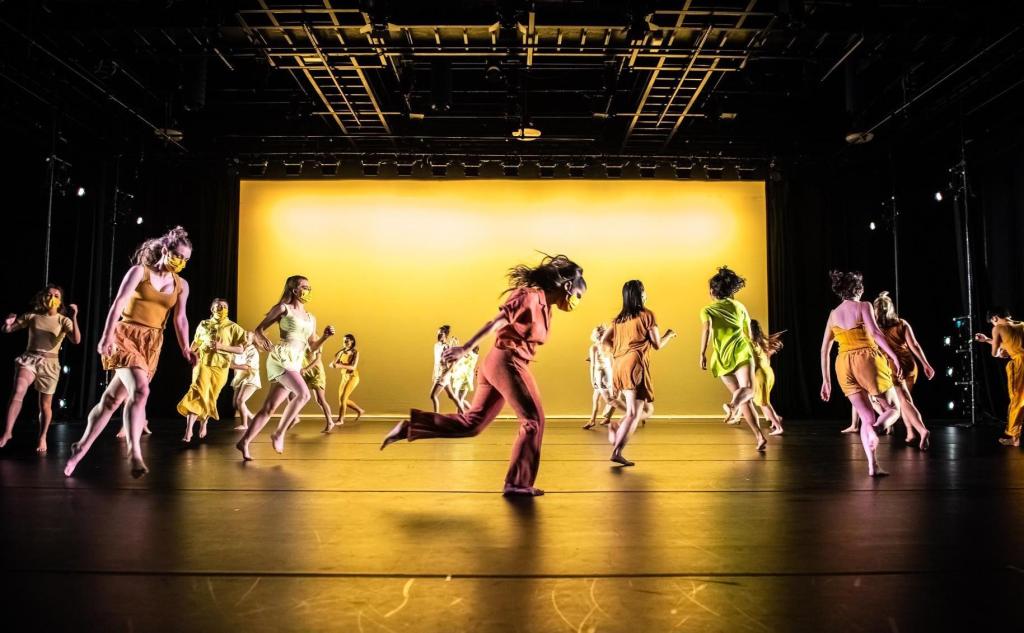 The creativity of students at the University of Melbourne’s Faculty of Fine Arts and Music (home to the Victorian College of the Arts and Melbourne Conservatorium of Music) flourished in 2020, despite the challenges of lockdown, social distancing, and having to rapidly adapt to learning online.

‘We got the students straight online and doing amazing things,’ explained Professor Jane W. Davidson, Head of Performing Arts at the Faculty of Fine Arts and Music.

‘For instance, there was some incredible devised work created through the theatre department, where the students were creating murder mysteries online, placing the Zoom audience into breakout rooms and giving them clues and eventually giving them answers – it was amazing.

‘Everyone was deeply invested in trying to make the best of a very bad situation, and there was almost a sense of euphoria about what you could experience and trial and do.’

The rigorous and imaginative works of the Faculty’s final-year students – made across a range of disciplines, including acting, theatre, opera, music theatre, design and production – can now be viewed online.

Featuring more than 35 events, performances, showcases and exhibitions, the Graduating Season website highlights the students’ aptitude, creativity and finely honed skills – allowing an international audience to access works that would normally be seen only by a relatively small live audience.

‘No matter how constrained by mask wearing, social distancing, and so on, we were able to deliver works that were either shared as live streams, or they were recorded and edited. And the capacity to launch works like that meant that suddenly the audiences were huge,’ Davidson said.

‘We have definitely expanded our audience, because suddenly, it’s not just limited to those who can come onto the campus or come to some local Melbourne venue. Anyone from anywhere in the world can watch.

‘For instance, we had a big dance season launch at the beginning of December and we had huge engagement with people watching the live streaming of those recordings, and they continue to watch them too – and I’m sure that will also be the case for the other works coming up at the end of January as well,’ she said.

Demonstrating the diversity of skills taught at the Faculty of Fine Arts and Music, as well as the talents of the students themselves, the online graduate showcase includes new choreographic works, visual art, concerts, short films and more.

‘You’ll be able to see filmed and edited projects like the dance season that launched in December and the equivalents coming from music. For instance, I will have an opera and we’ll have concerts with the orchestra published in late February,’ Davidson said.

Ensuring the students’ work can be accessed online has involved new areas of training, resulting in the 2020 graduates gaining more skills than ever before.

‘We just spent five weeks videoing an opera and filming it like a feature film. It was an incredibly intense experience, and it’s been a novel experience for the students learning that filming is a completely different art form to live performance,’ Davidson told ArtsHub.

‘What you have to hang around for a long time, get the scene set up, rehearse it, plan the angles, and then film from the angle required to produce viable shots for the film editor.

‘The students have had to learn many different skills, which is something that many of them would not have the opportunity to do in the past. And that will be de rigueur going forward; it will be part of the curriculum henceforth,’ said Davidson.

With the worst of COVID hopefully behind us and the new year well underway, staff and students at the Faculty of Fine Arts and Music are eagerly preparing for their physical return to University of Melbourne’s Southbank campus – while also aware that they’ll need to prepare for and respond to every possible scenario that fate throws at them.

‘We have subjects that we want to deliver entirely on campus, because they are subjects that require face-to-face interaction. If we get a third lockdown, God forbid, or something else happens, we know now that we’ve got strategies in place so that we can adapt and deliver the subjects in different ways,’ Davidson said.

When it comes to face-to-face teaching, the University has developed clear strategies around social distancing, and around care and concern for students’ wellbeing, in order to provide them with the best possible learning experience.

‘We’re taking the very best of what social distancing, COVID and the online experience has offered us and really thinking carefully about how to optimise the live experience of being in a class and rather being less complacent about it,’ Davidson said.

‘I think in the past, we may have said, “Oh, it’s class this morning, let’s just do it,” as a kind of life ritual, whereas now I think we’re being more thoughtful about it, to be honest.’

Learn more about the Faculty of Fine Arts and Music’s 2020 graduating season.