Never before seen in Australia, Monet’s ‘Impression, Soleil levant (Impression, Sunrise)’ forms the centrepiece of the National Gallery of Australia's winter exhibition, Monet: Impression Sunrise.
Dr Diana Carroll
[This is archived content and may not display in the originally intended format.] 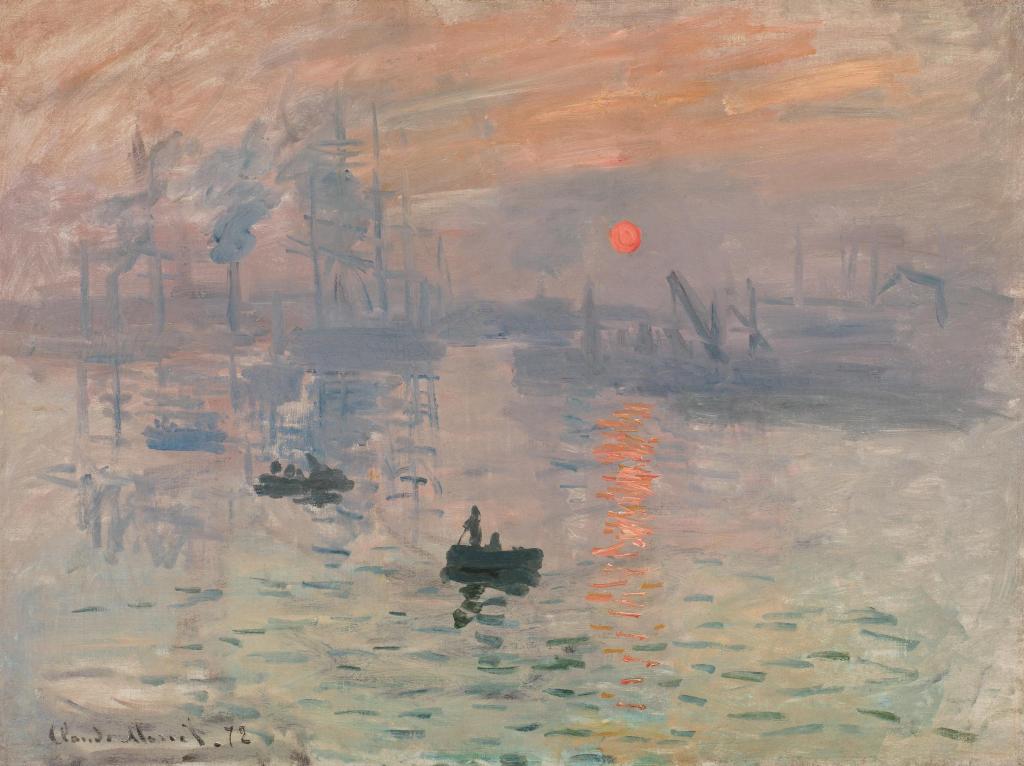 Australian art lovers will have a unique opportunity this winter to experience a defining moment in art history, with the National Gallery of Australia’s new exhibition, Monet: Impression Sunrise.

Featuring the painting that unintentionally gave Impressionism its name – Claude Monet’s seminal work, Impression, Soleil levant (Impression, Sunrise) – this exclusive exhibition examines the founding of a movement that changed the way we look at art and the world.

The National Gallery has worked closely with the Musée Marmottan Monet in Paris and Art Exhibitions Australia to bring this masterwork to Australia for the very first time.

‘Impression, Soleil levant is the keystone piece at the Marmottan collection, so it just doesn’t travel, which is why it’s so exciting to have it here,’ explained Simeran Maxwell, curator of international painting and sculpture at the National Gallery.

The painting has never travelled to the Southern Hemisphere before and will form the centrepiece of the National Gallery of Australia’s exhibition.

Monet: Impression Sunrise is curated by Marianne Mathieu, Assistant Director of the Musée Marmottan Monet, in association with Maxwell and the team at the National Gallery. Mathieu will be in Canberra to supervise the hanging of the exhibition.

The exhibition features key paintings by JMW Turner, whose early works inspired Monet, alongside with works by other important Impressionists including James McNeill Whistler, Alfred Sisley, and Eugène Boudin.

‘It is so important that we work with these key institutions around the world to bring these treasures to Australia. Not everybody can go to Europe, so we need to bring the works here,’ said Maxwell.

‘We try to show how the young Monet came to paint this seminal work and who were the artists he met along the way.’

Seen as radical and dangerous in its day, Impressionism marked the end of the Classical period. Viewed collectively, the works that make up the exhibition offer important insights into the movement, revealing that Impressionism was about much more than just the beautiful pictures of landscapes, lilies and lakes most commonly associated with it.

The paintings reveal the formative characteristics of Impressionism: the depiction of light, the use of purer colour, and the capture of momentary views in works created by a new generation of artists who abandoned their studios for the outside world.

‘One of my personal favourites is At the Ball by Berthe Morisot. Art history so often overlooks the female members of the Impressionist movement, so it’s wonderful to include her work,’ said Maxwell.

A beautiful oil on canvas portrait of a young woman with a fan, At the Ball is part of the Musée Marmottan Monet’s extensive collection of works by Morisot. An accomplished painter who studied under Jean-Baptiste-Camille Corot, she became the muse of her brother-in-law Edouard Manet, and exhibited at the 1874 exhibition which gave Impressionism its name, alongside Monet, Manet and others.

Their work was considered so radical that Le Figaro’s art critic, Albert Wolff, famously wrote that they consisted of ‘five or six lunatics of which one is a woman … [whose] feminine grace is maintained amid the outpourings of a delirious mind.’

Monet: Impression Sunrise will be hung in a newly-designed space within the Gallery, created as part of a wider strategy by Director Nick Mitzevich. The new space allows for bigger hangs and ensures that more of the Gallery’s holdings can be displayed, rather than kept in storage.

The exhibition culminates with Monet’s iconic water lilies. ‘The water lilies are an incredible way to finish the show,’ said Maxwell. ‘If you really study it, you can see that Monet’s eyesight is starting to fail; you can actually see that progression.’

Monet: Impression Sunrise is accompanied by a handsome catalogue featuring photographs of all the works, alongside essays by Maxwell, Marianne Mathieu, and Dr Jane Kinsman, the National Gallery’s Head of International Art exploring the role and importance of Monet’s work. The essay by Mathieu shares the impressive scientific studies that have been conducted on Impression, Soleil levant, including detailed astronomical work to match the dates and movements of the sun.

Monet: Impression Sunrise is an unmissable opportunity to see a masterful painting that became emblematic of a cultural movement and to trace its influence on the course of art history. It’s also a great reason to visit Canberra in winter.

Tickets can be booked online, with children under 16 free with a paying adult. A suite of public programs including talks, lunches, and special events will accompany the exhibition.

Monet: Impression Sunrise is showing at the National Gallery of Australia, Canberra, from 7 June – 1 September 2019. Visit nga.gov.au/impressionsunrise for details.