David Goldblatt’s quiet determination is a lesson for all photographers

We don’t just take images, we make images – and in doing so impact history. David Goldblatt did so for seven decades, and you can too at the MCA’s drop-in Photographer’s Studio.
Gina Fairley
[This is archived content and may not display in the originally intended format.] 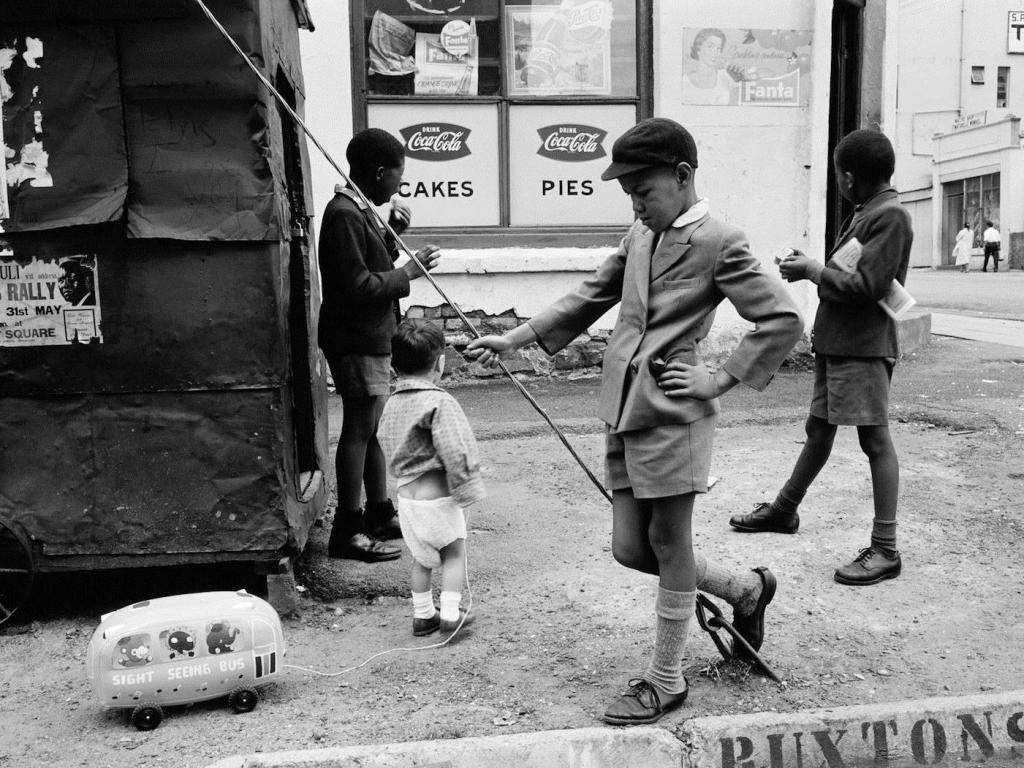 While David Goldblatt is best known for his compelling black and white images of the rise and dismantling of apartheid in South African, essentially all his photographs are about the human condition.

He documented the history, people, structures and landscapes of South Africa with a quiet determination, and an unflinching sense of what is right and just, and what is not.

The Museum of Contemporary Art Australia (MCA) is presenting the largest retrospective of Goldblatt’s work in the Asia Pacific region – David Goldblatt: Photographs 1948–2018 – curated by Rachel Kent in the months prior to Goldblatt’s death.

The iconic photographer died in June this year aged 87. Kent had worked with him to create this seven decade showcase of his career.

She told ArtsHub: ‘I think this exhibition is very much of the moment; it is absolutely about what is happening in the world today.

‘His is a narrative that resonates elsewhere in the world, particularly in Australia and in terms of those really big questions around race and racism, institutional oppression, the treatment of migrants and refugees.

Goldblatt asks through his work: ‘How did we get to be the way we are?’ Kent said the quote was ‘about looking in the mirror,’ and that Goldblatt’s work teaches us about finding stillness and consideration.

‘We live in an era where everything is Instagramable; everyone has an iPhone and the means to document the world around us. In a way, social media is a counterpoint to what David was doing – he was slowing time down and zeroing in on one particular moment and asking for some quiet consideration,’ Kent explained.

The exhibition of over 400 works takes audiences on an incredible journey. As the celebrated Sydney photographer Cherine Fahd said of Goldblatt’s work: ‘His photographs are diverse and yet there is a singularity in the way he portrayed his subjects. I’m particularly interested in this, and the involvement of his subjects in the process of making the portraits.’

Fahd has used this “involvement” to create The Photographer’s Studio for the MCA to coincide with the Goldblatt exhibition – a free, all ages, project space where visitors can drop in and experiment with a range of props to stage images.

Fahd explained: ‘I’ve designed the studio to encourage the idea that we “make” images rather than simply “take” images.

‘The studio also makes the photographer-subject relation explicit. It aims to draw attention to the often-hidden relation in the photographic encounter that occurs between the person making a photograph and the person who is posing for the photograph. It also highlights the notion of the pose as a performance.’

One of the defining aspects of Golblatt’s photographs was his “eye” for framing and cropping the image.

The Photographer’s Studio has been inspired by his 1975 series Particulars, where Goldblatt turned to the details of the human body – the crook of an elbow, the folding of hands, a woman’s ear.

Fahd has created a number of masks for participants that allow a game of revealing and concealing, a concept used by the photographic surrealists of the 1930s and ‘40s, and one she used in her 2013 series, Camouflage.

‘The masks have various shapes cut out of them for different parts of the body to be presented while others are hidden. The Photographer’s Studio is designed for all ages situated inside the MCA’s National Centre for Creative Learning and is open every weekend during David Goldblatt: Photographs 1948–2018. To learn more visit www.mca.com.au

Curiosity and honing the image

Goldblatt experimented with different cameras over the years, often customising his equipment. Several of these cameras are on display at the MCA.

Fahd believes that Goldblatt’s work is a great example of how we see, innovate and create narratives through images.

‘His work is certainly narrative driven in as much as the titles of his works operate as captions. This textual component cannot be underestimated … [they] frame the story, informing our reading of the image and telling us explicitly what Goldblatt wants us to see.

‘This is important to remember when looking at photographs such as Goldblatt’s. This is one person’s view, not a truth, not reality, but one singular perspective,’ she said.

This point was echoed by Kent: ‘While photography is documenting a place or a person or a moment in the real lived world, it is inevitably making a choice – the who, where and what.’

Lessons in life; lessons in film

Goldblatt was an incredible storyteller, as this exhibition makes clear.

Kent revealed: ‘Something that has grit and a real story is that much more interesting for me.’ She believes narrative is as substation as any other style of exhibition.

For Fahd, ‘It is the notion of a puzzle that I find so compelling in photographic portraits; a problem to solve.

‘Our human impulse is to read the face, body, gestures of others, to find a way of accessing the other, and yet a photograph with its surface is a veil … a framed snippet of a split second; a staged moment whereby two people come together – one behind the camera and one in front of the camera,’ said Fahd.

Her advice to anyone exploring their passion for photography is to look at as much material as possible.

The MCA is additionally offering a series of photographic workshops led by Sydney-based photographers, including photo-collage with Garry Trinh, Hayley Millar Baker, and a portraiture workshop with Cherine Fahd. For more information on how to book visit mca.com.au

‘Today we tend to view images as something that exists on screens, in apps and on social media. Visiting exhibitions, museums and galleries, as well as looking at artists’ monographs, gives our understanding of images a tactile dimension.’

The exhibition David Goldblatt: Photographs 1948–2018 does exactly that, while also offering audiences a chance to dig a little deeper.

David Goldblatt: Photographs 1948–2018 is showing at the Museum of Contemporary Art Australia from 19 October 2018 – 3 March 2019. The exhibition is part of the Sydney International Art Series, and is ticketed.

The Photographer’s Space is free and open daily until 3 March 2019.