A year in as Country Director, ArtsHub speaks with British Council’s Helen Salmon about this year’s wins, and a more understanding future through greater cultural collaboration in 2019.
Gina Fairley
[This is archived content and may not display in the originally intended format.] 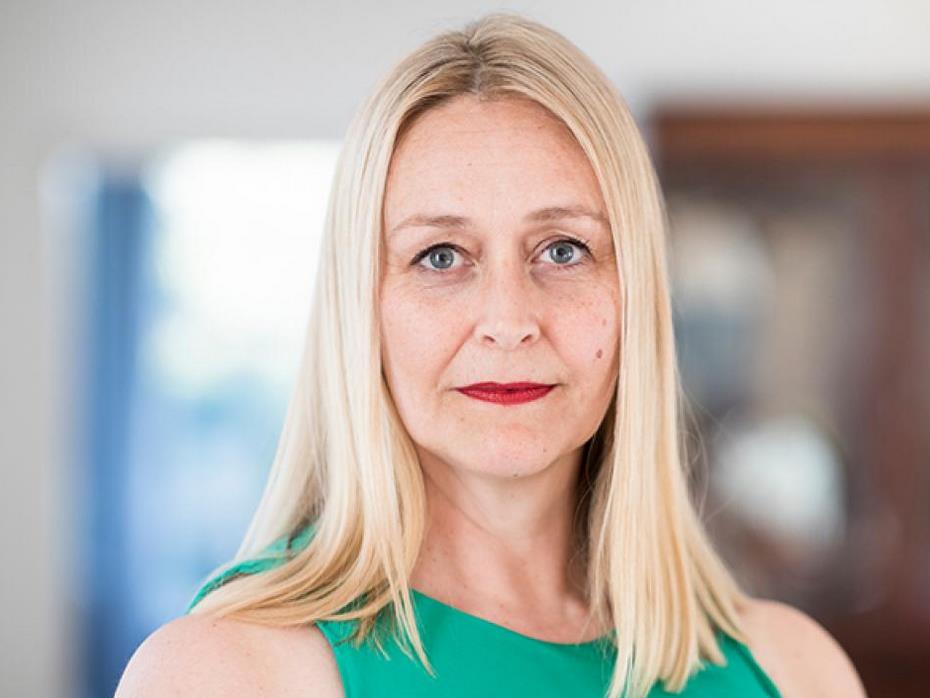 Wrapping up her first year as the British Council’s Country Director for Australia, Helen Salmon said that 2018 had been a year of great change, and a pivotal time for the Australia-UK relationship.

She told ArtsHub: ‘Everyone thinks they live in interesting times, but I see now as a time when trust, openness and connectedness is essential. The core of what we do at the British Council sits around that notion of trust.’

In July, Salmon participated in the UK Australia Leadership Forum, which included a session on how we can work together to strengthen our cultural relations across arts, education and society.

‘Essentially our role is building a deeper understanding of each other,’ Salmon said. ‘Both countries have changed a lot over the last 30 years; we should not make assumptions about each other. It is our role to build knowledge and understanding that is long lasting.’

Australia is now the third largest market for British arts and culture after the USA and Europe, with our universities continuing to collaborate closely on thousands of research projects.

However, as a dual citizen Salmon knows from personal experience of moving between three countries that face-to-face engagement is so important today.

‘While technology is fantastic in bringing us closer, nothing beats our future leaders sitting down together and experiencing each other’s contexts.That is the way for interesting collaborations to happen – people-to-people, institution-to-institution – it’s how trust is built, and how we ensure our outlook is both local and global.’

Salmon continued: ‘People often think that high profile, big tours by big companies equals big impact. That is just the tip of the iceberg in the Australia-UK relationship we are building. I am interested in the depth of relationships, rather than just showcasing our achievements.’

The British Council has done a lot of research on the outcomes from people-to-people exchange, particularly in the area of youth expectations and vision for the future.

‘British Council have been doing research on young people in G20 countries every six months, and Australia is one of those countries. There are two interesting things that have come out of that research, which inform our strategies.

‘One is that young Australian people admire UK higher education and research, reflected in our work  in the education space to encourage institution collaboration and global mobility for young people,’ said Salmon.

‘The second thing on their list was arts and culture, one of the UK’s great fortes. The number one value for both Australia’s and UK’s young people is diversity and inclusion,’ said Salmon. ‘That was fantastic to see. it is really important that we connect with future leaders and we operate in the space of their concerns.’ 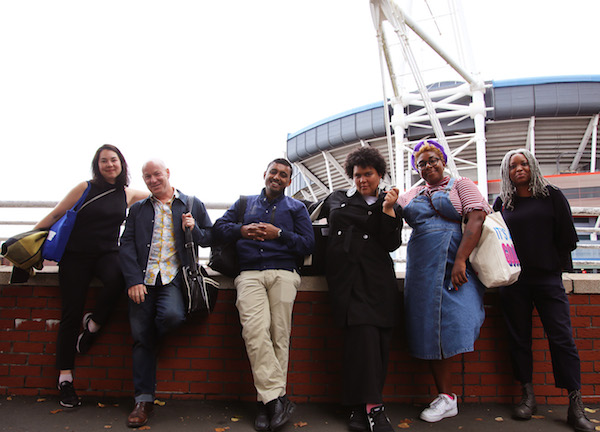 The INTERSECT Cohort at meetings in the UK; image courtesy The British Council

Earlier this year, the British Council launched INTERSECT with DARTS and Creative Victoria. It is a peer mentoring program that targets mid to late career professionals – curators, producers and cultural programmers who identify as coming from minority ethnic, culturally linguistically diverse or First Nations backgrounds –  by addressing barriers and context.

‘We did a year of consultations at the time INTERSECT was being developed, and the one thing identified by the sector, across its diverse art practices in both countries, was that both Australia and the UK were both doing equally poorly in this area of inclusivity.’

Salmon added that there were collective concerns around how our demographics were changing and yet what has been represented on our stages and our screens are not reflective of our communities today.

‘INTERSECT is a program for people who have real velocity and vision. These are the people who will lead our institutions in the future,’ Salmon said.

In September this year, six delegates met in London to begin a nine-month peer mentorship and knowledge exchange. They visited around 40 arts producers. In February 2019, the UK cohort will visit Australia.

The program is designed to not only nurture networks with real outcomes, but also offers a safe space for people at a key point in their careers to access mutual mentoring, support and collaboration.

New collaborations are already emerging from INTERSECT, such as Candy Bowers’ Australian iteration of Inua Ellams’ Rhythm And Poetry Party (or R.A.P Party) in Melbourne; Mikala Tai’s new exhibition at 4A for Contemporary Art, By All Estimates, featuring UK video and visual artist Erika Tan; and Abid Hussain’s talk on The Creative Case for Diversity at Sydney Opera House.

Salmon said that the INTERSECT program is a fabulous example of how a small cohort can make a lasting impact.

‘Here in Australia at the moment, we have identified a particular need around inclusion and innovation in rapidly changing cities. Australia has two top 20 global elite cities – Melbourne and Sydney – while the UK has one – London. But in the UK we have a number of cities that sit in relation with Australia – diverse cities with all kinds of interesting juxtapositions for innovation. Cities are becoming the powerhouses rather than state centres.

‘We are interested in how those changing cities are doing things culturally, and we can learn from city-to-city conversations. It is about being responsive to need, and sensitive to getting the best out of each other,’ said Salmon.

British Council’s support for delegations to connect with UK artists continues goes beyond INTERSECT. This year resulted in the Council’s first music collaborations with MONA FOMA and the Laneway Festivals, and UK work from the British Council Edinburgh Festival Showcase and Unlimited continue to tour Australia. In 2018-19 this includes Nassim, salt., Flight, Our Carnal Hearts, Palmyra, The Nature of Why and The Believers Are But Brothers.

‘Australia took more work than any other country last year from the Edinburgh Festival Showcase, and we bring one of the largest delegations of festival directors – which for British artists means new markets and new opportunities to collaborate,’ said Salmon.

‘The British Council curates the showcases carefully, and if you look back past over the last two years, you can see a shift in the work that is touring into Australia. It is much more accurate representation of what the UK is today’, she added.

Digital on the horizon

The British Council has successful demonstrated how old fashioned human contact and digital and social profiling can go hand-in-hand in shaping an organisation’s value set.

Salmon told ArtsHub: ‘The British Council is very impact focused in a good way. It demands of itself evidence of why it is doing what it is doing, what it is achieving, and that it has real impact appropriate to the countries in which it is working.’

She added that the British Council’s open course program supporting global mobility and remote learning, for example, has had four million enrolments in the last four years.

‘That is a very powerful tool, artists making change in a powerful way’, Salmon reminded.

In 2019 British Council, in partnership with DARTS, will launch a digital platform for better knowledge sharing on cultural diversity in the arts among practitioners and institutions in the UK and Australia.

The platform will be in partnership with Creative Victoria, Western Sydney University and the Institute of Creative and Cultural Entrepreneurship, Goldsmiths, University of London.

‘Essentially it is about creating a platform where policy makers, institutions and artists are able to talk about best practice and current research, what is working, what is held in common and what they could do better. It is a mutual relationship – we both have things to learn from each other,’ concluded Salmon.

Salmon predicts another buoyant year of exchange and opportunities for the arts and cultures sector for 2019, especially as the organization escalates into its 75th anniversary in Australia in 2022.