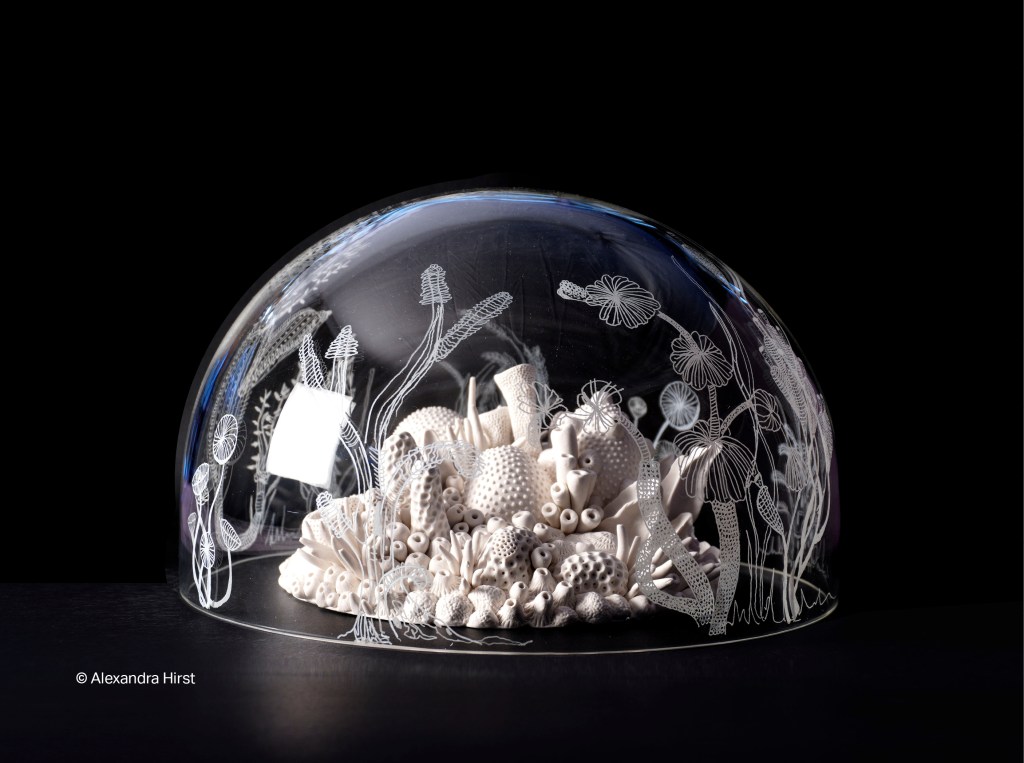 The Prize encourages visual artists to make bold statements about the scientific issues facing our natural world and provides a platform for contribution to the environmental debate. It challenges artists to use all their creative skills to conceptualise and convey these important issues.

‘This year’s Waterhouse Natural Science Art Prize has attracted 495 entries, an increase of 23 percent from the last competition in 2020,’ says South Australian Museum Director Brian Oldman, who is also one of the four judges for the Prize.

‘It has been a popular fixture on the arts calendar since the first exhibition in 2003,’ said Oldman. ‘Over the last 20 years we have seen a range of different art forms bringing together art and science to depict events affecting the natural world, such as climate change and human impact on the environment.’

The Waterhouse Natural Science Art Prize is non-acquisitive with cash prizes of $30,000 for the Open category, and $10,000 for the Emerging category, as well as a $5,000 People’s Choice Award voted on by visitors to the exhibition.  The artworks must relate to the natural world and the sciences associated with it, such as astronomy, biology, chemistry, geology, and physics.  Artists can also make works that address natural history.

Entrants self-identify for the Emerging Artist category which is generally considered to be artists within the first five years of their professional art practice who have not held a solo exhibition. The competition is open to artists of any age, nationality, and level of experience, and attracts national and international interest. This year entries have been received from across Australia, and internationally from Macao, France, and the USA.

‘We have seen the works and the topics evolve over the last 20 years of the Prize, especially into the digital space. In 2020, the winning work was Open Air, an exciting and complex multimedia work by collaborating artists Grayson Cooke and Emma Walker. It used the 2013 album Open, by the Australian cult band The Necks, combined with time-lapse Landsat satellite imagery of Australia from Geoscience Australia’s Digital Earth Australia project, with videography and aerial macro-photography of paint and paintings. It was incredible to see that art is being created beyond the more traditional media of sculpture or a painting,’ said Oldman.

The Emerging Artist Prize was awarded to a beautiful chandelier created by South Australian artist Rebecca McEwan. The artwork explored the ancient wisdom of human connection with bees and the visceral experience inherent in the relationship between bees and humans. Each glass drop on the chandelier containing honey which represented the life’s work of a single bee.

showcase 69  finalist artworks and makes a compelling statement about the scientific and environmental issues as seen through the eyes of the artists. These are their observations on society and the world around them, expressed through the various art forms. The artworks may be profound, beautiful, confronting, or surprising, and together they form a remarkable exhibition and a unique exploration of the natural world.

Finalists in the 2022 exhibition have been selected by the panel of judges with a mix of expertise in the arts and sciences.  Brian Oldman is joined this year by astrophysicist Professor Alan Duffy, leading arts curator Kelly Gellatly, and Samstag Museum director Erica Green. The works are assessed on their artistic merit and on the strength of their strategic storytelling through their art.

Winners of the Open and Emerging categories will be announced on 2 June with the exhibition opening to the public on Saturday 4 June. Selected works will also be part of a touring show later in the year.

‘In the last couple of years, global events have brought us closer to science in our daily lives,’ Oldman said. ‘I hope everyone viewing the exhibition leaves feeling both artistically enriched and scientifically informed.’