There’s never been a better time to stage a political satire.
Glen Falkenstein
[This is archived content and may not display in the originally intended format.] 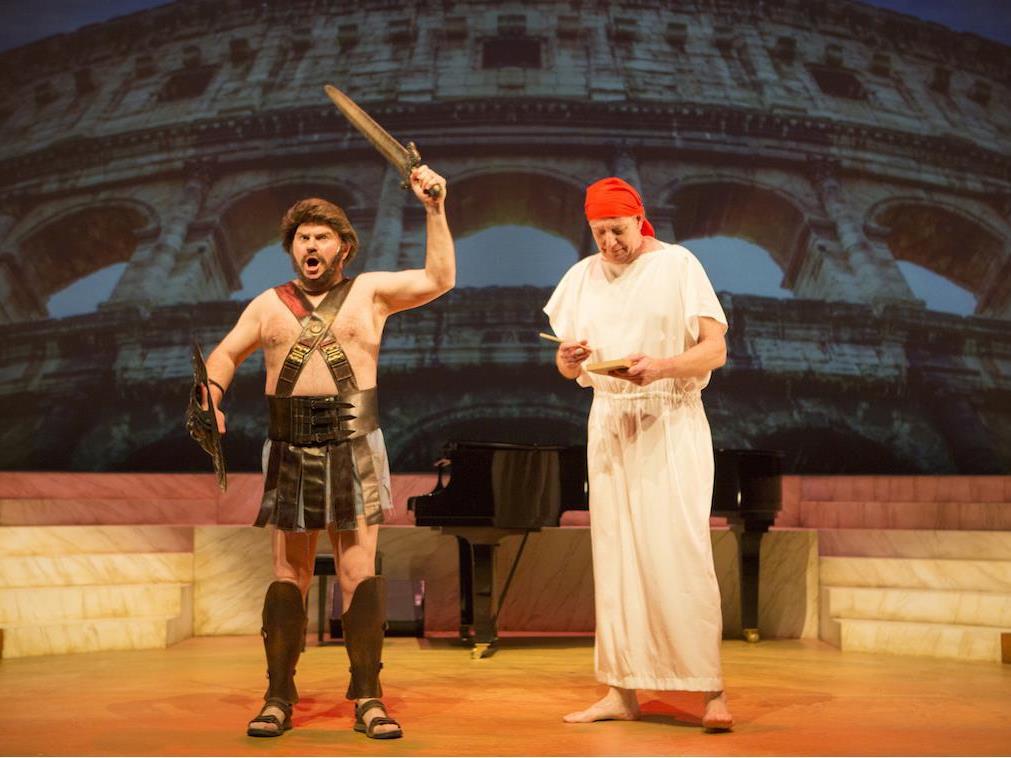 Coinciding with the first sitting week of the new Parliament, the Wharf Revue is back with no shortage of material direct from the halls of power. Lampooning the recently affirmed Federal cabinet to no end and stopping to skewer almost every member of the lively cross-bench, this year’s Revue is very up to date and quite possibly can’t believe its luck given all the political machinations ripe for satire both here and abroad.

Kicking off in an ancient Roman Senate with readily familiar characters drawn from our own, for the first several sequences wordplay abounds in witty repartee boasting almost a joke per line – the parodic names of some the ancient Senate elders alone a treat for the politically-savvy and fans of the classic Asterix comics series. The Christopher Pyne impersonation, amongst others, proved an uproarious highlight of the show.

A great deal of fun and the stand-out segments of the night, the Roman amphitheatre abruptly gives way to a certain risqué performance by a certain former Prime Minister at the Manly Surf Lifesaving Club, before very, very quickly shifting to much darker fare.

Among many piano-centric and musical renditions, often drawn distinctly from well-known and much-loved hits, an early number featured centred on much more consequential real-world events, closely followed by a skit called ‘Disney on ISIS.’ Both jarringly different from the significantly lighter sketches immediately prior, performances designed to instigate a reaction or mar typical sensibilities are not an uncommon feature of Revues past nor unengaging. The very sudden switch in tack and tone to the show’s testiest material however, rather than preceding the markedly different acts with a gradual build-up of the like, meant it wasn’t all too easy to immediately appreciate or engage with what was a distinctly different style of comedy.

A minimal production well-staged at Riverside Parramatta, one key sequence featuring sole female performer Katrina Retallick front and centre was woefully lit, casting literally a long and unnecessary shadow, one of a few lighting problems on the night including a somewhat wayward spotlight.

Inevitably shifting to American politics, Retallick’s Hillary Clinton impression was one of the more refined and humorous of numerous efforts seen on SNL-esque entertainments around the world. Rounding out the show with the newly-minted Republican Presidential candidate and reality TV-star, the Revue took a highly unusual risk which paid off in droves – lampooning the figure not by writing original or exaggerated material, but choosing instead to simply transcribe his real-life remarks for use in multiple, pointed skits.

An enjoyable night for those even ever-so-slightly in the know about all things Government, the Wharf Revue 2016 had no end of material to draw on and chose its targets well.

The Wharf Revue Back to Bite You