EMI: The sixth studio album from Icelandic post-rock band Sigur Rós is the group’s most introspective and ambient release to date.
Richard Watts 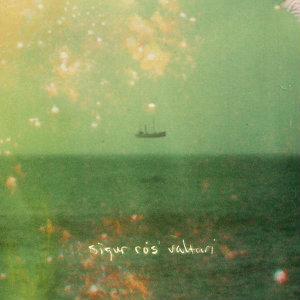 Opening gently, with hissing breath and soft crooning, akin to the sound of the sea sighing on the black basalt beaches of Vík í Mýrdal, Valtari – the sixth studio album from Iceland’s Sigur Rós – is the group’s most introspective and ambient release to date. It’s a surprising reversal of the path the band seemed to be heading down given the infectiously upbeat nature of their previous album, 2008’s Með suð í eyrum við spilum endalaust (‘With a buzz in our ears we play endlessly’) and a subsequent, vibrant solo album, Go, from lead singer, Jón ‘Jónsi’ Þór Birgisson.

The first track, ‘Ég anda’ (‘I Breathe’) is a sound painting of subtle textures – breath, softly sung vocals, whispering strings – which late in the piece plunges into a subterranean world of deep bass tones and faint, fuzzed-out guitar. This segues smoothly into ‘Ekki Múkk’ (‘Not a Sound’), constructed around Jónsi’s familiar, fragile falsetto and quavering strings, with piano adding depth to the mix; a rich swirl of emotionally laden sonic textures; sorrowful and sombre yet somehow hopeful and light, that eventually subsides into solemnity and stillness.

‘Varúð’ (‘Caution’) is a haunting, shivering track of great beauty on which the restraint of Valtari is truly revealed – the crashing surge of drums familiar from previous Sigur Rós albums such as Ágætis byrjun and ( ) builds in the mix but never dominates; instead, Orri Páll Dýrason’s vibrant percussion intertwines with shimmering guitars and a quicksilver choir of high, ethereal voices to spectacular, startling effect.

‘Varðeldur’ (‘Campire’) continues the sweetly melancholy tone; it’s ambient and otherworldly, subtle and fragile; an ethereal sonic mist. Title track ‘Valtari’ (‘Roller’) and the album closer, ‘Fjögur píanó’ (‘Four Pianos’) are equally ambient and enigmatic, but no less beautiful; the former a stately blend of strings and soft chimes, the latter, as its name suggests, a quietly confident keyboard sarabande.

Valtari is the sound of a highly successful band looking inwards to identify what it is that makes them unique and emphasising what they found. Instead of post-rock bombast and drama, they have focused on silence and stillness, subtlety and meditative calm. It’s a risky move given their ever-widening appeal – some listeners will be deterred by the album’s lack of immediacy, while the band’s detractors will dismiss it as ephemeral and dull. Fans and afficiandos, however, will greet it as a confidently crafted, perfectly controlled example of what Sigur Rós do best.