A pantomime that feels past its peak, though it hits all the right notes for fans of the genre.
Jenna Schroder 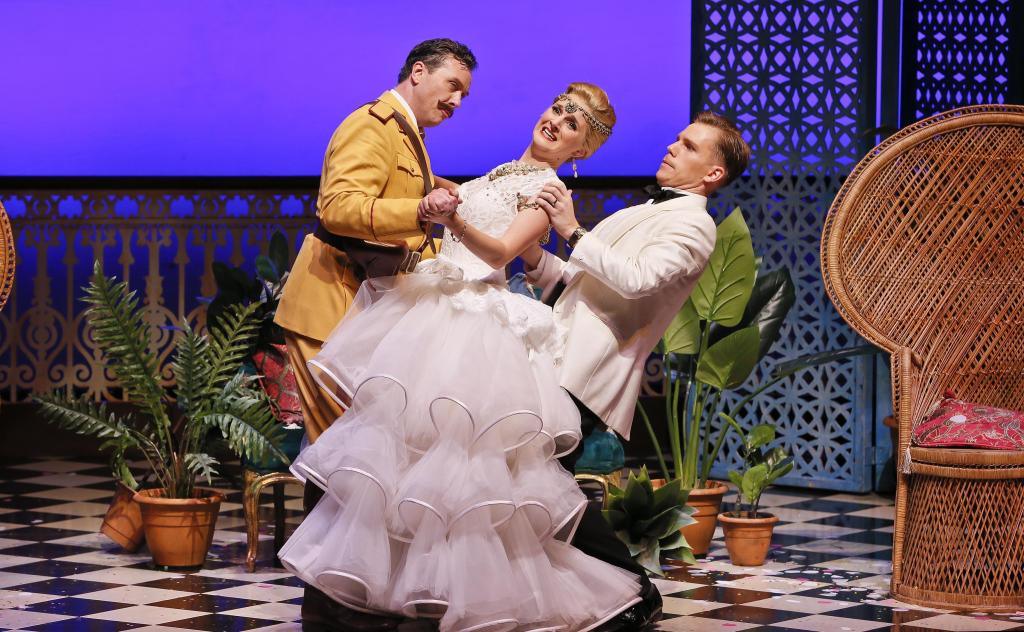 Two Weddings, One Bride is a new work by Robert Andrew Greene that brings beloved operettas altogether into a short and sweet 90-minute production. In between the well-known numbers, with some given new English lyrics, Greene has woven a farcical story that harks back to Gilbert and Sullivan silliness.

Identical twins Girofle and Girofla, both performed by Zoe Drummond, are set to be married in order to settle their father’s debt. But it all goes awry when Girofla is kidnapped by pirates and Girofle finds herself with no choice but to marry both the debt collectors – a freeloading banker’s son and a gun happy military man. It is up to Girofle to keep up the ruse until Girofla is rescued.

The story is simplistic and the jokes are unapologetically cringe-worthy. While Greene has succeeded in capturing a sense of old music hall entertainment and humour, the story can’t escape the feeling of being well past its peak.

But, much like frequently performed Gilbert and Sullivan productions, Two Weddings, One Bride entertains and charms its older audience.

The cast are given free rein to lean into camp, pantomime performances and the audience laps it up. This comical style sits best with Michael Petruccelli, in a number of roles, and Andrew Jones as General Modigliani. They grab their jokes by the horn and have impossibly high energy. Despite having less comedic material to play with, Drummond is vivacious and Nicholas Jones, as Marasquin, shows his talent for slapstick. Geraldine Hickey, as mother of the two girls, delivers lines with acerbic wit while John Bolton Wood plays a long suffering husband to much amusement from the audience.

The cast’s voices are well matched to the piano and violin and the theatre is easily blanketed in their sound. Nicholas Jones has a warm and romantic tone and Drummond’s upper register is delicately pristine, exciting the crowd.

The production is awash with rapid costume changes, an impressive spectacle in and of itself that lets costume designer Tim Chappel play with strategic design. The costumes are as inventive as they are lush, with Chappel maintaining a sense of over-the-top fun for each garment.

For fans of Gilbert and Sullivan, pantomime and traditional gags, this is a tried and true production performed with gusto.