Playing with the entangled possibilities of art, life and love.
Anna Westbrook 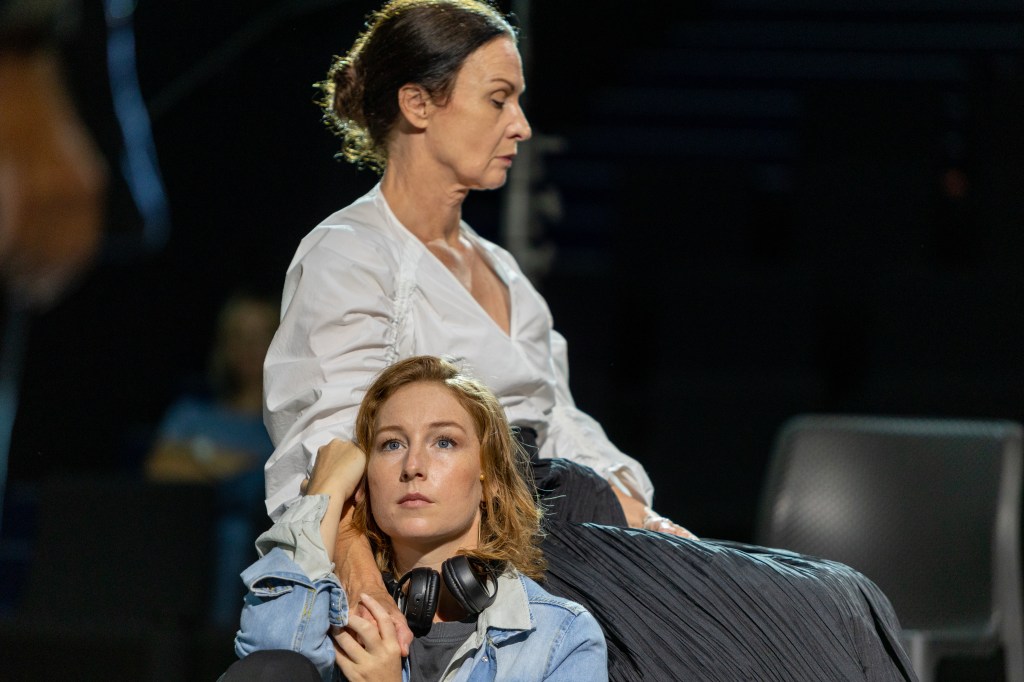 Adapted by Tom Holloway from Heather Rose’s Stella Prize-winning novel, The Museum of Modern Love considers the fascinating popularity of performance artist Marina Abramović’s 2010 MoMA spectacle The Artist Is Present. While thousands of people attended the mesmerisingly opaque feat of endurance: Abramović sitting for months silent and unmoving in a chair as gallery visitors lined up for the chance to spend time seated in front of her, Rose’s novel unpicks what that experience means for a number of characters. Holloway chooses to utilise a cast of eight, all present on a minimalist stage, and whittle down the crux of the dramatic arc to the story of film score composer Arky Levin (Julian Garner) who is dealing with his separation from his dying wife Lydia (Tara Morice).

Many think pieces and theses have been written about the significance of The Artist is Present in a contemporary world mostly stripped of attachment to traditional religion and objects of worship. Abramović in the play is never personified, the audience here is watching the audience there simply react to a blank space, where we, too, can project our existential insecurity and longing. Abramović herself has said ‘the artist shouldn’t be an idol’, yet those in her presence (which was filmed and documentarised) purport feelings of transcendence, connection, grief, and meditation.

The performance is leavened by humour in how seriously some of the onlookers grapple with the question ‘but is it art?’ Footage of faces responding to the work play effectively on a screen, and the nuance of emotion is gripping. The choice to focus on Arky’s story is an understandable one for dramatic purposes, however one wonders at the loss of diversity in the telling. So many of the people who visited The Artist is Present were not the perhaps predictable NYU PhD students. Indeed, the diversity of age and cultural background was most impressive: it had the city talking about art and wanting to engage, from cab drivers in the Bronx to Jay-Z’s infamous rap session in the gallery.

While Garner’s performance is solid; he’s a middle-aged white man daily regarding Abramović, and seeking external meaning while dealing with pre-emptive grief, missing pieces from Rose’s novel underscore what some audience members of the original MoMA show expressed: a frustration and a resistance to be moved by something that was, to them, overtly emotionally manipulative.

The strongest parts of the production are the snatches of conversation we can suspend disbelief we are overhearing, drawing us in to what was essentially a now legendary piece of ephemera: ‘you had to be there’. The talismanic quality of being close to the artist that two women discuss (‘I think I can smell her’, one says), is a fascinating vivisection of what our screen-dominated culture lacks, and, in the new era of COVID, appears now even further away.