A peek at our nation’s political past confirms that the more things change, the more they stay the same.
Sarah Halfpenny 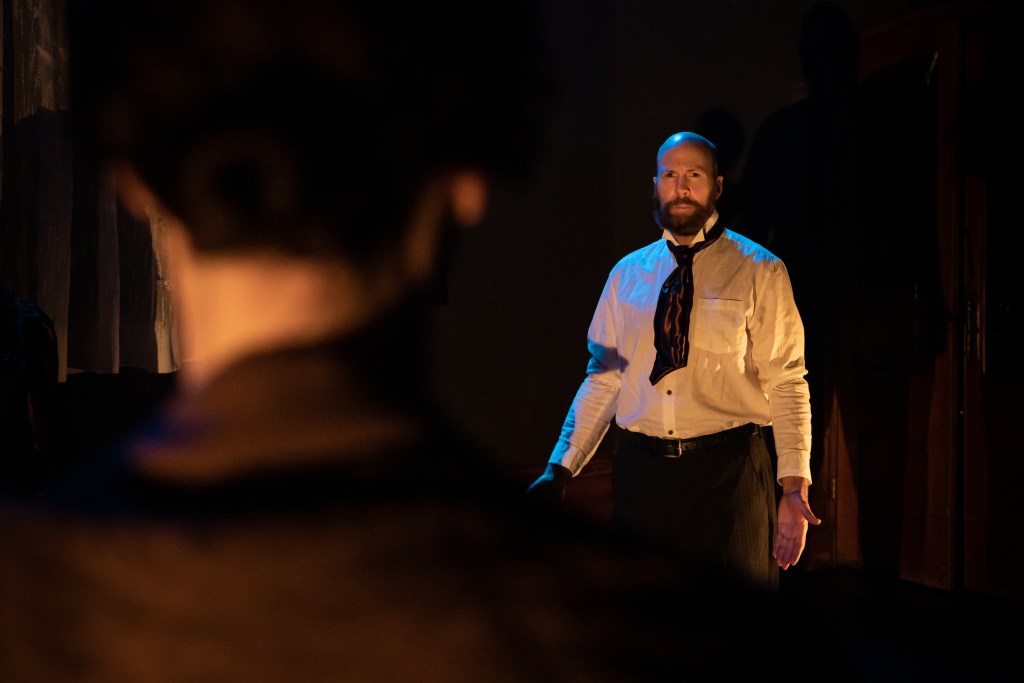 ‘Interestingly, and sadly, many themes and issues that Deakin grappled with during his lifetime are still echoed in today’s society.’ Photo by Darren Gill.

If timing is everything, then the timing of the launch of Talking to the Future in the same week that the US Supreme Court overturned Roe vs. Wade was less than ideal. Top of mind for many these past few days has been the seemingly unbridled power of white men to control the destiny of a nation, so hearing another story of a white man shaping and controlling the destiny of our nation didn’t feel like the balm we needed right now.

The story of Alfred Deakin – Australia’s second Prime Minister and a leader of the movement for Federation – is undeniably fascinating, and the heavily researched play presented many little-known facts about his personal, spiritual and political life. There would be few among the audience who could claim to not come away more informed.

Interestingly, and sadly, many themes and issues that Deakin grappled with during his lifetime are still echoed in today’s society – racism, sexism, social inequality, and the intersection of religion and politics.

Unfortunately, there was nothing innovative or engrossing about this delivery of Alfred Deakin’s story, leaving it feeling like a school history lesson rather than an afternoon of edutainment. Monologues masquerading as dialogue between characters were too lengthy and stilted, with the language feeling at times too formal and unnatural, and difficult for the actors to convey without excessive earnestness.

The performances from the cast fluctuated from wooden to worthy. It was a shame that there were a few instances of stumbling over forgotten lines (and an inability to cover them with improvisation) as it distracted and detracted from the overall enjoyment of the work.

The deliberately sparse staging worked well, and the costuming felt authentic. The accompaniment of live music (Joe Bourke on piano) is always a plus and in this case, it added elements of cordiality and fluidity to an often-staid atmosphere, which was presumably an intentional reflection on the conservative times the play is set in.

As a work of art and entertainment Talking to the Future felt like being read to from a history book, and was another reminder of the patriarchy at play that felt particularly difficult to digest at the current time.

Talking to the Future will be performed until 3 July 2022.