A play as much about life as it is about death.
Gillian Wills 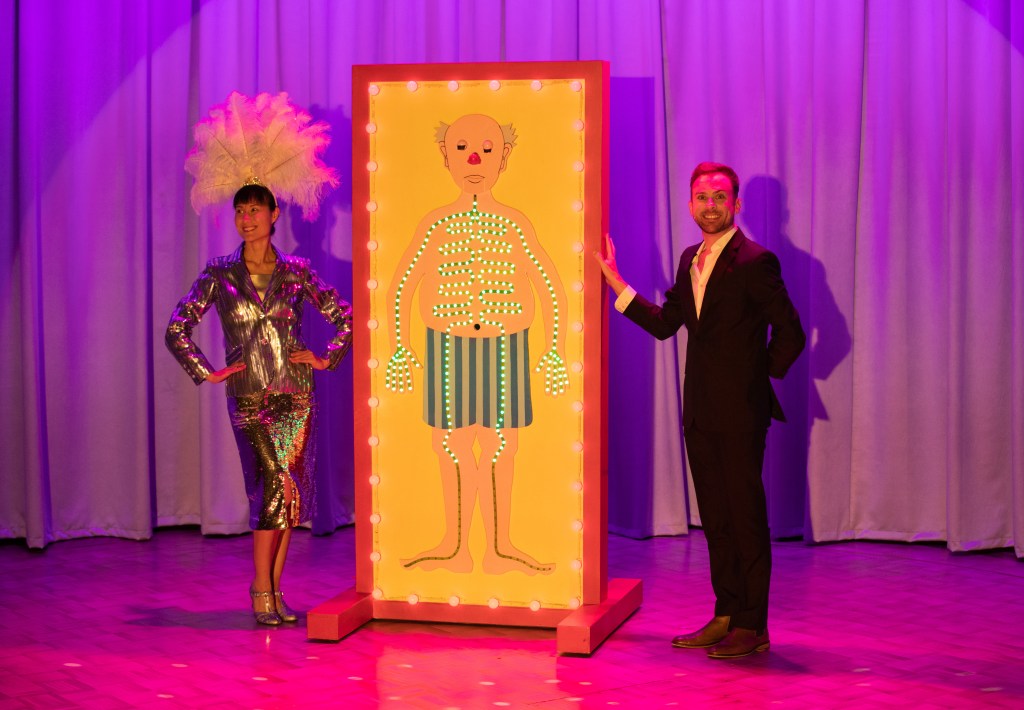 Steve Pirie’s Return To The Dirt, winner of the Queensland Premier’s Drama Award 2020-2021, is the story of Steve, a young man who has moved back to Toowoomba, his home town, to save up for his wedding to Claire. Jobs are thin on the ground and after too many unsuccessful job applications, he scores a job with a Toowoomba funeral home.

Pirie himself plays The Playwright, a narrator who steps in now and again to add perspective or reveal gnarly truths about what happens to a body in a funeral home. What processes are involved in making a corpse sanitary and presentable for cremation or burial?

Death was once a taboo subject: children didn’t attend funerals, terminally ill patients were not necessarily told they were dying, funeral homes were whispered about, and, until the 1960s, the colour purple wasn’t a fashion staple because of its association with funerals. But over the years, other theatrical excursions have put death and funeral parlours at their creative heart, including long running British comedy series In Loving Memory, US drama series Six Feet Under (focused on a dysfunctional family who jointly owned a funeral home) and more recently, the musical Fun Home.

Pirie’s script has been described by Lewis as a love letter to women funeral directors. The resilient character Deb, insightfully and skilfully projected by Jeanette Cronin, is an extensive, demanding woman’s role. Refreshingly, Deb is not defined as a mum, lover, wife or carer but rather by her status as a weathered, respected professional.

Deb spouts home truths, universal wisdom and wry humour as she inducts Steve, transforming him from someone who is initially gauche, enthusiastic and charming into a competent practitioner. Mitchell Bourke as Steve makes a good fist of it and his upwardly coiffed hairdo levels out as his over-zealous dedication consumes him and he slips into clinical depression. He is distant. He can’t or won’t talk about his feelings or his profession with his fiancé.

Claire, energetically played by Sophie Cox, is annoyed at Steve’s indifference to the wedding preparations. Claire, unlike Deb and Steve, isn’t a fleshed-out character; her life’s purpose seems exclusively ‘bridal’ and she comes across as a marriage-obsessed pest when she rings Steve at work to talk colour schemes and cakes.

In the second half, the silence sharpened considerably in the climactic peak when the young couple have a wounding, shouty row.

Chris Baz stylishly inhabited several cameo roles, as did Miyuki Lotz, and these accomplished actors added depth and humour to the production. Credit should go to Julian Starr, whose sound design sparked just the right tone, while Ben Hughes’ authentic lighting illuminated the setting and the emotional gamut with flair.

The play itself, as much about life as it is about death, strikes a fine line between comedy and intriguing, bittersweet storytelling. At various junctures, there’s a touch of the maudlin or an over-sentimental spin and the narrator’s final words present as superfluous mansplaining.

This funny, bold world premiere under Lewis’s astute direction was confronting – the recently bereaved should stay away – and yet its audience was whisked away to an unusual yet entertaining tableau in one of Queensland’s notable country towns.