A story of such depth and nuance that there is enough to tantalise both children and adults alike.
Victoria Wyatt 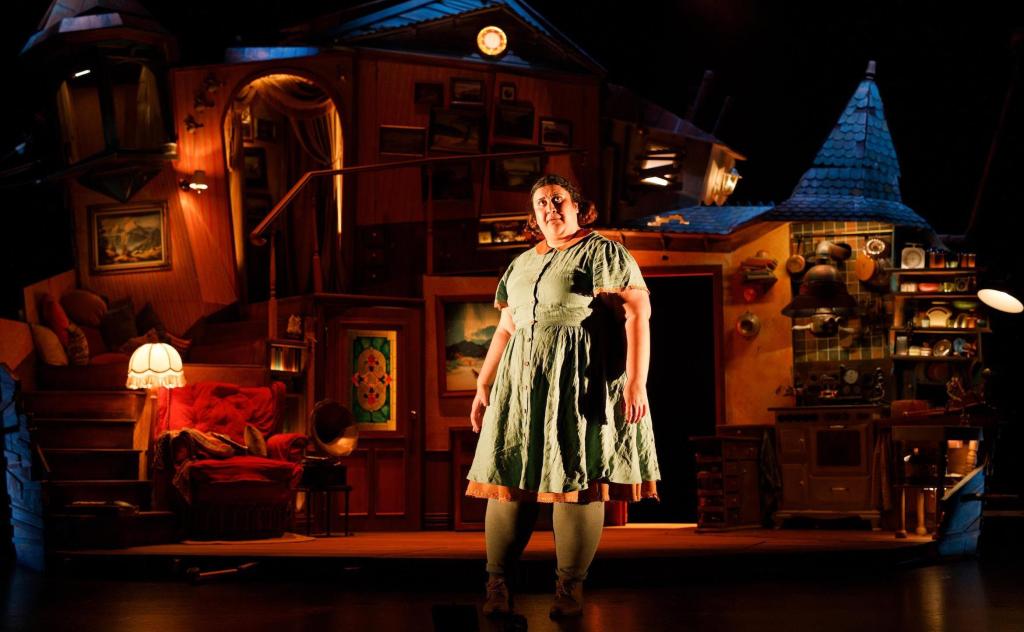 Children’s theatre is swiftly becoming my new favourite genre, as in Perth at least, these seem to be the shows into which the most effort, imagination, thought and creativity are being put. Companies like Spare Parts Puppet Theatre, The Last Great Hunt and Barking Gecko all putting out extraordinary little stories that more often than not either make me, a grown adult, burst into laughter or cry like a baby.

HOUSE is a World Premiere production co-produced by Barking Gecko Theatre and Perth Festival and there is no way to describe it other than an absolute delight, and all synonyms therein.

Featuring a cast of three loveable characters and a magical flying home, HOUSE is a heart-felt and hilarious mad-cap adventure fairy-tale of friendship and belonging that is a fun-filled escapade for the whole family.

‘HOUSE is a World Premiere production co-produced by Barking Gecko Theatre and Perth Festival and there is no way to describe it other than an absolute delight, and all synonyms therein.’

Suitable for ages eight and above, the story follows Cathelijn (pronounced Cat-a-line), who finds herself alone in the centre of a dark forest, with no friends or family to turn to. In that moment, Cathelijn sees the house, a higgledy-piggledy mess of a place as tall as the trees. Inside, she finds Piotr, a small boy who never stops talking, and Elka, a grey-haired explorer who insists they keep the curtains closed tight. When they suddenly launch into the air and set off across the sky, Cathelijn learns that this is no ordinary house: it’s a rescue house, and it rescues the Loneliest Child in the World.

So begins an extraordinary adventure that takes Cathelijn, across the world and deep inside herself, on a journey of self-realisation and self-determination. It is a story of such depth and nuance that there is enough to tantalise both children and adults alike.

When the house is unveiled, there is an audible sigh from the audience as the set is pure magnificence. I cannot tell you how refreshing it is to see a WA made set whose overarching need to be packed into a crate or truck is not frightfully obvious from the start!

‘House’ is really the main character in this show and designer Charlotte Lane along with Contraptions Designer Philip Millar have created a moving masterpiece of such exquisite detail and magical surprises that as a standalone set it would grab and hold an audiences attention for a great deal of time. Every nook and cranny is perfectly crafted and styled and finished to a degree that is worthy of a West End or Broadway stage, work not seen in West Australian shows as often as one would like.

Chanella Macri (Cathelijn), Isaac Diamond (Piotr) and Nicola Bartlett (Elka) are all entirely captivating and believable in their roles and their interactions with each other, and ‘house’ as a character is charming and endearing and simply everything you want theatre to be. This show holds you wholeheartedly and immediately with its red door and quick paced start, and almost literally brings you back to earth as the show finishes.

Brought to life by playwright Dan Giovannoni and Barking Gecko’s Artistic Director Luke Kerridge, the duo behind the Helpmann Award-winning stage hit Bambert’s Book of Lost Stories, Perth Festival Artistic Director Iain Grandage continued the festivals long tradition of helping create extraordinary theatre that inspires children to imagine the world anew. Director Luke Kerridge said HOUSE had been developed over a period of almost four years, but it had taken on new resonances for these times.

‘The play explores loneliness and isolation, but also how resilience can lead us to a place of belonging,’ Kerridge said. ‘Ultimately HOUSE is a work of hope, that will offer children a unique way of interpreting our ever-changing world.’

The struggles and rescues within this story are definitely more poignant in this COVID ravaged world, and although this story is not as exquisitely written as ‘Bambert’ as the concepts are a little bigger and broader, it is an important tale nonetheless. Kerridge sums HOUSE up as a contemporary fairy-tale that is classic in its symbols, yet contemporary in its concerns.

I would sum it up as a pure delight and will be dragging my friends, with or without kids to every future season.